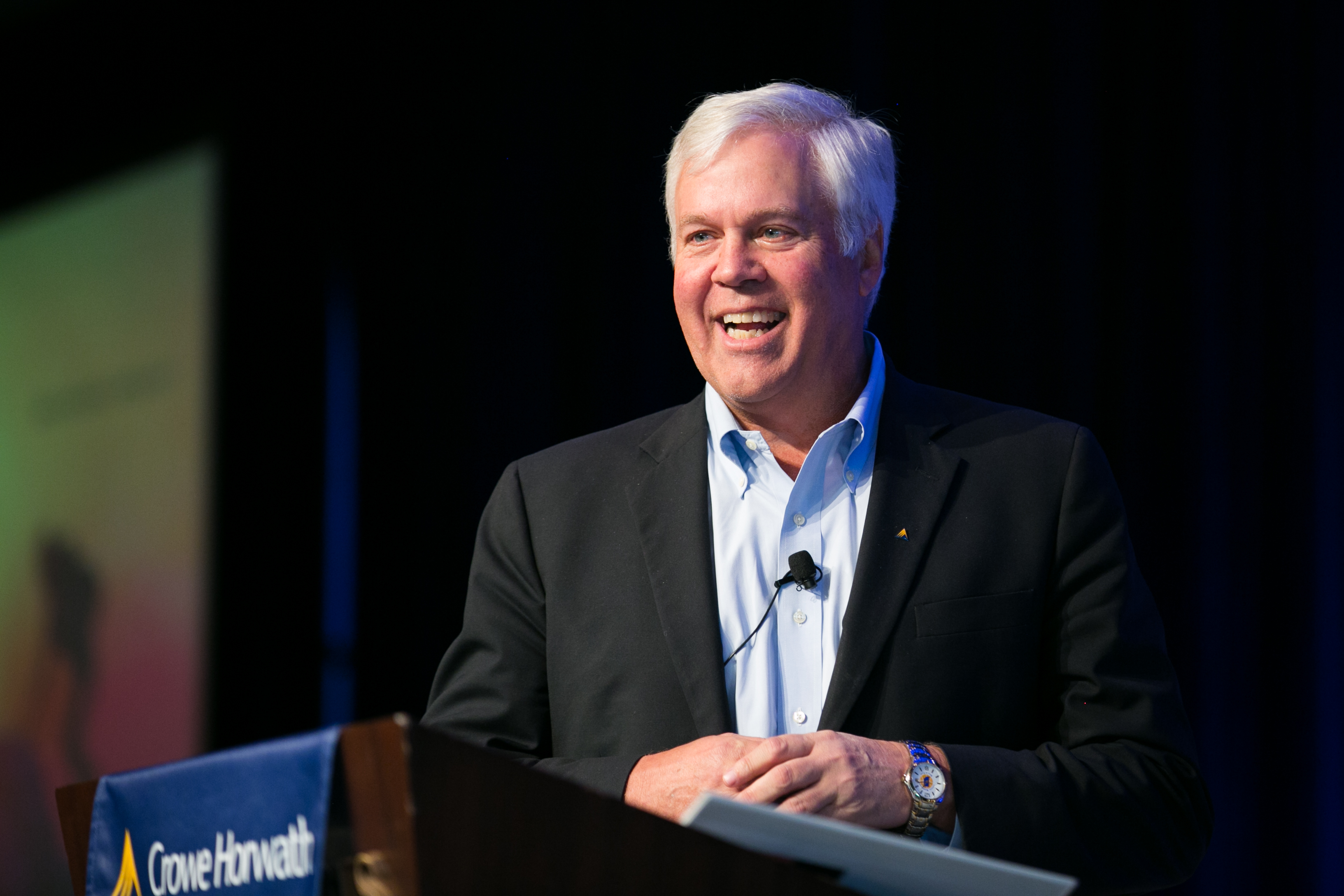 CHICAGO (Feb. 1, 2018) – Crowe Horwath LLP, one of the largest public accounting, consulting and technology firms in the U.S., has announced that Jim Powers has been reappointed as CEO. Powers’ CEO term has been extended to March 31, 2021.

The Crowe board of directors, which governs the firm and oversees its CEO selection process, asked Powers to continue in his role. “Under Jim’s leadership, Crowe has enjoyed a great deal of success from executing toward his vision of ‘Deep Specialization,’ ‘One Crowe,’ and Crowe as a technology firm,” said Wendy Cama, chair of the Crowe board of directors. “Given this success, the board approached Jim about continuing as CEO, and we mutually agreed on a two-year term extension. I congratulate Jim on his well-deserved reappointment as CEO.”

Since the beginning of Powers’ tenure, the firm has increased its annual revenue by nearly 15 percent and increased its personnel by 18 percent. The firm’s people engagement index score, a measure of personnel engagement determined through a third-party administered survey, has increased five points to 90 since Powers began as CEO, a record high for Crowe and 11 points higher than the professional services norm. According to Cama, much of this growth and success can be attributed to a number of initiatives put in place under Powers, including:

“It has been a true privilege to serve as CEO, and I’m eager to keep working toward our future,” said Powers. “I’ve learned so much from this experience and am thrilled to continue during this exciting period as the industry incorporates technology into all that we do.”

About Crowe Horwath
Crowe Horwath LLP (www.crowehorwath.com) is one of the largest public accounting, consulting, and technology firms in the United States. Crowe uses its deep industry expertise to provide audit services to public and private entities while also helping clients reach their goals with tax, advisory, risk and performance services. Crowe is recognized by many organizations as one of the country's best places to work. Crowe serves clients worldwide as an independent member of Crowe Horwath International, one of the largest global accounting networks in the world. The network consists of more than 200 independent accounting and advisory services firms in nearly 130 countries around the world.