Five things to know about the House international tax proposals

The House Committee on Ways and Means recently released details of the tax proposals included in the committee’s budget reconciliation bill. The proposals contain significant changes for many U.S. corporate taxpayers, including an increase in the tax rate from 21% to 26.5% for corporations with income of more than $5 million. Additionally, the bill contains changes to the international rules for global intangible low-taxed income (GILTI), foreign tax credits (FTC), the deduction for GILTI and certain other foreign income, and the base erosion and anti-abuse tax (BEAT). Following are five things to know about these international tax proposals:

As currently enacted, taxpayers determine their taxable GILTI inclusion by aggregating amounts of tested income or loss, tangible asset basis, interest expense, and other items across all controlled foreign corporations (CFCs) owned by the U.S. shareholder. The proposal would require country-by-country application of these rules. That means that tested losses in one country would not be allowed to reduce the GILTI inclusion related to tested income in another country. However, individual country tested losses would be allowed to be carried forward and available to offset tested income in a future tax year. Additionally, the allowable reduction to GILTI for the investment in qualified fixed assets would be reduced from 10% to 5% of a CFC’s qualified business asset investment.

Existing law allows U.S. corporate taxpayers to deduct up to 50% of their GILTI inclusion, along with a 37.5% deduction for foreign-derived intangible income (FDII). These deductions under IRC Section 250 lower the overall effective rate on GILTI and FDII to 10.5% and 13.125%, respectively.

The proposed changes would reduce the deduction percentages to 37.5% and 21.875% for GILTI and FDII, respectively. When the change to the deduction percentage is combined with the proposed increase to the corporate tax rate, the effective tax rates on GILTI and FDII would be 16.5625% and 20.7%, respectively. Additionally, the IRC Section 250 deduction no longer would be limited by taxable income and therefore could create or increase a net operating loss.

Under current law, taxpayers compute the FTC limitation for each separate category (or basket) of foreign source income. Like the changes in the methodology to compute GILTI, the proposed changes would require taxpayers to determine the FTC limitation on a country-by-country basis. This change is intended to prevent taxpayers from using FTC credits from high-tax countries to offset foreign source income from low-tax countries.

Other proposed changes are more taxpayer favorable. The only deduction allocable to the GILTI basket would be the IRC Section 250 deduction. In addition, the current limitation (or “haircut”) for deemed paid FTCs on GILTI would be reduced from 20% to 5% of the attributable foreign taxes. However, when these changes are combined with the other changes to the FTC and GILTI rules, taxpayers would be subject to incremental U.S. tax on GILTI in countries with an effective foreign tax rate of less than 17.4%, compared to the 13.125% under current law.
Sign up to receive the latest tax insights as well as tax regulatory and administrative updates.
Subscribe now

BEAT essentially is a minimum tax for U.S. corporations with more than $500 million in gross receipts that have significant deductions paid to foreign related parties. Therefore, the tax has a significant impact on both foreign-owned corporations and U.S.-owned multinational corporate taxpayers. The tax rate under the BEAT regime is 10% through 2025 and 12.5% thereafter. The proposal would amend these rates to 10% through 2023, 12.5% in 2024 and 2025, and 15% in 2026 and thereafter.

The proposal also would modify the tax base subject to the rates under BEAT by, for example, disallowing payments to a foreign related party that are included in cost of goods sold. However, payments subject to an effective rate of foreign tax equal to or more than the applicable rate under BEAT would be excepted from the definition of a base erosion payment or tax benefit and, therefore, not subject to the minimum tax.

At this time, the prospects for enactment of these proposals remains uncertain. The overall budget reconciliation bill is subject to change as it proceeds to the House floor. However, release of these proposals is notable in that they contain important differences from recent international tax proposals put forth by President Joe Biden’s administration and draft legislation in the Senate. Multinational taxpayers should continue to monitor these legislative developments and consider modeling the impact to better anticipate future consequences. 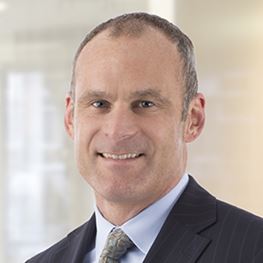