Many businesses and consumers experienced the effects of inflation during 2021. An inflationary economic environment is a great time to consider electing the last in, first out (LIFO) inventory method as a tax planning opportunity for taxpayers that maintain inventories and that have not previously used the LIFO method. The potentially favorable tax results of electing LIFO typically increase for taxpayers in industries that are more deeply affected by inflation.

The LIFO method of valuing inventory is defined under IRC Section 472 and generally is available for taxpayers engaged in either the production or resale of goods. It is a cost flow assumption for inventory in which the cost of goods most recently acquired is deducted first while the cost of goods acquired earlier is deducted last, typically resulting in increased tax benefits in times of inflation.

When inventory quantities are constant or increasing, LIFO benefits arise each year based on the inflation a taxpayer experiences, as more recently acquired higher-cost goods are deducted as the cost of goods sold, in lieu of the earlier acquired, lower-cost goods. This difference generally is referred to as a LIFO reserve. During periods of deflation, however, a LIFO taxpayer might experience an adverse tax effect as recently acquired lower-cost goods will be deducted in lieu of earlier acquired higher-cost goods.

Assuming a LIFO taxpayer experiences net inflation on cost and inventory quantities are increasing, the taxpayer’s LIFO reserve accumulates over time as it builds layers of inventory associated with each year’s inventory increases (increments). However, for any years in which inventory decreases (decrements) are experienced, a portion of prior-year LIFO reserves is recaptured based on the magnitude of such decreases. Absent a decrease in the quantity of inventory or deflation of inventory costs, the LIFO reserves and related benefit of tax deferral generally are indefinite for a taxpayer.

Making the LIFO election for 2021

LIFO elections are filed by attaching a Form 970, “Application to Use LIFO Inventory Method,” to the taxpayer’s income tax return for the first tax year to which the election will apply. However, taxpayers electing to use a LIFO method of accounting are subject to a book conformity rule, meaning that the annual financial statements to shareholders, creditors, or other external parties also must be presented on the LIFO basis. This requirement can affect the timing of when the LIFO election can be made as the financial statements generally are completed well in advance of filing the tax return.

Significant inflation occurred in 2021, increasing costs across many different industries and products. For taxpayers experiencing higher costs due to inflation during 2021, electing the LIFO method for inventories might provide a meaningful reduction in taxable income. Taxpayers should be mindful that these benefits are sensitive to future inflation or deflation, which can be unpredictable. Furthermore, any future inventory decreases will erode the LIFO benefits accumulated. Within an overall LIFO method, there are a multitude of different submethods and variations available regarding how a taxpayer measures inflation and reflects the changes in inventory quantities.

Taxpayers considering LIFO elections for 2021 will need to act quickly to coordinate with their tax, audit, and accounting advisers. Additional issues will need to be considered based on each taxpayer’s facts and circumstances. For taxpayers with increased inventory costs due to inflation, a LIFO election might be worthwhile. 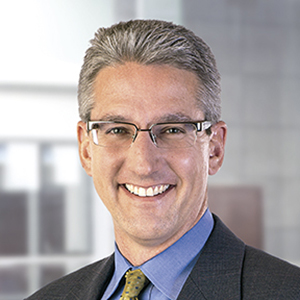