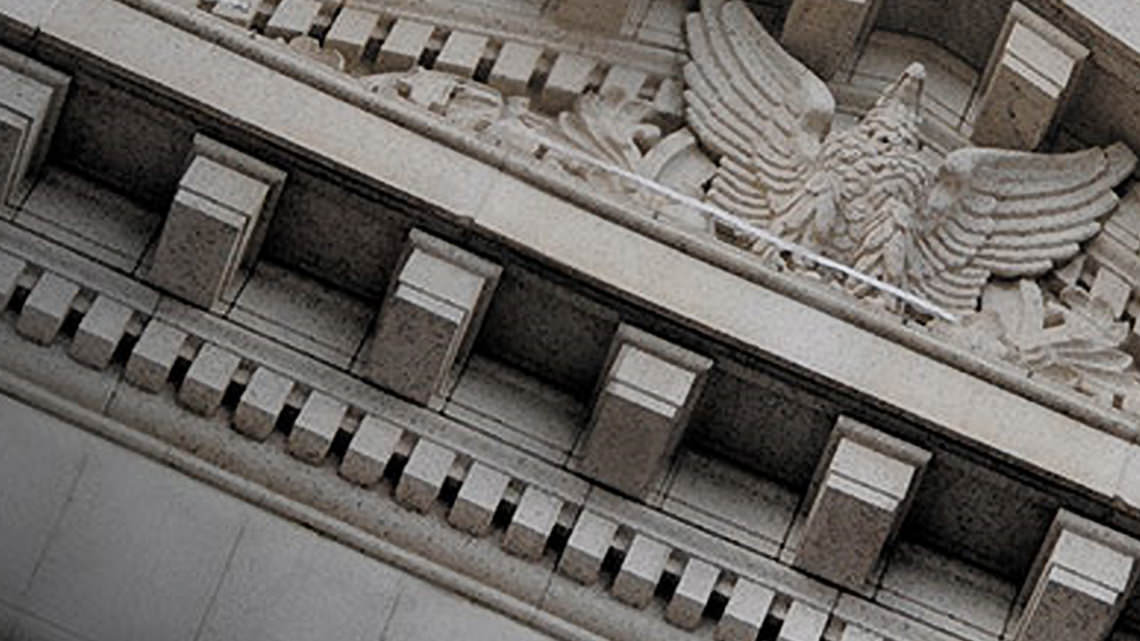 The Financial Institutions Executive Briefing offers updates on financial reporting, governance, and risk management topics from Crowe. In each issue of this electronic newsletter, you will find abstracts of recent standard-setting activities and regulatory developments affecting financial institutions.

The Office of the Comptroller of the Currency (OCC), Board of Governors of the Federal Reserve System (Fed), and Federal Deposit Insurance Corp. (FDIC) issued, on Dec. 12, 2016, final rules that extend the on-site exam cycle for banks with assets up to $1 billion from 12 months to 18 months. These final rules are effective 30 days after publication in the Federal Register and are identical to the interim final rules published in February 2016.

The change will result in more than 600 additional institutions qualifying for the extended exam cycle. Prior to this change, the 18-month exam cycle was available only to institutions with less than $500 million in assets.

On Dec. 30, 2016, the OCC, Fed, and FDIC jointly finalized a new streamlined call report with simplified instructions for banks with assets of less than $1 billion and no foreign offices. As a result of eliminating approximately 40 percent of the required data items, the new call report has reduced the total number of pages from 85 to 61. It is effective as of the March 31, 2017, filing date.

As part of its efforts under the Economic Growth and Regulatory Paperwork Reduction Act (EGRPRA) to reduce unnecessarily burdensome or outdated banking rules, the OCC finalized, on Dec. 15, 2016, a rule that makes several regulatory changes by removing, simplifying, clarifying, and updating certain rules.

Specifically, the final rule will allow national banks to offer investment advice for a fee without having custody of the client’s assets either directly or through a subcustodian, as currently required in section 12 CFR 9.13 of the Code of Federal Regulations. Other changes include modifications to licensing rules, bank director oath requirements, fidelity bond activities, reporting requirements, electronic activities, and recordkeeping.

The OCC released, on Dec. 2, 2016, a paper, “Exploring Special Purpose National Bank Charters for Fintech Companies,” on its authority, principles, and process for granting special-purpose national bank charters for financial technology (fintech) companies. The OCC already issues such charters for uninsured trust banks and special-purpose credit card banks. Under the National Bank Act, the OCC may issue charters for any company involved in making loans, processing payments, or receiving deposits.

In the paper, the OCC requests comment on several issues to be considered before it begins granting fintech charters. Examples of issues include:
Comments were due by Jan. 15, 2017.

Under the rule, savings and loan holding companies would be evaluated by the same criteria currently used to rate bank holding companies. Such criteria include risk management, financial condition, and the potential impact of the parent company and nondepository subsidiaries on subsidiary depository institutions. Ratings would be on a scale of one through five, with five representing the highest level of supervisory concern.

The National Credit Union Administration (NCUA) finalized, on Dec. 21, 2016, a rule that eases restrictions on the ability of a federal credit union (FCU) to acquire and lease commercial real estate and make speculative real estate investments, by eliminating the current requirement for credit unions to plan for and achieve full occupancy of the acquired premises.

Under the final rule, credit unions will be required only to “partially occupy” acquired properties within six years of acquisition. The rule defines partial occupancy to mean “occupation and use, on a full-time basis, of at least fifty percent of the premises by the FCU, or by a combination of the FCU and a credit union service organization (CUSO) in which the FCU has a controlling interest in accordance with generally accepted accounting principles [GAAP].”

On Dec. 16, 2016, the CFPB highlighted its fair lending team’s “Fair Lending Priorities in the New Year” – areas of increased focus for 2017. Specifically, the CFPB will investigate “redlining” issues to determine whether lenders have intentionally avoided lending in minority neighborhoods. The CFPB also will evaluate whether women- and minority-owned businesses experience discrimination when applying for credit and whether certain borrowers have difficulty working out payment arrangements on mortgages and student loans because of their race or ethnicity.

The CFPB published, on Nov. 30, 2016, an updated version of the “Mortgage Servicing Small Entity Compliance Guide,” incorporating the changes to Regulation X and Regulation Z that were made as a result of the CFPB’s mortgage servicing final rule issued in 2016.

From the New York State Department of Financial Services (DFS)

On Dec. 28, 2016, the New York State DFS issued revised proposed cybersecurity regulations in response to the comments submitted on the original September 2016 proposal for which the comment period ended Nov. 14, 2016.

The original proposal would have required New York-chartered financial institutions to establish a cybersecurity program with written policies and procedures, designate a chief information security officer, and meet a number of other requirements including annual testing, periodic risk assessments, and periodic reviews of access privileges.

The DFS received significant pushback on the initial proposal from bankers and other industry stakeholders; many cited the proposal’s “one-size-fits-all” approach, noting that requirements do not take into account variations in the business models, IT system structures, or risk profiles of the institutions they affect. Additional concerns included a lack of coordination between the proposal and federal regulations, onerous reporting requirements, and the high costs of compliance.

The updated proposal is intended to address many of the concerns raised in the initial comment period while continuing to prescribe a range of minimum cybersecurity requirements; however, it does propose a more flexible, risk-based approach.

The regulations will be effective March 1, 2017, and the covered entities will be required to prepare and submit a certification of compliance commencing Feb. 15, 2018; however, the revised proposal also provides for certain transitional periods, ranging from six months to two years, to permit regulated institutions additional time to comply with certain requirements.

Definition of a Business Clarified

On Jan. 5, 2017, the FASB issued Accounting Standards Update (ASU) No. 2017-01, “Business Combinations (Topic 805): Clarifying the Definition of a Business,” which clarifies the definition of a business and is intended to help evaluate whether transactions should be accounted for as acquisitions (or disposals) of assets or businesses. That distinction determines whether goodwill is recorded or not. The amendments provide a more robust framework to use in determining when a set of assets and activities is a business. If substantially all of the fair value of the gross assets acquired or disposed of is concentrated in a single identifiable asset or a group of similar identifiable assets, then the set of transferred assets and activities is not a business.

ASU 2016-20, “Technical Corrections and Improvements to Topic 606, Revenue From Contracts With Customers,” was released by the FASB on Dec. 21, 2016, to address narrow aspects of ASU 2014-09, “Revenue From Contracts With Customers (Topic 606).” The ASU addresses 13 issues, including one clarification of particular interest to financial institutions. The amendments clarify that guarantee fees within the scope of Topic 460, “Guarantees,” are not in the scope of Topic 606, so those fees should continue to be accounted for in accordance with Topic 460. Guarantees accounted for as a derivative should follow Topic 815, “Derivatives and Hedging.”

The effective date and transition requirements for this ASU will be the same as the requirements for ASU 2014-09. As a reminder, ASU 2015-14, “Revenue From Contracts With Customers (Topic 606): Deferral of the Effective Date,” defers the effective date of ASU 2014-09, which for calendar year-end public business entities (PBEs) first applies to March 31, 2018, interim financial statements.

On Dec. 14, 2016, the FASB released ASU 2016-19, “Technical Corrections and Improvements,” which seeks to clarify, correct errors to, and make minor improvements to the FASB Accounting Standards Codification (ASC).

The changes include simplifications and minor improvements to topics on insurance, troubled debt restructuring, financial instruments, certain real estate sales, fair value measurement, and transfers and servicing of financial assets. In some cases, the modifications remove certain definitions from the master glossary or revise definitions to be more consistent among topics; in other cases, the amendments provide clarification of considerations in the analysis of applicable transactions.

The board noted some changes that may result in a change in practice. Those of interest for financial institutions include:
For the changes listed here, the effective dates are as follows:

For PBEs, the ASU is effective in annual periods beginning after Dec. 15, 2016.

For all other entities, it will be effective in annual periods beginning after Dec. 15, 2017.

With one exception for the amendment related to ASU 2015-05, prospective transition will be required.

On Dec. 15, 2016, the FASB announced the availability of the 2017 GAAP Financial Reporting Taxonomy. The taxonomy is a list of computer-readable tags in eXtensible Business Reporting Language (XBRL) and contains updates for accounting standards and other improvements. The 2017 taxonomy is still pending final acceptance by the Securities and Exchange Commission.

From the Committee of Sponsoring Organizations of the Treadway Commission (COSO)

COSO announced, on Dec. 9, 2016, the release of a self-study, on-demand learning program designed to assist internal auditors, accountants, and other financial professionals in earning the COSO Internal Control Certificate. Upon completion of the course, participants would be eligible to sit for the exam to earn the certificate. The program is being offered by the Institute of Internal Auditors (IIA) and the AICPA, and the Institute of Management Accountants (IMA) also plans to offer the course. 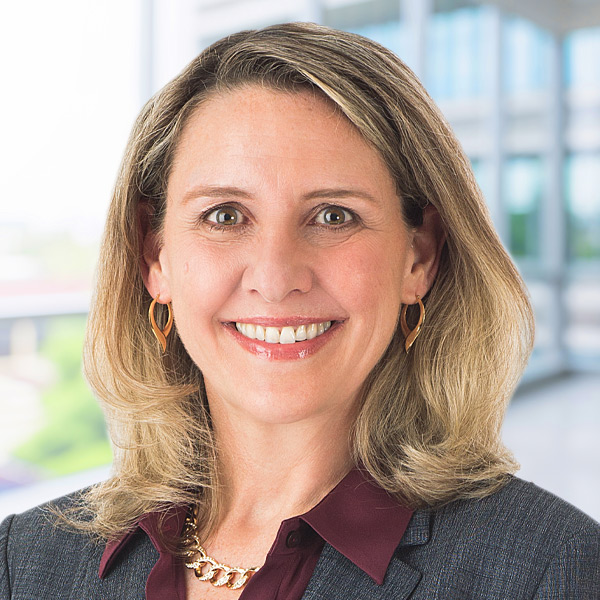