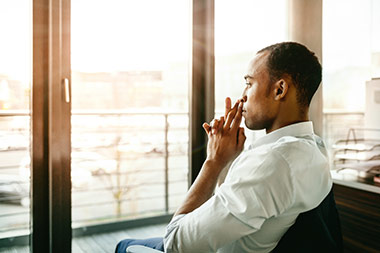 Paying off a bonus clawback for a new employee is not nearly as straightforward as it might seem, and can come with unexpected income tax consequences.

With the current consolidation environment in the financial services industry, many banks are in the process of creating new compensation arrangements. Increasingly, banks are pursuing individuals employed at other institutions who might be subject to bonus clawbacks. While the candidate may pay the clawback amount using personal funds, candidates often negotiate for their prospective employer to pay off the clawbacks. It can seem like a small price to pay for the bank in pursuit, but the income tax implications can significantly inflate the true cost.

Departing employees might be required to pay back retention, signing, or other types of bonuses due to a clawback provision in their employment agreement. Unfortunately, it’s not as simple as merely writing a check to the former employer for the balance due, regardless of who actually pays. If the new employer writes a check, that amount is taxable to the employee. If the employee pays the clawback personally, the challenge is how to get a deduction for the repaid amount.

Say, for example, that an employee received a retention bonus in 2015. He or she would have paid income tax on the bonus that year, as well as Federal Insurance Contributions Act (FICA) withholding for Social Security and Medicare taxes. For this reason, the tax consequences become complicated for an employee who must pay a clawback, because the IRS does not allow a taxpayer to file an amended return to exclude the clawed-back bonus payment from the prior year tax return in which the original bonus amount was included in gross income. The employee typically cannot recover the taxes paid in the initial year, despite returning some of the income the taxes were paid on.

The Possible Scenarios and Their Tax Implications

Two tax scenarios can occur in these circumstances. In the first, the original bonus payment and the clawback repayment occur in the same calendar year. In this case, the payment is essentially treated as if it were never made. The repaid bonus is not considered income to the employee and therefore is not subject to tax reporting or withholding.

The more likely scenario, though, is that the bonus clawback repayment is made in a tax year subsequent to the original bonus payment, making the income tax consequences more complex.

This option is only available if at the time and in the year that the employee included the bonus payment as income, the employee appeared to have an “unrestricted right” to it, but it is established in a later year that the right was not unrestricted after all. The IRS will apply a “facts and circumstances” test to determine whether the right to compensation appeared to be unrestricted. But it could be an uphill battle to assert the claim of right when an employee has signed a document saying, for example, that he or she would stay with the employer for a certain amount of time. The agreement to provide future services could be viewed as evidence that the employee did not have an unrestricted right to the compensation at the time it was received.

The following example can make the tax implications easier to understand:

If the employee directly repays the former company $5,000, the amount likely is deductible as an itemized deduction subject to the 2 percent of AGI floor. The employee can seek relief under the claim of right doctrine only if he or she establishes there was an unrestricted right to the retention bonus in the year of payment and, as described earlier, that may prove difficult.

If the new employer pays the $5,000 on his or her behalf (whether by paying the former employer directly or giving the employee the money to then pay his or her former employer) the treatment of the repayment is unchanged. However, the $5,000 will be included as income on the employee’s Form W-2 from the new company, and he or she will have to pay taxes on this amount on top of the taxes already paid back in Year 1 on the bonus he or she partially repaid.

When bonus clawbacks occur in a tax year subsequent to the original payment, the rules can be complex. In addition to income tax issues for the employee, new employers offering to fund the clawback directly must consider all related withholding taxes on the clawback amount. As a result, it’s imperative that employers know the full financial implications from the start.