Strengthening bank liquidity starts with understanding where your money is coming from and where it might be going.

For the majority of banks right now, the following two statements are true:

The first statement – about substantial cash reserves – is based on customers’ flight to financial safety in the spring and early summer of 2020 because of the sudden economic downturn and near-term economic uncertainty. In addition, the federal government pushed out a vast amount of stimulus funds in the form of payouts and loans, much of which ended up in banks.

With respect to the second statement – about upcoming liquidity challenges – one of two scenarios most likely will unfold in 2021. One possibility is that the economy will improve significantly due to the end of state-mandated shutdowns, leading many consumers to start spending and investing more. The other is that the economy won’t bounce back quickly, stimulus and assistance funding won’t be readily available, and millions of unemployed or underemployed Americans will have to draw heavily on their accounts to pay for basic necessities.

In either of these situations, large sums of money potentially could flow out of banks, which would present a major liquidity problem if the banks have deployed the cash reserves on more loans. So the first question is, how much of this sudden influx of money will stay in the bank for the next several months?

Unfortunately, that question will be very difficult to answer until it’s already too late – which brings us to our next question: How can banks convert as much of this incoming cash as possible into core deposits that are sticky, retainable, and not interest-sensitive?

Our specialists identified the following ways banks like yours can assess new accounts and plan to capture long-term customers.

1. Know where your new balances are coming from.

While banks generally have improved their understanding of their customers, some still don’t do basic tasks involved with new accounts – namely, examining where the money came in from. This is especially important in determining the expected retainability of a new account. For instance, an account created with a check from an investment broker might be less sticky than one created with a check from a major commercial bank.

2. Understand what kinds of “new” customers you’re getting.

Next, it’s important to sort through the types of customers who are opening new accounts, especially those with bigger balances. Have many of them never banked with you before? Are substantial numbers of existing customers adding new services? Are any of them former customers? Also note the demographics: Have you suddenly added several depositors who are under 30 years old, for example? Getting that kind of information can help you discern who might be more receptive to adding new accounts – and adding to existing ones.
Safeguard your cash
Find out how with industry-specific liquidity resources.
Learn more

3. Look for opportunities to convert new customers into depositors.

As an industry, banks haven’t always been great at persuading their customers to explore adding other accounts and services. For instance, around 70% to 80% of a typical bank’s residential mortgage loans historically have been to people who don’t hold any deposit accounts with the bank.
In this unique market, it could be highly beneficial for your bank’s liquidity position to analyze customer data and then prompt your retail cash management and lending teams to contact customers, get to know more about their backgrounds and financial objectives, and inform them about banking services that might be relevant for them. Even if they don’t do more business with your bank right away, sharing information with them might build trust and convince them to keep their money with you longer.

This is an opportune time to protect your liquidity position. Our experienced banking and financial services specialists and industry-specific technology solutions can help you. Find out how we can help your bank or credit union improve liquidity management and develop strategies to retain and improve liquidity. 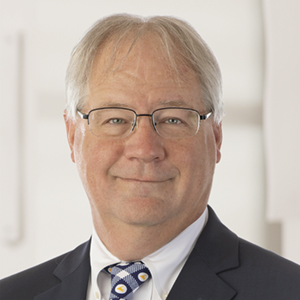