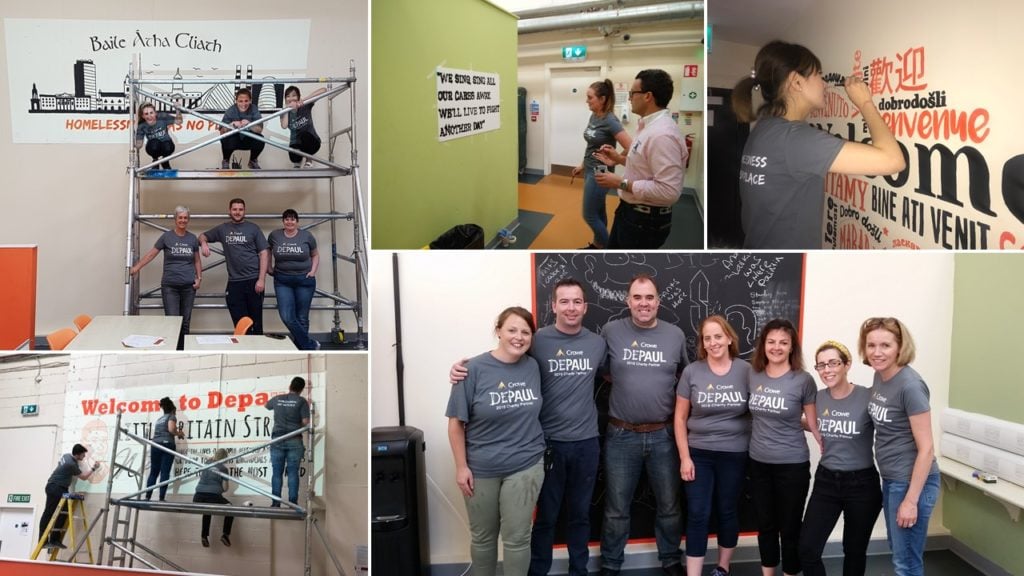 We created a short video to celebrate the wonderful volunteering and fundraising support our staff provided to a local Depaul centre on Little Britain Street in Dublin 1 over the last five months.

As part of their volunteering programme staff designed and painted a series of inspirational murals throughout the centre and worked with the centre’s service users to pick a series of quotes from well-known songs or sayings familiar to them, which staff then stenciled around the residential areas of the centre. Also a number of ‘talking walls’ were also created in communal areas allowing service users the opportunity to express themselves.

Staff chose to work specifically with the local Depaul centre at Little Britain Street for their 2018 CSR Programme after supporting the centre through the seasonal “Presents for All” initiative in 2016 and 2017.

Staff also took part in a number of fundraising activities including, the 2018 Woman’s Mini Marathon in June, the Great Dublin Bike Ride and the Depaul annual Raft Race against Homelessness, in September. To-date over €5,000 has been raised to support the vital work Depaul do for the homeless. 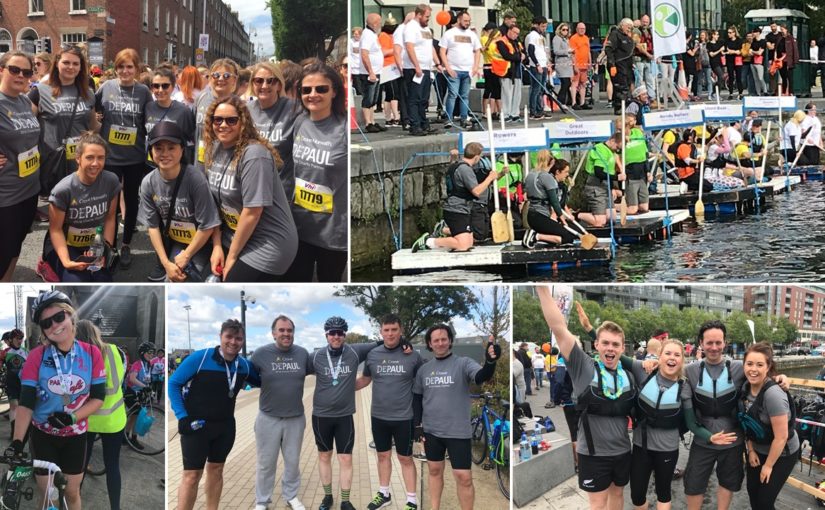