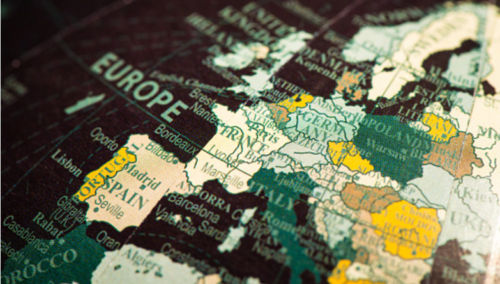 What now from Brexit?
Two years on from the vote and nobody still knows what will happen. The only certainty is it will never be the same again. Since the creation of the single market and before we have enjoyed a strong relationship with the Sterling area. There is hope that we may get some concessions from the negotiations but there are many reasons to believe that these could be minimal. As an example, Finland suffers significantly from sanctions placed on Russia but still they get no material relief from the EU.

It will be a long time before a coherent strategy emerges from the UK. Not only is it divided at regional level but also there is a significant divide of North England from South England. London’s enormous gains from European integration are the most at risk from Exit. So whoever is negotiating for the UK is going have to deal with the substantial counter-demands from these two regions with London looking for compromises and regions looking for no concessions. London’s importance to the UK economy is very significant in terms of activity, employment and taxes.

From the EU perspective the key priority will be to show that membership has significant benefits. Otherwise others may feel they can be better off outside. There will be little mood for compromise.

So what is the best strategy for your business?

The best strategy is to expect no favours from the exit process. If they come be sure you can take advantage; if they don’t you will be stronger than your competitors.

Take control of your future; minimise risk particularly when it’s not your core, diversify sources of supply and customer markets. Lastly – look for those opportunities.

A few small steps for all:

Ok, so it may be two years or more before the real position is confirmed. However the real story for now and the next two years is volatility. Every political crisis, eyeball negotiation and standoff, economic report and voting survey will now create volatility. Central banks who have cooperated up to now may look for economic advantage.

So what can you do to protect your business?

Long-term it will come down to strategy and opportunity but in the short term, risk management will become more and more important. Over the past ten years of the euro we have taken these events on the chin as they arise. There have been as many positive as negative swings but thankfully they have arisen maybe every two to three years.

We can now expect one every two months until new positions emerge. And it’s not just EUR/STG. It will be all major currencies.

This is not to say you should not take on board risk, but if you do take it on, do it consciously.

Every day every bank measures its currency exposure against its home currency. It adds up all its assets and subtracts all its liabilities in that foreign currency and sells the surplus or buys to make up the deficit before they close for the day. Now you may not need to do this but what is clear is that your exposure is more than the bank balance. It is your customer and supplier balances, bank debt, taxes outstanding, leasing liabilities, fixed assets, mortgages and everything else. When these are in balance you then have reduced this risk to zero.

Tip 1. We would recommend that you forecast this out to cover the months ahead initially on a weekly basis and then monthly. This may seem like overkill but what you are looking to do is now restructure within a month such that you match payment dates of customers and suppliers to avoid a mid month blip. Some renegotiation may be required with customers or suppliers to achieve this. (Some large tax bills may arise quarterly also so same principle applies).

Many companies have not taken to forward hedging because of the expense. However we would expect that this will be a major push from high street banks as well as specialist providers. These come in many forms from straightforward fixed contracts to hedging. It is important that you measure the cost of these against the risks. As an aside, one aspect of this which needs more thought from the banks is that they treat the forward purchase contract as another overdraft even though money is not drawn. Basically banks need to be more sophisticated but I digress!

The above tips cover the balance sheet. This is a consequence of how you trade so long-term the risks on your day to day trading need to be looked at. They say market inefficiencies lead to opportunities. Not necessarily great from global economics but can be great at a micro level. If you are smart and nimble enough to exploit these inefficiencies then you have our best wishes. However they tend to be just that – opportunistic with little long-term value. If you have a currency mismatch on your trading you may offset with some of the balance sheet tactics above but the expense and risk may be too much.

Tip 4. Buy and sell as much as you can in the same currency. This does not mean that you don’t deal in other currencies but you look to match these. In many cases suppliers may sell the exact same product in different currencies. In this world of change your suppliers and customers are grappling with the same risk issues and want to protect market share. They may be willing to share these risks.

Service industries – i.e. ones with a high labour content – are going to find it particularly challenging to deal with risk and opportunity. Since Friday, Irish labour costs are now 10%+ greater to a UK customer than they were on Thursday. This may come back but the issue again is volatility.

Tip 5. Consider recruiting in the customer’s country or even setting up a base there. This may be more cost but it may be inevitable.

Having the UK as our next-door neighbour with a common language, legal and (partly) similar culture has made it the natural springboard for further expansion. Recent developments show that we need to diversify into other markets.

Tip 6. Diversify into other markets. 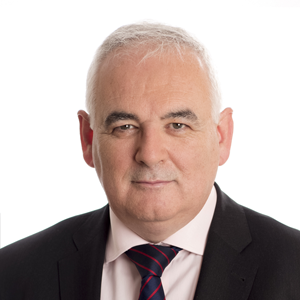