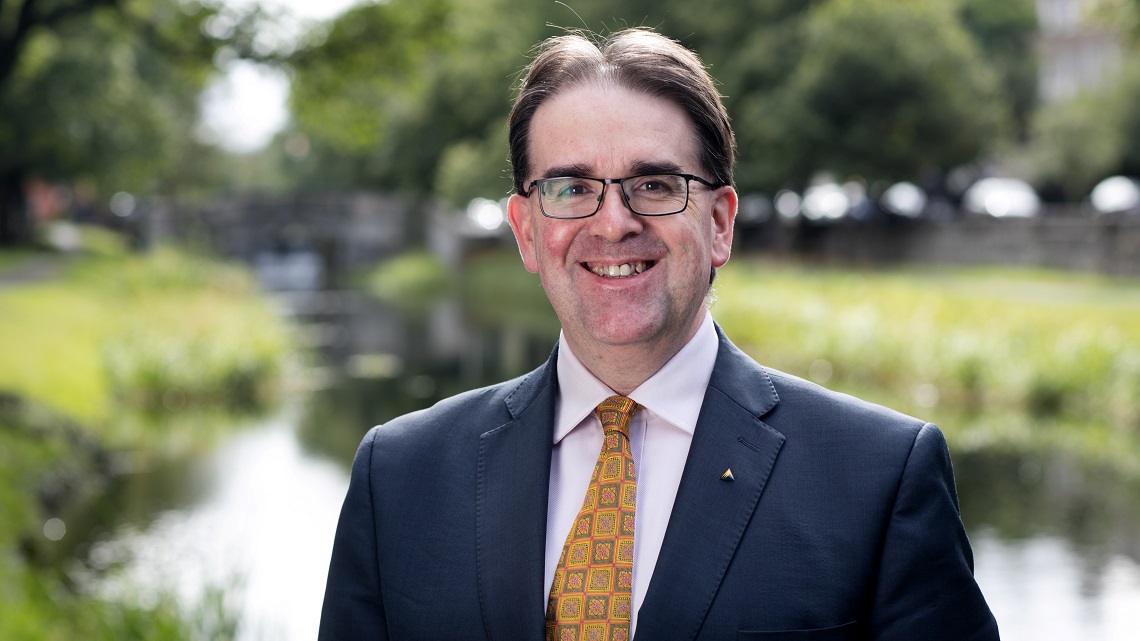 Crowe partner Shane McQuillan
Shane is a partner in the consulting team at Crowe and specialises in reviews of governance, structures and services.

Shane grew up in Belfast and was educated at St. Malachy’s College. An only child (which his wife Deirdre says explains a lot), his father was a solicitor who switched career to being a sports journalist, and his mother was a commercial artist turned homemaker. Much of Shane’s childhood during school holidays was spent attending golf tournaments which his Dad was covering for the Belfast News Letter, and watching the likes of Jack Nicklaus, Lee Trevino and Tony Jacklin play (younger readers may wish to Google these names).

Studying at St. Malachy’s was very formative for Shane, who discovered a keen interest in languages and literature. He studied Latin and Greek to A-Level and was successful in winning a scholarship to Queen’s University, Belfast, where he did a four-year B.A. degree in Classics. It was a very different type of degree to those being studied by his friends in other disciplines, he says; “for the last two years, I was the only person studying Classics so my Greek tutor gave me the option to set my own syllabus, and all of the work was one-to-one”. His tutor, Dr Maureen Alden, was a specialist in Homer and Shane found that studying the Iliad and the Odyssey was like detective work, looking at the text of these two oral tradition poems and determining how they had been assembled and handed down over generations (from c. 600 BC onwards, before writing became established).

Shane also studied Irish as a subsidiary subject at Queen’s for one year, in a class which had an eclectic mix of people – a former IRA hunger striker, several students from both the Catholic and Protestant communities with an interest in Irish language and culture, and an English chap with a short haircut and shiny shoes who disappeared from the class after a few weeks, never to be seen again on campus (as he had probably returned to his SAS unit in Hereford by that stage).

After finishing his degree, Shane was offered the chance to study for a Master’s and a PhD. However, by that point he was keen to get into the real world of work and to develop a career. He considered various options in sectors such as banking and computing, but ultimately what proved most attractive was a job offer to work in management consultancy in London.

“Capita was looking to hire four graduates” he says, “and the company had clients across Britain and in Northern Ireland, so the chance was there to start my career in London and then transfer back home at some stage”. At that time, Capita – which is now an international business process outsourcing and professional services company with 63,000 employees – was solely a consulting practice with fewer than 40 people.

In 2004, Shane left Capita to join Crowe. “It wasn’t an easy decision”, he says. “I had been with Capita for nearly 15 years, but consulting was by that stage only a very small proportion of Capita’s overall business, which was then almost exclusively focused on outsourcing. In addition, most of the focus of my work by 2004 was on clients in the Irish Republic, and I was looking for a professional home which would provide a much better understanding of the Irish market and a better platform for the provision of independent, objective advice to clients.”

Several members of his team joined Shane in the move from Capita to Crowe, and the consulting team is now 15-strong, providing services to a range of public sector, not-for-profit and commercial sector clients. “We’ve got a nice mix of people within the team – accountants, governance experts, process engineers, policy analysts and technology specialists – and we also have an established panel of external subject matter experts whom we bring in for specific assignments, for example clinicians and economists.”

Some of the projects undertaken by Shane and his team in recent years have brought a lot of media attention to the work of the Crowe consulting team. In 2017, Shane led a high-profile assignment for the Policing Authority, to investigate the discrepancies in the number of breath tests reported by Gardaí and the incorrect use of prosecutions, and since 2018 the consulting team have been supporting Dr Gabriel Scally in the review of the CervicalCheck controversy.

The opportunity to make a difference in how citizens access public services is a key motivator for Shane in his professional work. “With CervicalCheck, we were looking at some very serious issues relating to women’s health, life and death issues in many cases. We saw the devastating impact that the deficiencies in the CervicalCheck service had on the life of the women concerned and on their families. It was certainly the most important project my team and I have ever done, and we were proud to support Dr Scally in helping to foster improvements in the screening service.”

Outside of work, Shane’s main focus is his family – wife Deirdre, and sons Conor, Rory and Niall, whose ages range from 17 down to 12. The family lives in Co Clare – Deirdre is a native of Ennis, and as Shane’s granny was from “just down the road” in Co Limerick, setting up their family home in such a beautiful part of the country was a no-brainer. “We’re 25 mins from Lahinch and the Wild Atlantic Way, another half hour from the Burren, and the train service from Limerick to Dublin is basically a mobile office for me where I can get work done without the stress of Dublin traffic” says Shane. “I work from home a day a week and can easily drive to clients in Cork or Limerick, so I get a great work-life balance and can be in Dublin for maybe 60% of an average week.”  Plus, we live 20 mins from Thomond Park, so I take the lads to see Munster play their home games, including the occasional defeat of Leinster – so what could be better?”

Shane enjoys travelling with his family during the holidays. “We’re not sun or beach people, so I have never actually set foot in Spain” he says. “We prefer to go to places a bit further off the beaten path. In 2018, we spent a great couple of weeks in Canada, touring around rural Ontario and then spending some time in Toronto. Last year, we visited Vietnam, which had been on my bucket list for a long time. I have a particular interest in political and military history, and remember as a child watching on TV the last Americans being airlifted off the roof of the US embassy in Saigon in 1975, so it was great to visit Ho Chi Minh City and the Mekong Delta – though Vietnam has changed enormously and there is evidence of major investment in the cities.”

Despite growing up in a golf-oriented household, Shane never actually took up the sport himself. At school, he played hurling and judo, sometimes simultaneously, and at university his main sporting pastimes were squash and swimming. He still swims, though his competitive days are in the past, and enjoys hill-walking with as many members of his family as can be persuaded to accompany him (often, that just means the dog). “My favourite walk is Slievekimalta (“Keeper Hill”) in the Silvermine Mountains of County Tipperary, which is about 10 miles up and down – you can see seven counties from the top on a clear day. Great for clearing the head!” 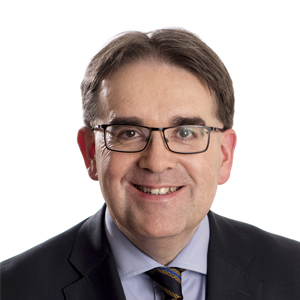