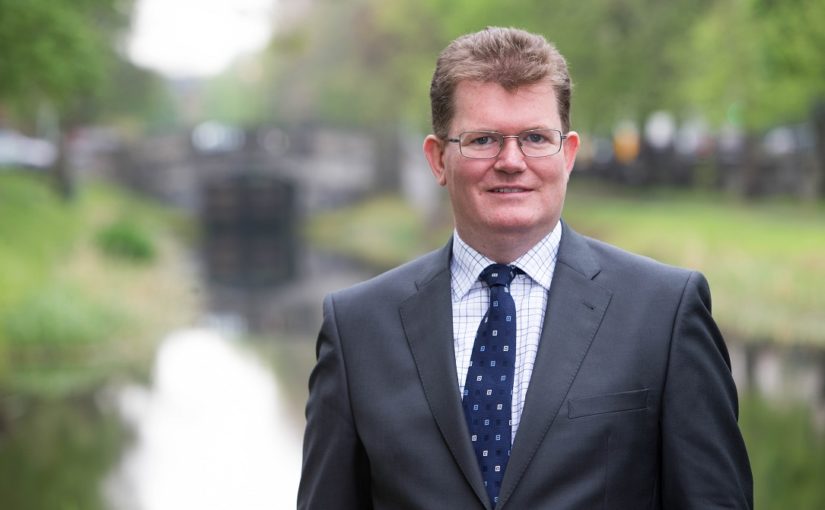 Reflections on a childhood growing up in Kerry.

Aiden is a partner in our corporate finance department with a specialism in hotels, tourism and leisure.

My father often asks me “What class of Kerryman are you?” The first class is someone who was born, is living and working in Kerry and supporting Kerry football, the second class is someone who moved from Kerry but regularly visits the Kingdom and supports the county team each year during the Championship. I suppose having lived the greater part of my life outside Kerry I have become a second class Kerryman but I am still influenced by everything Kerry.

I have great memories of outdoor life as a child growing up, playing Gaelic, Soccer, Rugby, Rounders and Tennis and following the seasonal influences of the Triple Crown, World Cup, Wimbledon and the Football Championship. In summer, the evenings were always long and full of wonderful freedom.

Gaelic Football is part of a Kerryman’s DNA. As a young boy I can remember my first pair of football boots and how they gleamed brand new, bought from John Dowling’s Sports Shop in Tralee, which was an institution in the town. John was a local legend, having captained Kerry to All-Ireland victory in 1955 and been a life-long supporter of Kerins O’Rahilly’s Football Club where I learned to play football.

As a football supporter, September 1982 particularly sticks in my memory. After four years of back-to-back All-Ireland titles and after having the Sam Maguire paraded in our school playground by such greats as Mikey Sheehy, Eoin Listen and Ger Power, I was in Denny Street in Tralee to welcome back the fallen heroes after losing the final to Offaly.

It was a night of sadness to see and feel the disappointment of letting history slip through their hands at the final whistle. It is fair to say the pressure of the occasion got the better of Kerry but the loss became a platform for the 1984-86 three in a row. These humbled players promised they would be back and they delivered for their fans. It will be interesting to see if Dublin have the mental tenacity to do what no other team has done and eclipse the achievements of the “Golden Years” Kerry team.

My wife Geraldine, who is from Dublin, always reminds me about how gracious a supporter she was when Dublin were being beaten by Kerry and that I should reciprocate by wishing Dublin every success in attaining the holy grail of football.

Another aspect of my childhood in Tralee was working in the family hardware business. It was there that I first learned about the importance of customer service, pricing and margin, handling cash and stocktaking control. I realise now that it was a great foundation for my future career.

As a young lad growing up, I remember, for one week each year during the Rose of Tralee festival, the town was transformed to our very own Disneyland with Birds Amusements, Fossett’s Circus, Town Park Extravaganza, open air band stands, Beat on the Street and novelty events such as terrier racing on Rock Street, all being part of the daily programme of events. It was a wonderful week in Tralee.

It was the buzz and excitement I felt during that week that I still get when I visit great cities around the world. New York remains my outright favourite, as it feels like one big circus where there is always something new and different to experience and enjoy.

When I visit such cities I seem to be drawn to tall buildings. I have been to the top of the Empire State Building, Rockefeller Building and One World Observatory in New York, the John Hancock Building in Chicago, Petronas Twin Towers in Kula Lumpur, London Eye and The Shard in London and the Arc de Triomphe in Paris. I am also drawn to bridges and the view they provide of a city – whether it’s the Sydney Harbour Bridge, Golden Gate, Brooklyn, Tower Bridge or the Ponte Vecchio in Florence. I always try to get to an art museum and take in a jazz club – it is safe to say travel has become my guilty pleasure!

While I enjoy visiting the great cities of the world, having spent 3 years at NUIG doing my BComm, I still have a wonderful grá for Galway. I make a point of going back to Galway each year for a weekend where the likes of Griffin’s Bakery, O’Conaires on the Dock, Blake’s and the 1520 Bar are some of my regular haunts.