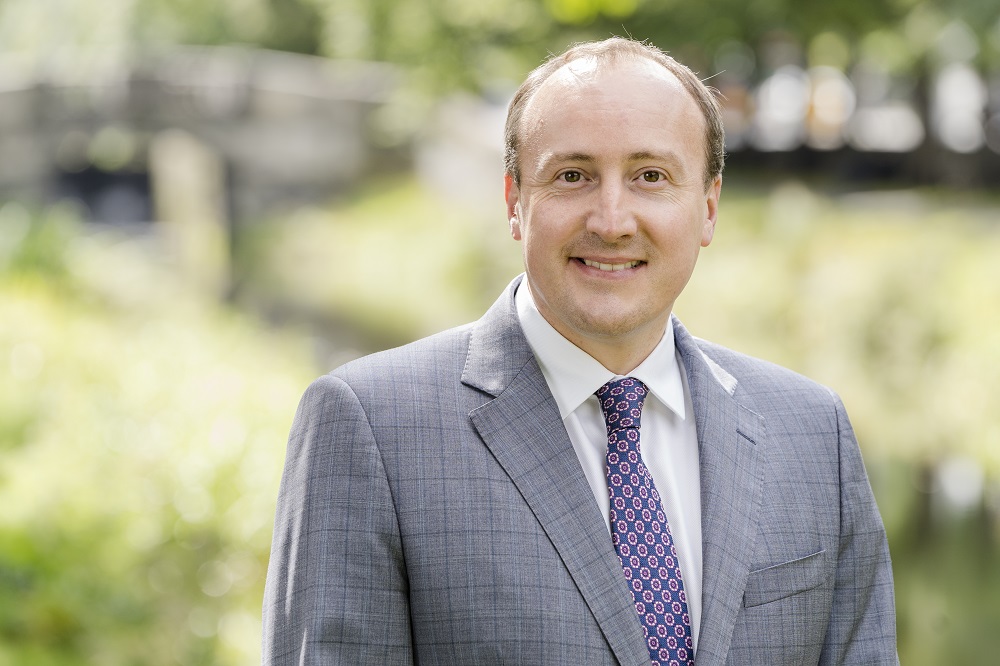 Shaw has recently joined the firm as a partner in our audit department.

Audit partner Shaw McClung
Shaw, originally from the semi-rural townland of Drumbeg, six miles outside of Belfast, is the older of two boys. His younger brother studied law in Scotland and now lives in Sydney with his wife and recently-born son.

Shaw’s mother was a teacher. She was significantly involved in curriculum setting for children with learning difficulties and spent a considerable part of her teaching career in the first integrated secondary school in Northern Ireland. His father joined banking straight from school. His career involved extensive travel throughout Europe and he was heavily involved in rolling out the Eurocheque, the forerunner of the euro currency.

Shaw attended Inchmarlo Preparatory School and then followed in his father’s footsteps by attending the Royal Belfast Academical Institution (RBAI).

“My interests in school included drama, public speaking and music. I had a particular passion for music where I ended up becoming the regular pianist at primary school assembly and sat both piano and classical guitar practical and theory exams.”

Shaw was also keen on sport, playing rugby, soccer and tennis in school and attending tennis camps during the summer months. “I enjoyed cricket but to this day one of the most embarrassing sporting moments was being bowled out by my father during the father and son cricket match during primary school!”

“I have very fond memories of my school years. Many of the friendships I made at school have lasted to this day and the life skills I learned have helped shaped me as an adult.”

Shaw’s academic passions were and remain literature and languages. He read English Literature at Queen’s University Belfast, graduating with Honours as part of the millennium class of 2000. “At one point I considered the merits of teaching or journalism as a career, but decided to train as an accountant following a conversation with my father’s cousin who was a chartered accountant. She extolled the virtues of the profession and felt that with my background and interpersonal skills I would be a good fit. Happily, I think she was right.”

Having attended school and university in Belfast, Shaw decided to undertake his professional training elsewhere. After several visits to Dublin supporting friends in Ireland U-18 schools rugby he decided to join a long-established Dublin chartered accountancy firm Barr Pomeroy. “They gave me the opportunity to assume responsibility for assignments and liaise directly with clients from a very early stage.”

After qualifying as a chartered accountant in 2005, he chose to sit the Irish Tax Institute’s Chartered Tax Advisor examinations to become a more rounded advisor to his SME clients. “Once I completed the tax exams in 2008 I was admitted as a partner to Barr Pomeroy that same year. I have always had a strong academic side so I continued my studies and completed a Diploma in Forensic Accounting in 2009 and a Certificate in Personal Insolvency in 2014.”

Shaw believes in a collaborative, supportive and interactive work environment built on client delivery. “I want to ensure I provide the same encouragement and development to the people I work with that I got throughout my career. Keeping a strong focus on ongoing training and feedback with my team is very important to me and I always make sure I acknowledge good work and respect my colleagues’ work-life balance. I see a large part of my role as building and developing the future partners of the firm.”

Shaw’s approach to working with clients is an immersive one. “I try to commit to fully understanding both the macro and micro elements of my clients’ businesses. Aside from covering the compliance requirements, by really getting to know what makes them tick and the opportunities and challenges that they face, I can add meaningful and lasting strategic value to their operations.” Shaw also likes to broaden his knowledge base by working with clients in emerging and diverse sectors.

Shaw met his wife Maresa, a solicitor and tax adviser, at a joint Revenue and Irish Taxation Institute annual conference in Limerick, “not the most romantic of settings I will concede.” They got married in 2014 and have one young daughter Eva. Outside of work, Shaw enjoys family life and has maintained his life-long passion for music and literature. He enjoys attending concerts, plays and recitals and is a voracious reader.

He also enjoys socialising, meeting new people, travel, fine dining, Pilates, walking and generally keeping fit. His favourite restaurants at present are One Pico and The Cliff Townhouse and he has a particular affinity with Italy where he honeymooned. 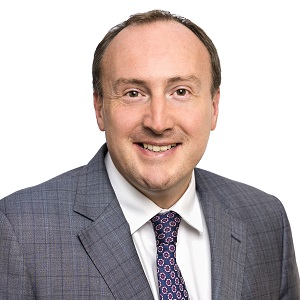