The 25th edition of our annual Hotel Industry Survey

In 2019, the Irish hotel sector recorded declines in both revenue and profits. Many hotels were unable to fully pass on to guests the extra 4.5 percentage point VAT increase that was added on to the 9% VAT rate and this had a significant impact on performance levels. 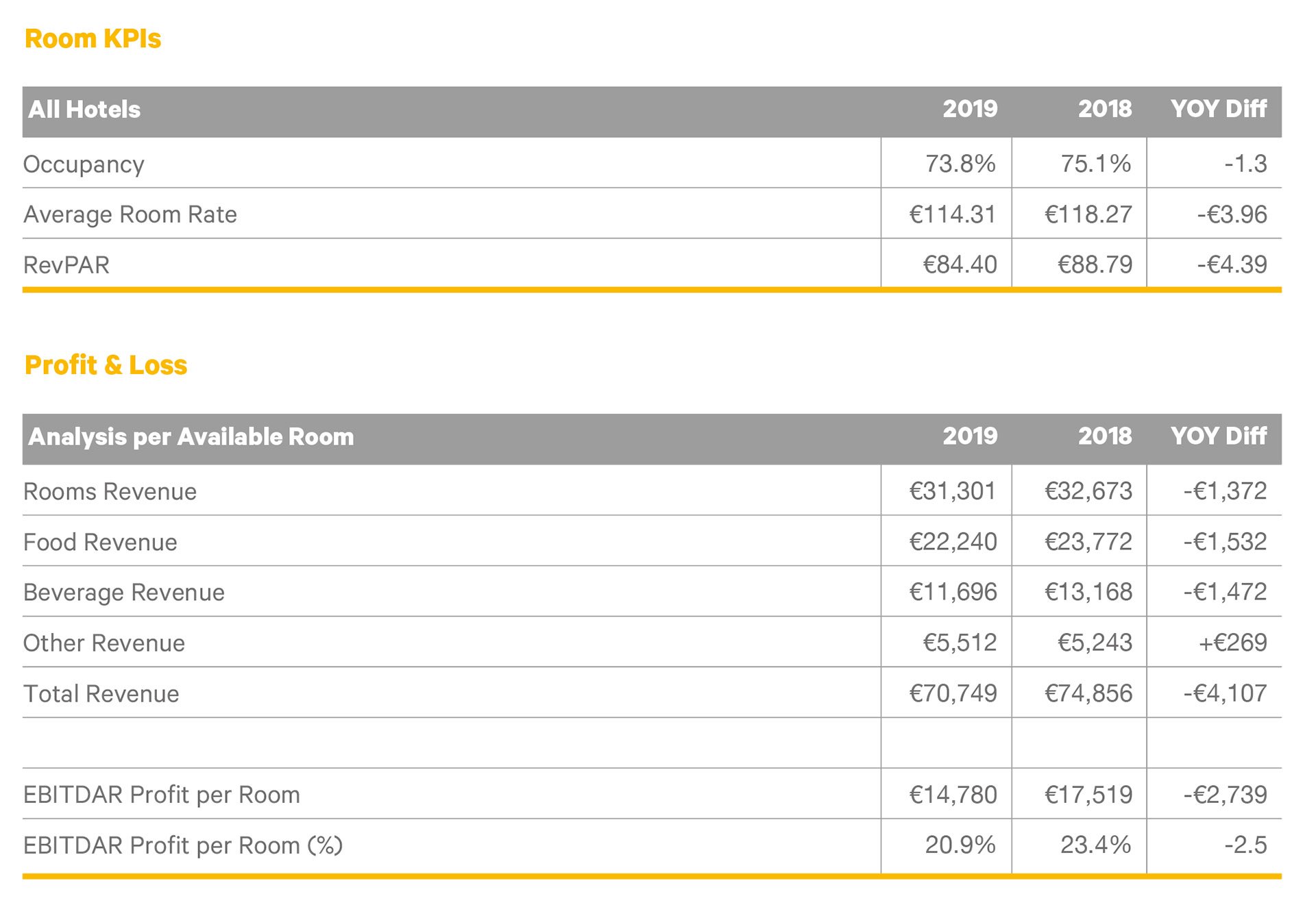 The results show room revenues as being down €1,372 per room year-on-year as a result of a €3.96 fall in average room rate (ARR) and a 1.3 percentage point fall in occupancy levels.

The fall in occupancy to 73.8% was mainly driven by the Dublin region, where new hotels were opened and there was a weakening of demand in the latter part of the year.

EBITDAR profit margin fell 2.5 percentage points to 20.9%, the first time that the profitability margin has fallen in eight years.

Overall payroll costs increased by 1 percentage point to 36.1% of revenue. As payroll costs are the highest single cost area for hotels, when the sector is experiencing higher payroll percentages it is a sign of lost efficiency and usually correlates to a fall in profitability unless cost savings can be found elsewhere.

The results also highlight the extent and impact of high levels of fixed and semi-fixed costs on profitability when hotels are experiencing declining revenues.

Contrast between competition in the Dublin market and Other Regions

The strong performance of Ireland’s hotels in recent years has led to investment, especially for the Dublin market. The competitive pressures coming with the delivery of new stock in recent years and a softening in demand in the later months of 2019 has caused average room rates and occupancy levels to fall in Dublin for the first time in five years.

Midlands & East, South West and Western Seaboard-located hotels achieved similar occupancy levels to the prior year as they did not have to deal with the new supply impact to the same extent as Dublin. The fall in average room rate across these regions was also less than experienced by Dublin-located hotels. The resulting fall in RevPAR for these regions is therefore at a lower level than the equivalent decline for the Dublin region.

Analysis of revenue sources impacted by the VAT hike

Dublin hotels have the highest level of accommodation and food revenues (80.8% of total revenue) of the regions. The VAT hike therefore had the greatest impact on revenues for Dublin hotels and the least impact on Midlands & East hotels, where the equivalent ratio was 71.2%.

Overall, the Midlands & East region recorded the largest percentage fall in EBITDAR and the South West the least. While all regions were impacted by the VAT increase and the increase in payroll and operating costs, the high proportion of food and beverage revenues (of total revenue) for the Midlands & East region can make EBITDAR within these hotels more susceptible to change.

The COVID-19 pandemic however has caused a total reset for the hotel sector, which will need to rebuild itself after an extensive closure period and a drastic fall in international travel, which will likely take many years to fully recover.

There will be a short-term focus on the domestic market rather than the overseas market and this change in circumstances leaves regional hotels at an advantage over Dublin hotels in terms of demand.

The table below shows the level of international visitors in Dublin and regional hotels from 2015 to 2019.

This analysis shows the greater reliance for Dublin hotels on international visitors and how this reliance has increased in recent years.

The expected weakness in the Dublin market as a result of the decrease in demand will make it difficult to for hotels to yield on their rate as was previously possible on the back of the frequent peak demand nights that were prevalent in the market. Over the medium term therefore, average room rates for Dublin hotels are likely to be down more than for hotels located in the other regions.

In conclusion, 2019 looks to have been the final year in what had been a positive period for the Irish hotel sector. The extensive closures caused by COVID-19 restrictions and the reduction in airline capacity to the island of Ireland creates uncertainty as to how long it will take the hotel sector to recover from this unprecedented reduction in international visitors.

To order your copy of the 2020 Hotel Industry Survey please contact Sinead O’Rourke.

To find out more about the range of specialist hotel, tourism and leisure (HTL) services Crowe offers, visit our HTL sector page or download our HTL services brochure. 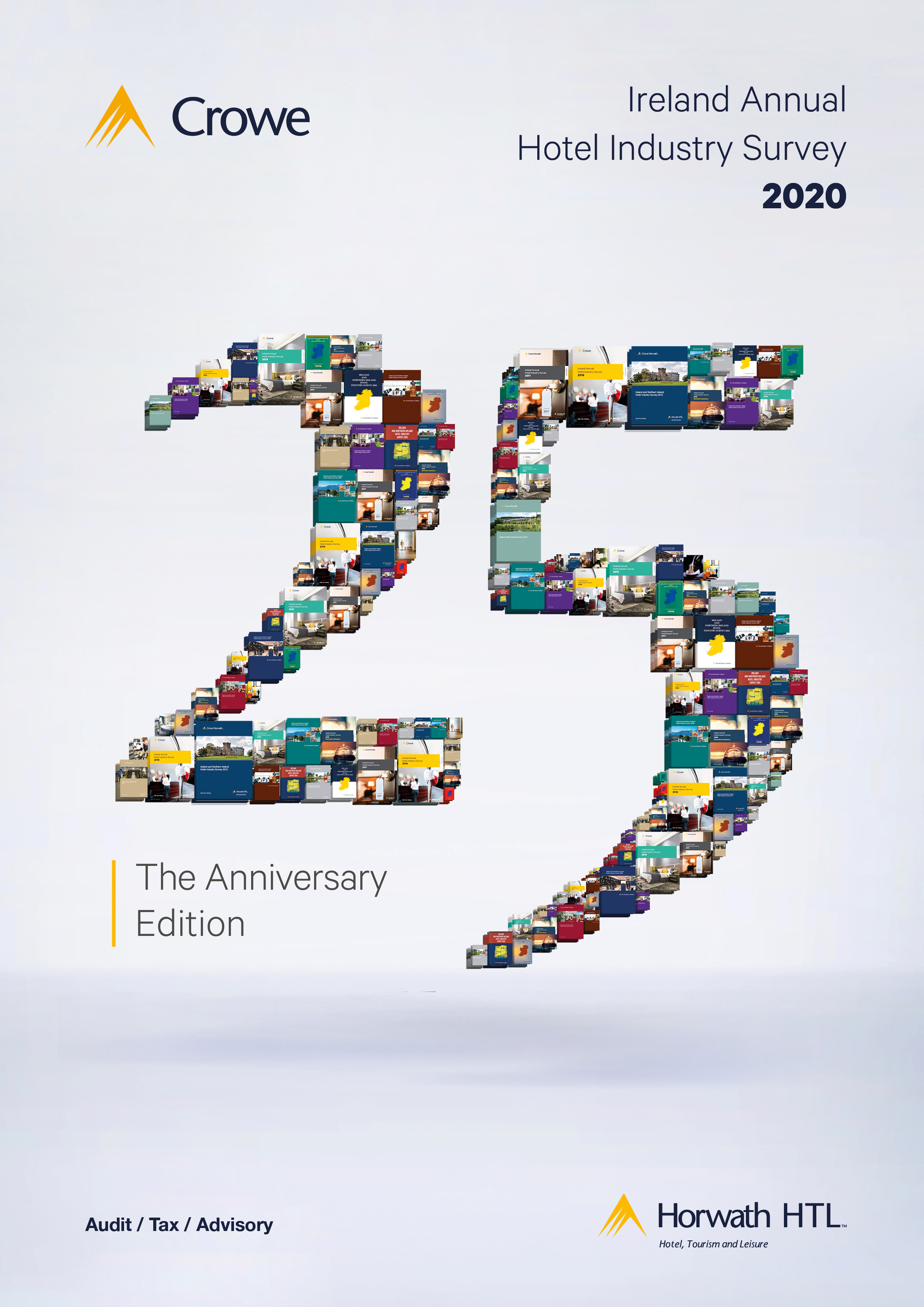 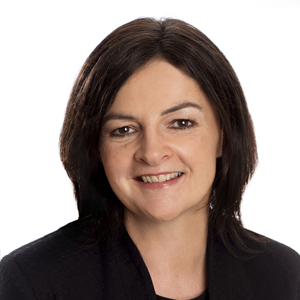