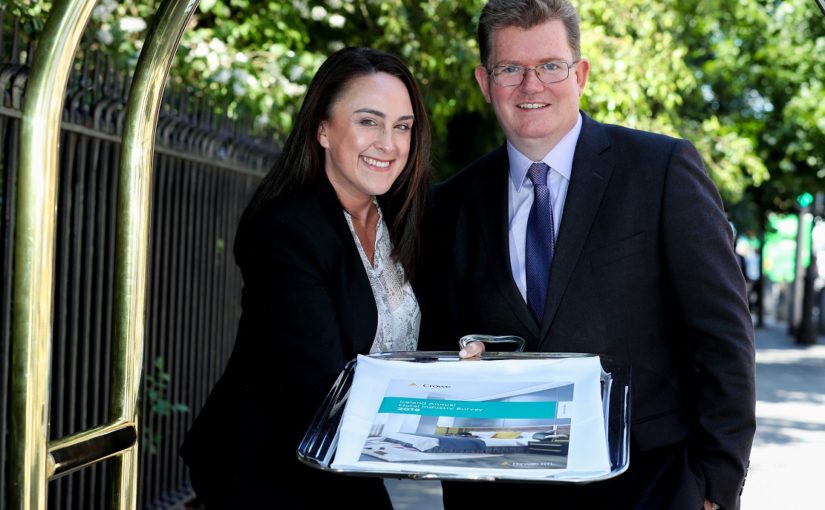 2018 marks a turning point for the industry as Irish hotel sector slows and period of double-digit growth comes to an end.
The Crowe Ireland Annual Hotel Survey, compiled from an analysis of Irish hotels’ 2018 accounts, shows that the sector experienced a positive year in 2018 with an eighth-consecutive year of growth in turnover.

Increased profit levels and average room rates have been recorded across all regions. Notwithstanding the strong performance by the sector, the survey also reveals that 2018 marked a turning point for the industry, with the period of double-digit growth coming to an end after a record seven years.

The report describes 2018 as a turning point for the industry with the sector recording the lowest level of profit growth in seven years at a rate of 7%, a significant decline from the 12.5% growth achieved in 2017.

Revenue from rooms and food sales grew at the lowest levels in five years, at 5.9% and 2.6% respectively, highlighting the slowdown in revenue growth as a result of increased competition for restaurant and events customers from non-hotel outlets and no increase in occupancy levels attained in 2018.

These findings indicate that it is becoming harder for Irish hotels to increase profit levels despite reasonable revenue growth, as many costs are now increasing faster than the underlying growth in revenues.

Average Room Rates
With limited new supply coming on stream in 2018 and demand levels remaining strong, the average room rate nationally rose to €118.27, an increase of 6.3% or €7 from 2017. Increasing Costs
The 2019 report highlighted the areas of Payroll, Utilities and Insurance as major challenges to the industry with costs steadily growing higher than revenues. Utility costs grew at 8% compared to a growth in total revenues of 5% from the previous year. This is the first cost-over-revenue increase in utilities since 2012. On average hotels are seeing a 10% increase in annual insurance premiums when compared to hotel revenues increasing at 5%.

For the second year in a row, payroll costs have also increased at a greater rate than total revenues placing added pressure on hotels across the country. Increasing costs relate to salaries and benefits, higher turnover levels and increased training and development in a highly competitive arena. This will continue to be one of the most challenging areas facing Irish hoteliers in the coming years.

Visitor Numbers
In positive news for the industry, international and domestic visitor numbers were up on 2017, enabling hotels to maintain their occupancy levels at over 75% for a second year in a row. This consistent performance is indicative of the medium term need for additional rooms to support tourism and economic needs and maintain competitiveness into the future.

A highlight of 2018 was the strength of domestic trips, which recorded a 13.4% increase on 2017, accounting for almost 55% of all guests, driven by strong employment in Ireland and increasing levels of disposable income. Since 2013, the North American market has doubled in its significance for Irish hotels as a source of business. In 2018, this market was critical in generating demand across the sector with 17% of all Irish hotel rooms now sold to North American guests. Visitor numbers to Ireland from North America in 2018 were over 2.38 million compared to 1.16 million in 2013, highlighting the growing importance of this market for the sector.

Brexit
Brexit has created a dampening of demand from sterling-source visitors. Since 2013, the market share of hotel guests from Northern Ireland and the UK has dropped by 25%, but to-date the surge in demand from US visitors has balanced this out. In a changing marketplace, hotels, particularly in the border counties, have found it more challenging to pick up replacement volumes from international markets and so have become more dependent on the domestic market.

Commenting on this year’s survey, Crowe partner, Aiden Murphy said: “The growth in the Irish hotel sector improved again in 2018, with increases in average room rates and profitability not just in the capital, but across all regions. However, 2018 marked a turning point for the industry as the sector recorded the lowest level of profit growth in seven years, impacted by increased costs especially across payroll, utilities and insurance.”

To order your copy of the 2019 Hotel Industry Survey please contact Sinead O’Rourke.

To find out more about the range of specialist hotel, tourism and leisure (HTL) services Crowe offers, visit our HTL sector page or download our HTL services brochure. 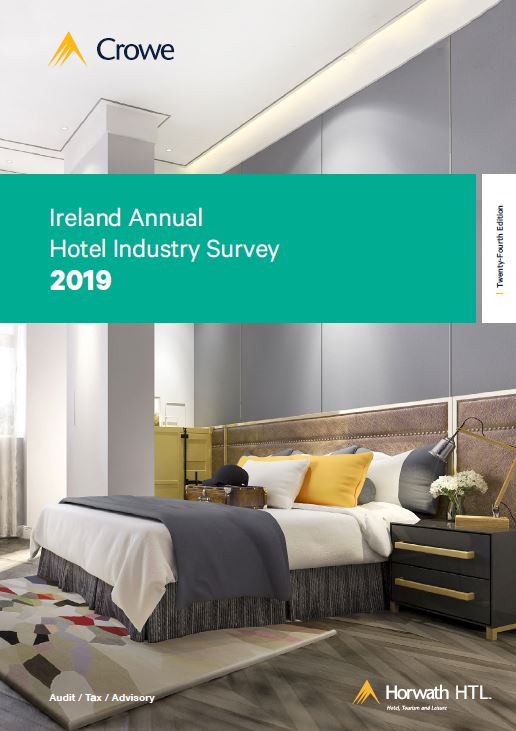