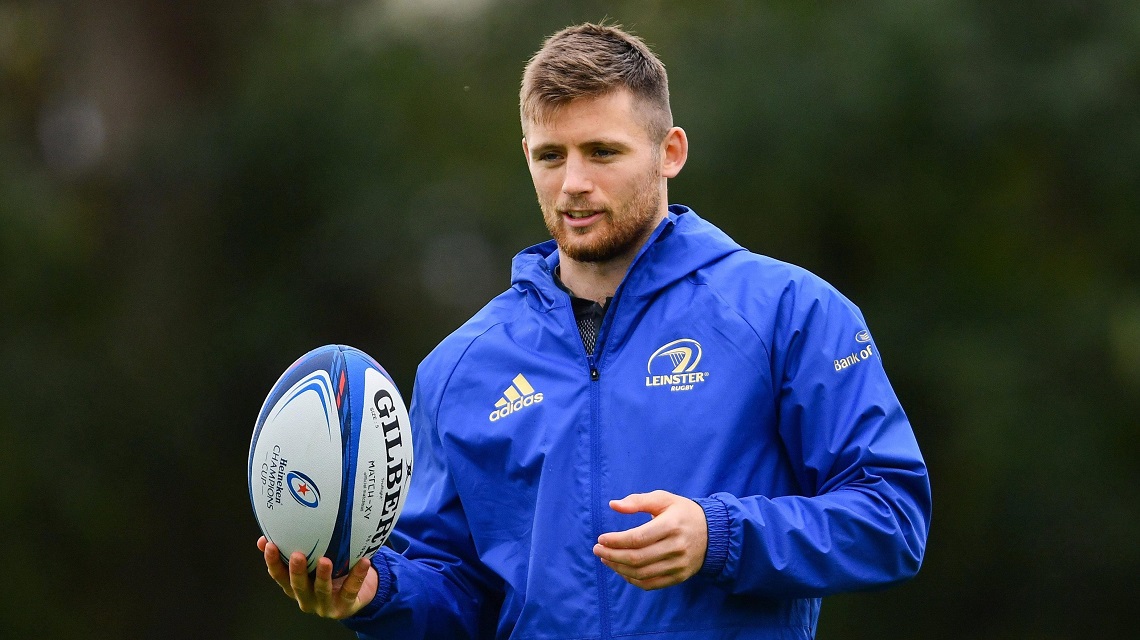 As part of our ongoing commitment to the development of extraordinary talent and to mark our ninth season as official club sponsors of UCD Rugby Club, UCD RFC, Leinster and Ireland fly half Ross Byrne chats with Crowe about his career journey so far, his leadership insights for operating as part of a high-performance team and the ambition he has for his new venture Starfol.io.

At Crowe, we aim to attract and retain the best people. By creating a high-performance environment, we develop high-calibre professionals to provide exceptional client service across audit, tax and business consultancy. Our culture and values make Crowe a dynamic and rewarding place to build a career.

Background
Coming from a sporty family (his father Pat played in a couple of Senior Cup finals with Presentation College Bray and played back row for Wanderers; his mother was also a keen sportswoman), Ross, aged 26, went to St Michael’s College – a school well known for producing some of the great talent currently in the Irish game and a very popular feeder school for UCD RFC. While playing at the club, he studied economics and politics and recently completed a diploma in corporate governance with the Corporate Governance Institute.

Ross made his Leinster debut in the 2015/16 season and has since amassed over 100 caps for the province. He made his test debut against Italy in Chicago on 3 November 2018 and has been capped another 12 times.

Ross’s younger brother Harry also plays at fly half for Lansdowne and has recently represented both Leinster and Ireland. 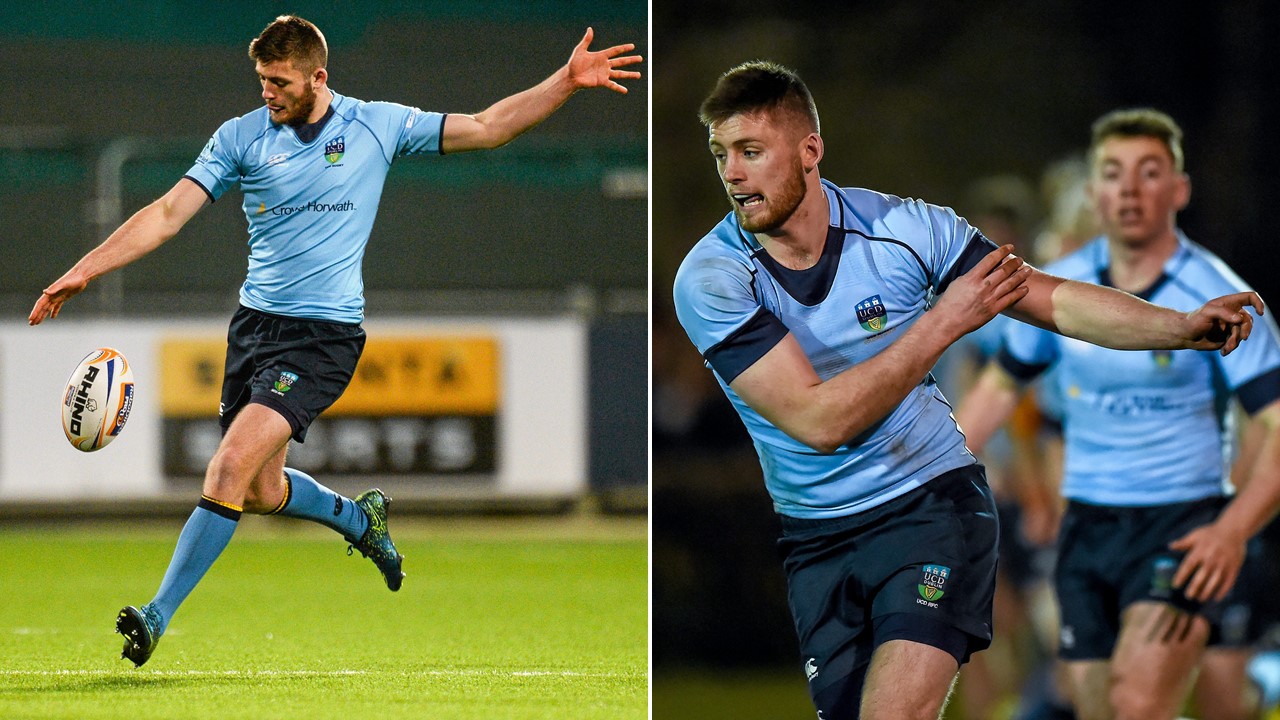 Q. How did you manage the challenge of balancing your time between your studies, rugby and a personal life?
A. It is definitely a challenge because you end up missing a lot of lectures. I suppose it depends on what course you take and how it is structured. My courses were quite varied with a range of different lectures which was difficult, and similarly more attendance-based modules are more challenging obviously. But having said that, when you are in the academy or the first couple of years in the senior squad there are probably 20 or 30 lads in the same boat as you so you just have to get on with it and make it work. If you are playing in school prior to university you get used to juggling your time.

Q. You just completed a diploma in corporate governance. What was the reason for studying that?
A. I hadn’t furthered my studies since college, and someone recommended it to me. It was a 10-week course and I felt it was a great opportunity to learn from peers who were working in companies day-to-day. I also felt it was a good opportunity to prepare for after rugby. Our careers in the game are fairly short and I thought it was worth doing as I continue to prepare for when I do have to retire.

Q. What was it like making your debut for Ireland in Soldier Field in Chicago against Italy?
A. It was strange. I had been on the bench of the summer tour just prior to Australia but hadn’t gotten on the field during that tour. We won the series, but I suppose it was mixed emotions for me as everyone was celebrating and I hadn’t had the chance to play.

But luckily I was picked for the November series and had a chance to play. Playing against Italy in Chicago was bizarre in and of itself. Chicago is an amazing city, and we were staying in the centre of it, and I had a good few of my family and my girlfriend there. The build-up though was normal enough to any other game, albeit that you are training in very different surroundings than normal. But I had I suppose experienced the dressing room when in Australia and was on the bench also for the Italy game, so it felt a little more normal than if I had been starting in my first match after being picked. I got a good 30 minutes or so playing time off the bench so it was a great day, especially having my family there.

Q. Was there any player that took you under their wing when you first joined the squad?
A. Not really. I was lucky in that I knew a lot of the lads similar to my age who were part of the squad. People like Garry Ringrose, Luke McGrath, James Ryan and Dan Leavy had been in there for a year or two already, so they were able to show me the ropes and tell me what is expected of you. There is also a lot of Leinster players in camp so there is a strong support network around you from the start.

Q. Was there a player you admired growing up?
A. I would have focused probably on the number 10s that were playing when I grew up. Ronan O’Gara for example when Munster were at their peak and winning the Grand Slam for Ireland. Johnny Wilkinson also, when he was at the peak of his powers. Dan Carter to a lesser extent due to his freakish physical ability! I looked more towards those kind of game managers at 10s, as that is where I found myself as a player naturally gravitating towards.

Q. You are co-founder of a new start-up called Starfol.io. Can you tell us a little about it?
A. Myself, my older brother Michael Rogers, and Mark Lyttleton of app and web development agency Mosaic started the business a couple of years ago.

It came from an idea about trying to better connect different sports and media personalities with brands and organisations looking for help to launch a product, deliver a message or be a brand ambassador. The platform provides an easy way for big and small brands to find and hire different stars to help monetise the range of different services that these stars can offer.

What’s exciting about it is that different personalities can outline other skills they may have that they may not be known for, offering brands something different. Like a sports star that is very keen on cooking, which might be more interesting to a brand than choosing a chef for their brand activation. The platform is also an easier way to package up different stars from different backgrounds and representation.

We are hoping to launch in the next couple of months, we are just going through a final round of fundraising.

Q. Your girlfriend India Healy O’Connor also launched her own start-up recently called Xelda, a cashless payments app. When do you guys find the time to see each other?
A. India recently moved back to Ireland after working for a few years for Goldman Sachs in London, so we get to spend a lot more time together now thankfully than did when she was abroad!

She came up with the idea for the app, which provides a simple solution for contactless tips, payments and donations, during Covid and finally bit the bullet in July to quit her job and work on the business full time. The business just launched in September but is going really well so far and the sky’s the limit.

Q. Two years ago, Brendan O'Brien from the Irish Examiner asked the question of whether you are the most underappreciated rugby player in Ireland? How have you dealt with the disappointment of not making the Six Nations squad?
A. I keep my focus on the game and myself as a sportsman in that I try to keep improving to maximise my potential. Hopefully you get another chance to play for Ireland and you are ready to exploit that.

I suppose also when you play for Leinster you are always going to be in one of the top teams in Europe and you get the chance to be competing for trophies which is hugely important, and I don’t lose sight of that.

It was a shame to have had so little game time with Leinster due to Covid between the Autumn internationals and the Six Nations squad selection. But a lot of other players were in the same boat so unfortunately there is nothing you can do about that. Patience is an important aspect of playing sport professionally, but it’s not always easy to be good at having it! 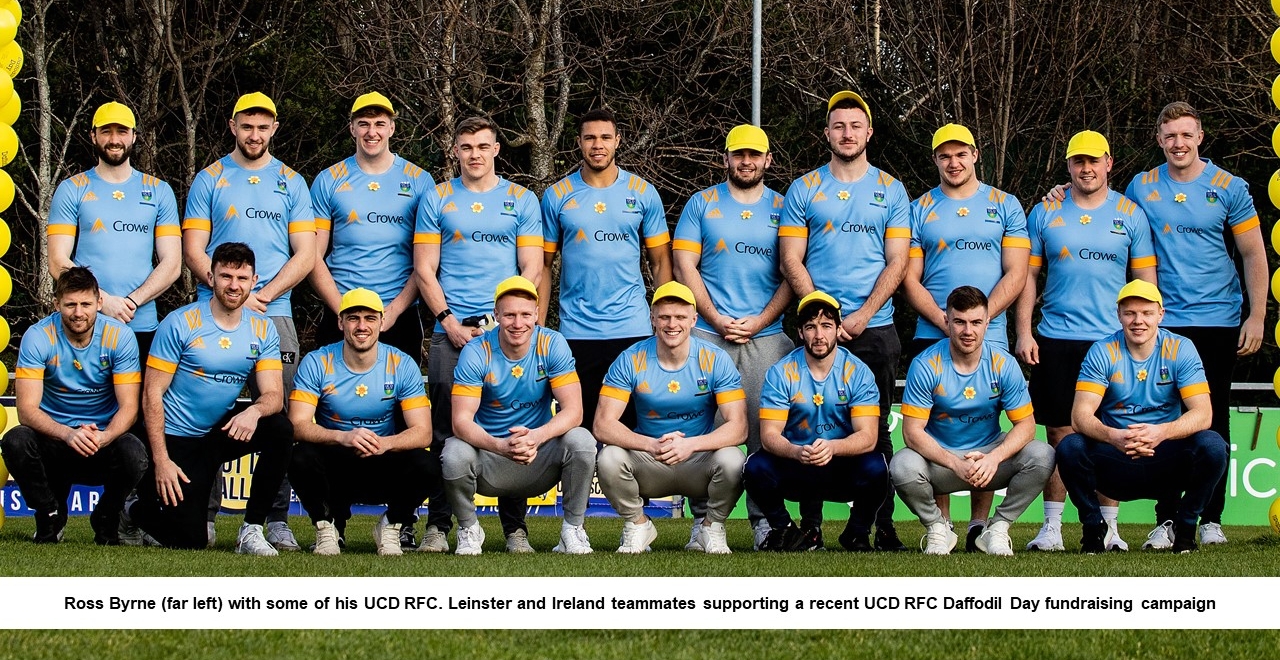 And finally, some quick-fire questions:

Q. Away games, which stadium has impressed you the most?
A. Lyon stadium. We played Claremont there a few years ago and it was probably the best atmosphere I have ever experienced.

Q. Hardest opposite number to date?
A. Probably George Ford (fly-half for Leicester Tigers and England).

Q. Non-Irish player you most admire?
A. [Antoine] Dupont (plays at scrum half for Toulouse and captains the France national team).

Q. What song or party piece did you choose to sing as part of your initiation on your first cap?
A. I sang The Wild Rover by The Dubliners.

Q. Best and worst roommate to date?
A. Best:  Rory O’Loughlin is probably the one I have roomed the most with over the years, so we get on pretty well.

Worst: James Ryan. He cannot sleep with any light in the room so any lights on TVs or air con must be covered with tape. Plus he also snores!

Q. Favourite & least favourite part of being a professional sports person?
A. Favourite: The games – that what we do it for, the game and celebrating the wins.

Q. What is your guilty pleasure?
A. Chocolate.

Q. What’s your favourite hobby in your spare time?
A. Golf is a hobby of mine when it’s going well and torture when it’s not! I watch a lot of football as well in my spare time.

Q. If you weren’t a professional sportsperson what would you be?
A. An entrepreneur.

Crowe is proud to be club sponsor of UCD RFC since 2013. The sponsorship is part of Crowe’s ongoing commitment to harness the best young talent in the country both on and off the field through their graduate and sponsorship initiatives.

Supporting the development of extraordinary talent: