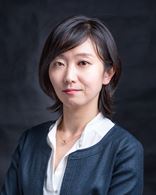 She started her CPA career in one of Big 4 accounting firms in Korea. She also joined a mid-tier auditing firm in Japan from 2008 where she acted its international liaison partner. As she has background of living in several countries of Asia Pacific, she uses the strength to lead in international projects including risk advisory, financial advisory and audit projects of global corporation.

After his 14-year external audit experiend in a mid-tier auditing firm in Japan where he was an audit signing partner and in charge of listed companies, he established his own audit firm. Currently while he is runing the audit firm, he is also providing advisory of internal audit and inernal control and IPO consulting to companies in various industries.