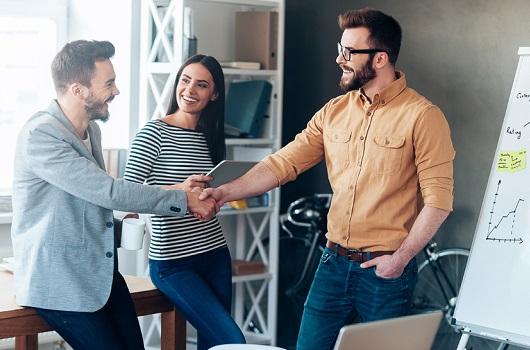 Creativity, resilience and ability to work as a team are some of them

Have you ever wondered why certain attributes or traits linked to the personality or way of being of an individual, and that affects their job success, are called by some as "soft skills"? In the opinion of Andrés Cardemil, CEO & founder of the consultancy Human Net- specialized in the outsourcing of processes and functions- the qualifier of "soft" only comes to diminish relevance to those capacities that companies are demanding, more and more, in the workers. And, according to this executive, such an adjective tends to take away weight or value from a skill that can be developed over time and that for a specific job or position can be relevant and make a difference. That is why the expert proposes in this matter to use preferably the qualifier of "socio-emotional", because that term is more adjusted to the reality of these capabilities. "These so-called soft skills are more related to social aspects of a person, such as their ability to communicate, which makes a difference with other individuals and adds value to their professional profile." This is a relevant factor in these times, especially because of the impact of teamwork or adaptation to changes in an economy that is increasingly collaborative and dynamic, "says Cardemil. He adds that technical or "hard" skills, in as much, are related to formal education and to the knowledge that is acquired in a technical training center, professional institute or university. "Although this model allows to pursue a career and obtain a degree, it does not guarantee that the person will be successful in the work world, on the contrary, it is the socio-emotional skills that have the greatest influence on that," he says. In this sense, Cardemil mentions the following socio-emotional skills as those most demanded by the Chilean labor market in 2018: 1. Creativity That is, the ability to generate original proposals based on new ideas or concepts. 2.- Ability to work in a team. The skill that seeks to take advantage of the synergies that arise from the joint work of a group of people with different strengths and abilities, where the final result is greater than the individual contribution. 3.- Communication. Power to transmit and exchange information between two or more people. "In a collaborative economy where horizontal leadership prevails, having this skill is key to achieving success," says the CEO of Human Net. 4.- Problem-solving. It consists in the search for solutions that give answers to situations that require it, in order to be able to advance and reach the objects proposed. 5.- Resilience. Ability to overcome failure. It is a way to learn or draw lessons from those difficult situations that an individual may face. 6.- Ability to Listen and Empathy. Knowing how to listen is the key to effective communication. It consists in focusing attention and other senses on what is being received. Empathy, in as much, is a skill that consists of putting in the place of the other person, that is to say, knowing what she feels or can be thinking at a certain moment. 7.- Adaptation to changes. In a world of transformations, it is crucial to adapt quickly to changes in order to survive them. In this sense, the flexibility and ability to interpret or read the environment is a great help to stay current and move forward. 8.- Proactivity. In simple terms, it implies having your own initiative, with an engine that helps to get moving, push changes and achieve the goals. The opposite is to be reactive, that is, to expect things to happen by themselves or as a result of chance. 9.- Service orientation. This involves understanding the needs of customers or users who buy our products or services. Worry about knowing your opinion about our commercial offer and receiving your criticisms or comments in a good way, with a marked vision of continuous improvement over time. 10.- Assertiveness. The capacity of an individual to make known what he thinks or feels at a specific moment, in the appropriate terms and forms. It can also be understood as the ability to communicate and defend one's rights and ideas. 11.- Self-control and capacity of centering. The first consists of the ability to control the impulses and reactions to the different situations that are experienced daily. The second concept is linked to the field of coaching and meditation and aims to achieve focus on the present, harmony and mental clarity, among other positive aspects. 12.- Perseverance. It corresponds to the constancy that an individual shows in any area of his life, either by reaching the goals he has set or by overcoming the obstacles that have arisen along the way.