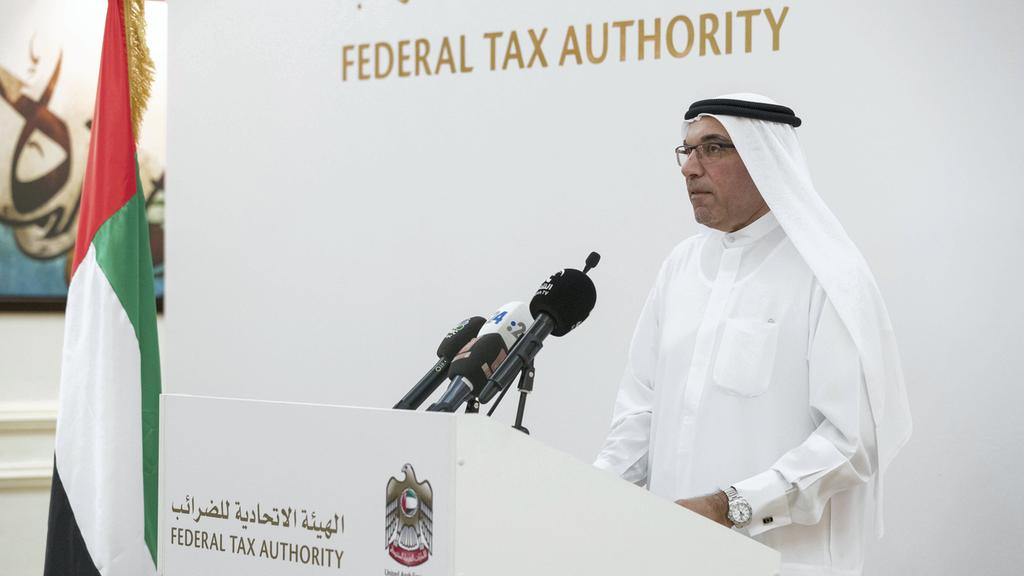 The UAE's Federal Tax Authority is urging companies subject to the value-added tax to register before December 4 to avoid paying the tax from their own pockets, as the country inches closer to introducing the five per cent levy on January 1, the director general of the authority said on Wednesday.

Businesses would be well advised to complete their registration formalities before December 4, as the Federal Tax Authority (FTA) requires by law 20 working days to access and process their applications, said Khalid Al Bustani at a media briefing in Dubai. Companies submitting applications after that date are not guaranteed to get their formalities completed, will not be able to charge 5 per cent VAT to their customers and may have to pay the tax from their pocket until their registrations are finished, according to FTA officials at the briefing.

UAE's Cabinet has approved the draft of executive regulations, the eagerly awaited set of rules that will govern the levying of VAT and will be published in the official gazette once the cabinet signs the final version. “It will be issued fairly soon,” said Mr Al Bustani without specifying the timeframe. “As part of our transparency, the FTA and the Ministry of Finance will publish the draft version [on their websites] until the final approved and signed one [version] is issued.”

UAE, the second biggest and the most diversified economy in the Arabian Gulf region, along with Saudi Arabia is implementing VAT on good and servicesfrom the beginning of January. Other countries in the six-member economic bloc of GCC are expected to follow before end of 2019 under the wider regional tax framework.

The governments in the region, which accounts for about a third of the world’s proven oil reserves, rely heavily on the sale of hydrocarbons for revenues. Persistently low price of crude, however, has forced them to cut expenses and raise revenues from other sources such as taxes and duties. UAE introduced excise tax on the tobacco, energy drinks and sugary drinks in October, following in the footsteps of Saudi Arabia, which became in June the first GCC to levy the tax.

Executive rules for VAT, were the last puzzle of the jigsaw, keenly awaited by the businesses to learn the granular details of how the tax will be implemented.

“The publication of the VAT executive regulations in draft form is a welcome development and will give businesses in the UAE more certainty on the application of the VAT,” Shiraz Khan, a senior Dubai-based tax advisor at Al Tamimi & Company said. “There are no major surprises. The draft VAT regulations do however reveal for the first time how VAT will be applied to free zones. An immediate action point for businesses is to ensure that they are registered based on the timeline previously issued by the Federal Tax Authority otherwise late registration penalties may apply.”

The FTA, the government body tasked with supervising and collection of taxes, has already opened electronic registrations for businesses, which requires companies to submit just the basic information and obtain their tax return number. Failing to register before the deadline could result in Dh20,000 fine for the business, Mr Al Bustani said.

Majority of the larger companies, he said, have already finished the VAT registration process, however, smaller companies need to pick up pace as there are only 35 working days left to finish the formalities.

FTA is also expects to open up the registration process for tax agents who will be authorised to represent a company in front of the authority. The agents will have to clear a specialised test before they could be licensed to operate in the UAE, he said.

“We are receiving a lot of demand. It’s not the ones [tax agents] who will apply, it’s the ones who pass the test. This is very important to us,” he said.