This week I had the pleasure of attending the first African Hotel and Tourism Conference (known as CITHA) run by Horwath HTL, France and Ivory Coast. The event, held in Abidjan at the Radisson BLU, was launched in partnership with Horwath HTL, PROPARCO (a Development Financial Institution partly owned by the French Development Agency (AFD) and private shareholders) and Radisson Hotel Group. The event was also endorsed by the Ivory Coast Ministry of Tourism.

The one day event focussed on hotel development, financing, legal and construction/operational issues and the wider tourism potential for the region. Philippe Doizelet was an excellent MC, Charlotte Specht set the scene for the conference brilliantly and Stephane Durand moderated a panel on large scale urban tourism projects. 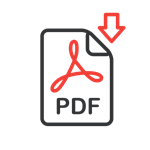