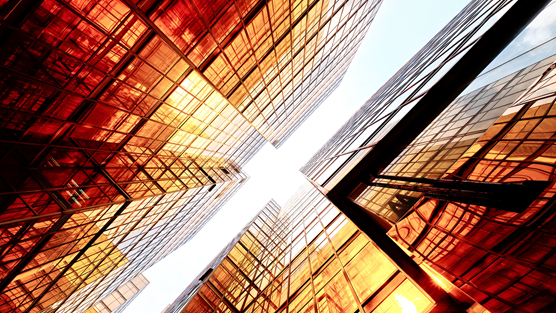 1. The financial restructuring has been modified to cover the outstanding debts from 2021

In the Romanian Official Gazette no. 594 of June 17, 2022, it was published the Emergency Ordinance no. 85 on amending and supplementing some normative acts in the fiscal and customs field.

Starting with June 17, 2022, the legal entities that are in financial difficulty, for which there is a risk of insolvency, can resort to the mechanism of restructuring the outstanding main budgetary obligations as of December 31, 2021, as well as the ancillary budgetary obligations.

The restructuring mechanism takes into account the outstanding debts from 2021, including the debts that were established in 2022, but which are related to the periods up to 31.12.2021.

The budgetary obligations refer to the amounts from the enforceable titles registered by ANAF, as well as the main and ancillary budgetary obligations established by bodies other than the fiscal bodies, as well as for fines of any kind sent for recovery to the central fiscal bodies after January 1, 2022, until the date of issuance of the fiscal attestation certificate.

The restructuring application can be submitted until July 31, 2023, under the sanction of revocation.


2. E-Transport has become mandatory starting with July 1, but fines for non-compliance apply only from October 1

In addition, in the Romanian Official Gazette no. 656 of June 30, 2022, the Order of the President of the National Agency for Fiscal Administration no. 1,190 and of the president of the Romanian Customs Authority no. 4,625 for the approval of the Procedure for the use and operation of the national system regarding the monitoring of the transports of goods with high fiscal risk RO e-Transport.

Starting with July 1, it occurs the obligation of reporting the road transportation of high fiscal risk products, through the e-Transport system, while the contravention regime for non-compliance will apply starting from October 1, 2022.

Specifically, GEO 106/2022 modifies the term of application of the non-compliance contravention regime by extending by three months compared to the mandatory compliance term regarding the reporting of road transport of risky products from a fiscal point of view, through the e-Transport system.

Initially, the non-compliance contravention regime was scheduled to enter into force on July 1, 2022, but in the context in which the business environment requested respite for adaptation, it was decided to postpone its entry into force.

According to the Order approving the Procedure for the use and operation of the national system for monitoring the transport of goods with high fiscal risk RO e-Transport, the categories of road vehicles subject to monitoring in the RO e-Transport system are those with a maximum authorized mass of at least 3.5 tonnes which are loaded with goods with a high fiscal risk, and which meet one of the following conditions, for each business relationship which is the subject of the transportation:

3. Extension of validity for the eight reverse charge transactions which were valid until June 30, 2022

In the Romanian Official Gazette no. 594 of June 17, 2022, Emergency Ordinance no. 85 was published on amending and supplementing some normative acts in the fiscal and customs field.

Starting with July 1, 2022, the validity for the eight reverse charge transactions which were valid until June 30, 2022, which facilitates the simplification measure in the field of VAT, and which remain valid until the end of 2026, has been extended.

This measure is the result of the transposition into the national law of Council Directive (EU) 2022/890 of June 3, 2022 amending Directive 2006/112 / EC as regards the extension of the period of application of the optional reverse charge mechanism referring to the supply of certain goods and services which present a risk of fraud and on the rapid reaction mechanism against VAT fraud.

Thus, the validity for the next eight transactions provided in the Fiscal Code in Article 331, paragraph no. 6 has been extended:

For the delivery of the goods provided in the last 3 points of the previous list, the reverse charge mechanism is applied only if the value of the delivered goods, excluding VAT, mentioned on an invoice, is greater than or equal to 22,500 RON.

Thus, the reverse charge mechanism will apply to these operations until December 31, 2026.

The information contained in this newsletter is intended to give you an overview of new legislation; the newsletter does not contain a comprehensive analysis of each topic. For more information on the topics covered please contact us. No liability is accepted for decisions or omissions following the use of the contents of this newsletter. All Crowe newsletters are available at the address www.crowe.ro.