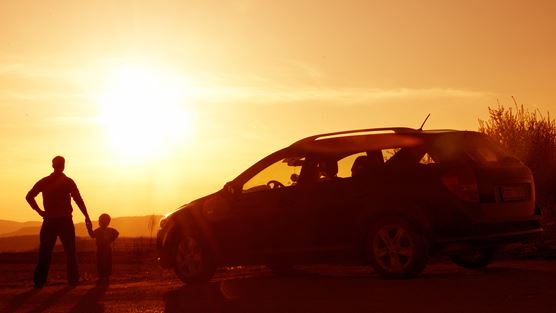 People are really feeling pain at the pump as fuel prices continue to rise. One factor in the increase is the carbon pricing for fossil fuels that was introduced in 2021. To cushion the added impact on those with long work commutes, the tax authorities have created a new rule. Starting in the 2021 tax year, the commuter allowance has been increased from €0.30 per kilometer to €0.35 as part of the German government’s climate action program. The new rate applies starting at 21 kilometers between the employee’s home and workplace. The existing rate of €0.30 per kilometer continues to apply to commutes of 20 kilometers or less. Under the current version of the German Income Tax Act, the rate will be increased further to €0.38 per kilometer (also starting with the 21st kilometer) starting on January 1, 2024. This increase is to apply for a limited term, through the end of the 2026 assessment period.

Note: The current governing coalition has proposed bringing forward the increase in the rate that was originally slated to take effect on January 1, 2024, to counter surging gas prices. This would mean the rate of €0.38 would apply retroactively as of January 1, 2022. However, the Bundesrat still needs to approve this step. Increasing the commuter allowance is not universally welcome, especially among the Greens, one of the partners in the coalition. The coalition has now agreed to craft new rules for the commuter allowance before the end of this legislative period, with more effective consideration for ecological and social matters.

Those with longer work commutes in particular can take advantage of the commuter allowance to reduce their taxable income, thereby also decreasing their tax burden. These allowances can be applied for one travel direction, once per working day. Drivers are required to use either the shortest route to work or the fastest route that is favorable in terms of traffic for their calculations. No allowances are available for days spent on vacation, sick days, or days spent working from home. It does not matter how people get to work. For example, the allowance can also be deducted by commuters who travel by e-bike, motorcycle, bus, or train.

Note: Commuters who use public transit or carpool with others as passengers can deduct a maximum of €4,500 per year. Commuters who drive themselves are not required to observe this limit.