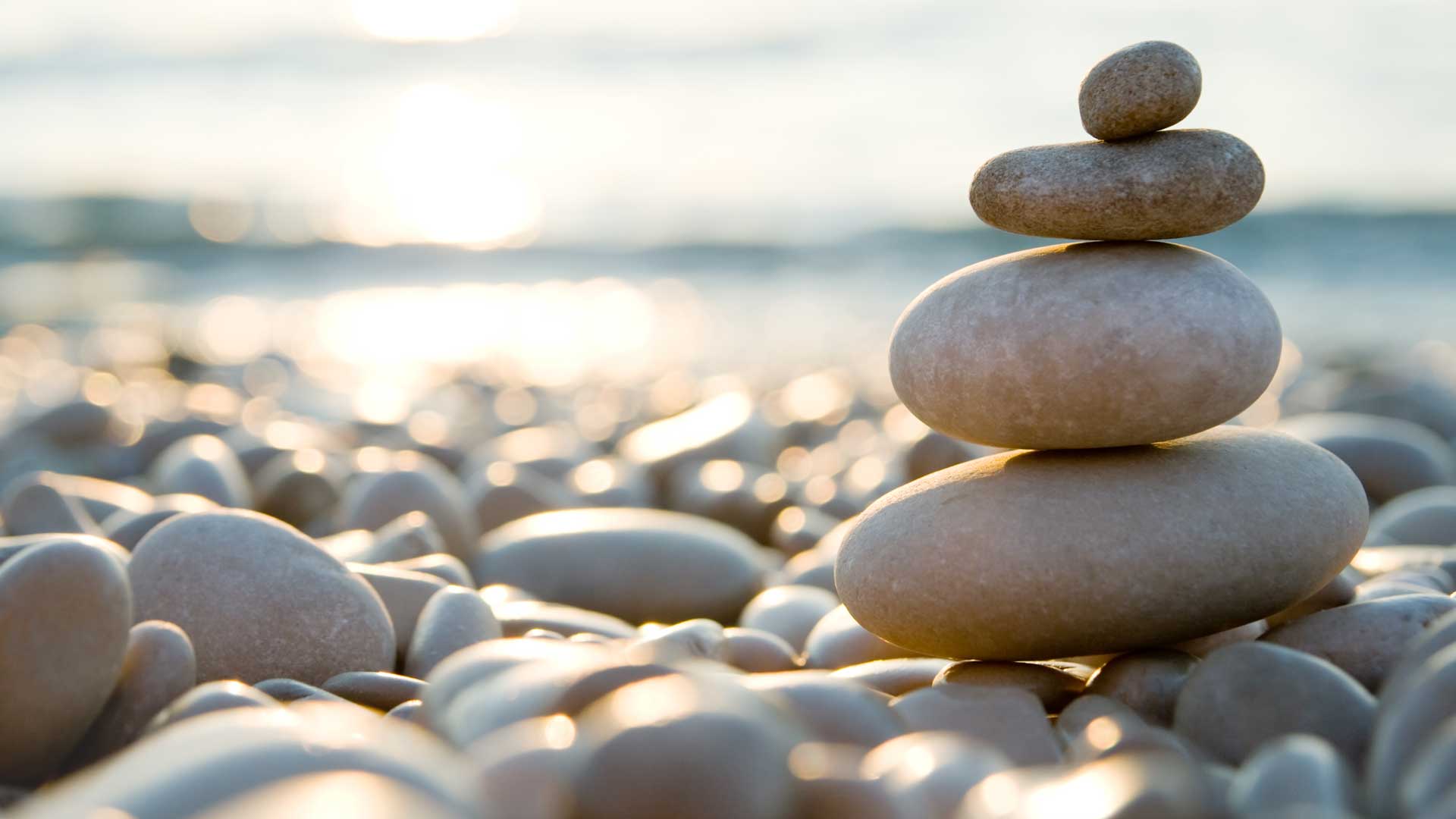 The 2020 Budget set out the direction of travel for the UK to create a thriving economy in a post Brexit environment. It was also the first for many years by a government confident of its majority.

However, the appointment of a new Chancellor with only weeks to prepare, combined with a Budget taking place on a day where coordinated action with the Bank of England to cut interest rates in the light of coronavirus, indicate a deep level of underlying uncertainty about our immediate economic future.

Three points stood out for me:

2020 will continue to be a challenging environment. With growth only forecast to be just over 1% this year, not taking into account the impact of coronavirus, there are clearly recessionary risks for the UK economy in the months ahead, especially if the coronavirus impact escalates significantly. The task facing Rishi Sunak today in delivering his Budget, in setting a confident tone in uncertain times, was clearly not an easy one.

My fellow partners have provide a more detailed commentary on some of the key tax matters below.

Find out how the Budget affects you
Budget 2020

The decision to go ahead with the digital services tax (DST) is best described as 'brave'. It will complicate the trade deal negotiations with the US, but suggests a government willing to follow through on its manifesto commitments.

Probably a popular move politically – especially for a government that prides itself on getting things done. It will put some UK based digital companies at a commercial disadvantage, as it exposes them to double taxation. Perhaps, it is a reflection on the relatively few UK tech companies of sufficient scale that the Chancellor is willing to sacrifice them to a revenue raising measure.

Supporting business during the coronavirus scare has led to the reintroduction of a ‘bridge for businesses’ last seen in the financial crisis through the time to pay regime. The Chancellor outlined a government backed guarantee on loans made to SMEs – which should encourage banks to make funding to businesses struggling with cashflow as result of the economic situation. This is to be welcomed, but as ever, the banks will need to get their systems in place to dispense the funds rapidly to businesses in need. Hopefully they will have the capacity to do so.

The changes to Entrepreneurs' Relief came as no surprise. While not completely abolished, the lifetime limit was slashed to its original 2008 level of £1 million from the current £10 million with immediate effect - a potential cost to business owners of £900,000. While this will not affect smaller entrepreneurial businesses, or those invested under an Enterprise Management Incentive, business owners that have relied upon a succession plan or retirement on the back of this relief will be seriously affected and may need to rethink.

More money is also being made available to tackle tax avoidance - it is clear that the return on this investment will need to have some significant impact if the spending commitments are to be met.

The government is still going ahead to restrict the benefit of the SME research and development (R&D) tax credit scheme for SMEs, but this will be from 1 April 2021. Responding to abuse of the scheme, HMRC consulted with the sector last year and after mixed feedback will launch a second consultation shortly. It is clear that abuse needs to be addressed to create fairness; however we hope this is not to the detriment of the many hardworking SMEs and their owners who are working feverishly to tackle the economic challenges, trying to showcase the innovative talent and expertise across the UK in a post-Brexit world.

The government’s move to introduce legislation to increase the research and development (R&D) tax credit from 12% to 13% is to be welcomed, especially given that, under Labour’s manifesto set out last December, this tax incentive would have been phased out.

However, the proposal only relates to companies claiming R&D tax relief under the Large company R&D scheme with no mention of any changes to the tax benefit under the SME R&D scheme.

Moreover, the net cash tax benefit of the proposed increase is £10.53 for every £100 of R&D spend - only £0.81 more than under the current regime. The improvement is disappointingly low and still compares poorly to the R&D tax benefits for companies claiming under the SME R&D scheme.

Given that HMRC’s latest statistics indicate that so far in 2017-18 only 6,550 companies have claimed R&D tax credits under the Large company scheme, compared to 42,075 companies claiming under the SME scheme, the net impact of the proposed change is likely to be of limited value and to a very small number of companies.

Taper relief, currently results in the annual allowance of high earners being reduced from £40,000 to £10,000. This has created problems for many high earners including in the NHS, where senior doctors are turning down extra work to avoid large tax bills. One of the solutions may have been to abolish taper relief altogether, however instead the budget has adjusted the level of earnings at which the taper relief kicks in from £110,000 to £200,000 and the annual allowance will only begin to taper down for individuals who also have an ‘adjusted income’ above £240,000. In addition the reduced annual allowance will fall from £10,000 to £4,000 for those earning over £300,000. Trustees will need to put plans in place to update their systems for these changes and inform relevant members of these changes.

A consultation will begin on the change from Retail Price Index to Consumer Price Index. The timing of this change is critical as it could have major implications for pension scheme funding and member benefits. Trustees should begin to consider the impact of such changes.

Those earning around the personal allowance and saving into a pension may benefit from a top-up to the basic rate of tax. Whether they receive this top-up depends on how their pension scheme administers tax relief. The government will be reviewing options for addressing these differences.

There has been an increase in the Structures and Buildings Allowance from 2% to 3% but no mention yet of retaining the £1 million annual investment allowance (AIA) after 31 December 2020. This is a shame as the ability to claim relief for the full cost of capital expenditure on plant up to £1 million would improve tax cashflows and eases the compliance burden at a time when businesses are facing numerous macro-economic challenges

If the AIA reduces to £200,000 from 1 January 2021 as expected, taxpayers will not only need to spend time and money establishing which tax category their expenditure falls into but also grappling with confusing limits that will apply for periods that straddle the change in rate.

If the Chancellor was determined to reduce the cost of Entrepreneurs’ Relief, it would have been better to undertake a proper review, and perhaps to introduce a minimum working hours test for shareholders, while keeping the lifetime limit a bit higher. Linking the relief to time spent working in the business is both consistent with how ER applies for partners and sole traders, and with the reliefs that preceded ER and would mean that those entrepreneurs who worked hard to grow their businesses would still be rewarded.

With UK Capital Gains Tax rates still at only 20%, compared with income tax rates of 45%, these changes to restrict ER are unlikely to dampen investor appetite to deploy capital in the UK’s vibrant and successful SME sector.

With the 2% surcharge for stamp duty land tax coming into play for foreign buyers from April 2021, there is likely to be an increased level of activity in the short term for residential purchases as affected buyers look to complete their purchases before the change. A similar spike in the level of activity was experienced prior to the introduction of the 3% surcharge for additional dwellings in April 2016.   The introduction of this surcharge is no surprise, although at the time of the Election manifesto a 3% rate was proposed, so a 1% reduction will be welcome along with the ability to reclaim if the purchaser becomes resident within the following 12 months. It remains to be seen how 'non-resident' will be defined for these purposes – fingers crossed it is not another new definition.

Enterprise Management Incentive plans (EMI) are the most popular form of discretionary tax advantaged share scheme in the UK and is supported by both employers and employees in qualifying businesses. However it is dependent upon EU State Aid approval and so its future is uncertain from 31 December 2020 when the transitional period ends. The Chancellor has announced that the government will review the EMI scheme to ensure it provides support for high-growth companies to recruit and retain the best talent so they can scale up effectively, and examine whether more companies should be able to access the scheme.

The Chancellor has also confirmed that the reformed IR35 regime will be implemented on 6 April 2020, as previously announced.  Medium and large private sector businesses, which are now required to determine the employment status for tax of off payroll workers providing services through a personal services intermediary (PSI) and the party paying the PSI must operate PAYE and NICs on such payments. This leaves very little time for those who have not already started to map their off-payroll working population, and put in place policies and procedures to comply with the new rules, to get their house in order.

In a time when the tax bill for a large business disposal has just increased, there will be those who look hard for more lightly taxed alternatives. So we can expect increased interest in disposals to employees via Employee Ownership Trusts and perhaps an increase in enquiries about relocating to overseas jurisdictions for periods extending into the medium term. On the whole, though, most owners will choose to stay and pay the tax.

Welcome news regarding potential deferred VAT payments, which will assist businesses suffering short-term business disruption at the current time. The key question will be whether this is available to all, or whether reasonable conditions would need to be met, as it would be prudent to ensure that the time to pay arrangements don’t simply defer the inevitable for already failing businesses - ultimately at a cost to the exchequer and taxpayer. For our clients who have genuine short term needs, this could be crucial in getting through this difficult period, but for those who do not need to use the extended time to pay facilities, does the helpline of 2,000 staff remove them from other duties within HMRC, causing delays or reduced services in an already creaking department, or are they additional staff?

Announcing a £30 billion package to combat coronavirus, most of the business revenue relief seem to be targeted at SMEs with less than 250 employees, including refunds for statutory sick pay and access ‘business interruption’ loans of up to £1.2 million.

Companies with more than 250 employees are the ones that many SMEs rely on – they are their customers. If large companies are hit by coronavirus, losing up to 20% of their staff, they may have to shut down production systems, not least for health and safety reasons as for pure numbers required to undertake the work. If a major plant had to shut down for two weeks, the impact would ripple down the SME supply chain very quickly. The Chancellor may have to review his support for business in the light of further developments and this is one area we would urge him to consider.