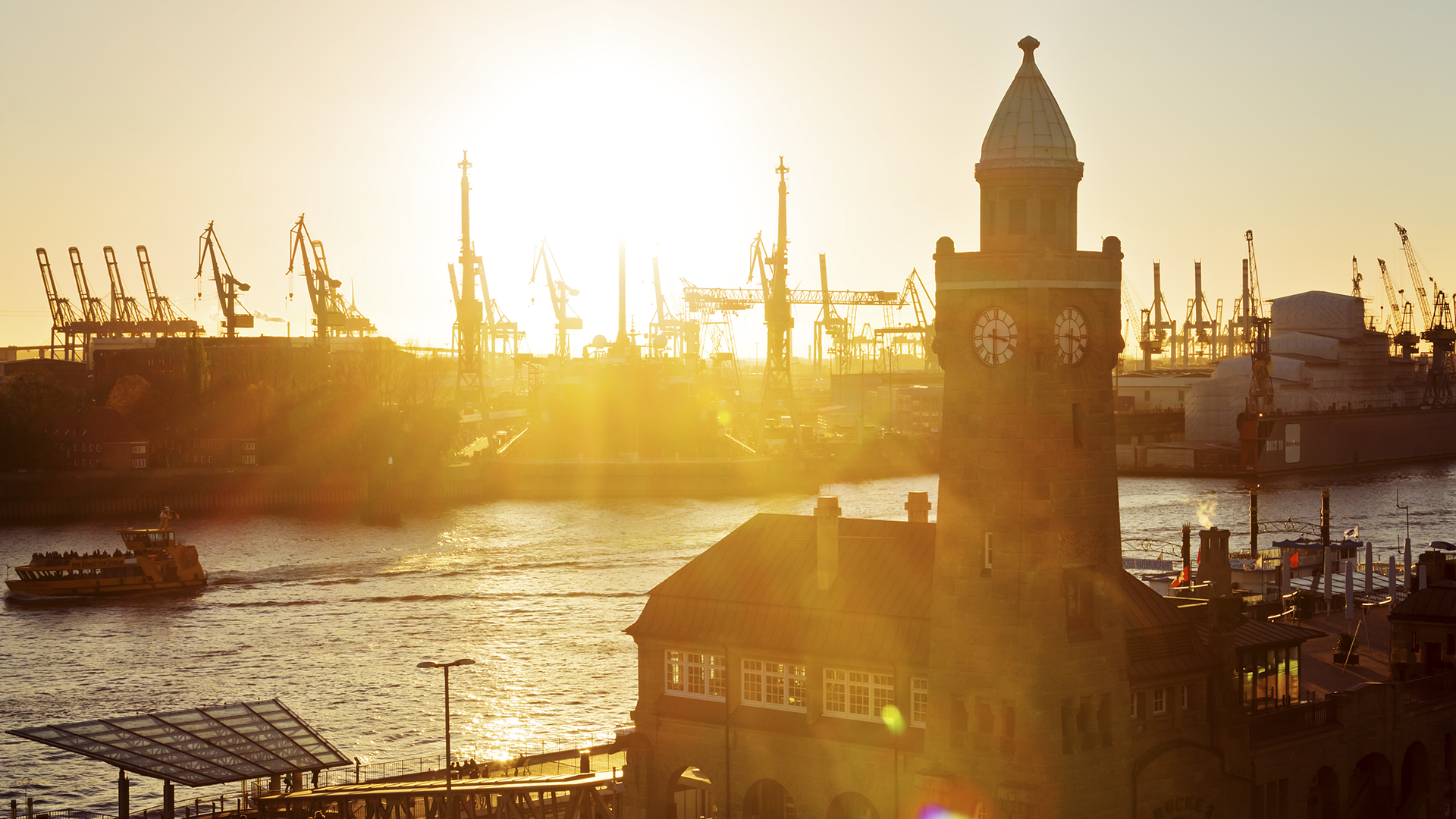 This paper is by way of follow-up to an article in February 2017 in which we asked whether Brexit could allow the UK government to re-introduce Free Trade Zones as part of its aspirations to boost manufacturing in the UK, international trade and to promote local businesses.

We seek to consider in additional detail the mechanics of what would be involved, both legally and operationally, in establishing Free Trade Zones in the UK.

The story so far

There continues to be much debate about the uncertainties arising from Brexit and much of this is painted in a negative light. However, where there is uncertainty or challenge for some there is often opportunity for others. This could be the case with Free Trade Zones (FTZs) which are designed to both facilitate international trade and to promote economic development of the region in which they are located.

The Union Customs Code (the Customs Union) applicable within the EU permits the creation of FTZs. These free trade areas are treated as being outside the common customs area allowing goods to be imported, stored or processed without suffering import duties until they leave the zone and enter the EU. There are no such zones currently operating in the UK as some of these advantages can be obtained by operating bonded warehouses, albeit that there are limits on the goods which can qualify and the activities that can be carried out.

In other parts of the world FTZs attract additional tax and non-tax incentives. Within the EU this has only been possible if such incentives meet the EU State Aid rules administered by the European Commission and the European Court of Justice, under these rules a measure constitutes state aid if it:

However, such State Aid that contributes to the EU economy without undue negative impact can be deemed acceptable by the Commission. The EU has permitted a number of such FTZs to be created for example at Shannon Airport and Katowice.

Mechanics of a Free Trade Zone

A FTZ would need to be a designated physical area. It wouldn’t be a single building but a geographical location. It would most likely entail an enclosed area where the flow of goods and people entering and exiting could be controlled. This is important as there would be a need to prevent criminal behaviour relating to the illegal entry of people/unpaid import taxes for goods.

In its August 2017 Brexit paper on Future Customs arrangements the government talks about using technology both to simplify roll-on, roll-off entries and creating “frictionless” trade procedures and it remains to be seen whether this could be used in some way to reduce the administration associated with operating the FTZ.

Some countries such as Dubai operate Free Trade Zones that are specific to certain industries. However, it would make sense that any FTZs implemented in the UK are made available to all industry sectors in order to encourage as many businesses as possible.

The UK could use FTZs to attract export orientated/ foreign business investors who like the idea of having a low tax area that allows them close physical proximity to the UK and EU markets. Those that would particularly benefit would be manufacturers who import materials into the UK for processing which are subsequently exported from the UK. Transport and logistics businesses and port operators should also benefit as well as the local areas through increased investment and business activity.

The Free Trade Zone in Shannon was first established in 1959 and generates in excess of 3.3billion Euro of annual trade. It is reported to comprise over 600 acres of land adjacent to the airport, developed for manufacturing, distribution and offices and employs over 7,000 employees. For a period of time it offered a lower corporate tax rate than the rest of Ireland and its occupants still benefit from reduced import taxes and government grants where relevant qualifying criteria are met.

Katowice in Poland is the location of a Special Economic Zone that was created in 1996. It provides tax incentives to businesses locating in the region by way of corporate tax relief linked to the investment made by the incoming business. The relief is also adjusted according to the size of the business with greater relief given to small and mid-sized businesses.

Potential barriers to be overcome

There are physical, practical and legal barriers to be overcome. Ideally FTZs would have deep water access to allow volumes to be maximised.

In the Middle East and Asia FTZs are used extensively, but unlike these areas the UK is not blessed with significant areas of undeveloped land. A practical barrier is the availability of sufficient land near to ports for a FTZ to be established. That said, that may not be a barrier in all locations.

Another point to consider is the impact on local residents of the site(s) that are developed into FTZs. In addition to general concerns about commercial developments, walls or fencing would be required to control access which potentially could make the setting-up of a FTZ disruptive for existing land owners/ users. That said, the owners of such land are likely to benefit from an uplift in property value as land in the FTZ would be available for development. Tax incentives could add further financial benefits.

Taking Kent as an example, there are ports along the Thames at Sheerness and London Thamesport with deep water access and land available in the surrounding area, although this might require government action to allow development. London Gateway at Tilbury also has deep water access. Proximity to Europe is likely to be a key consideration in the success of any FTZ. It is therefore more likely that they will be located on the South and East coast. We have identified some further locations below. 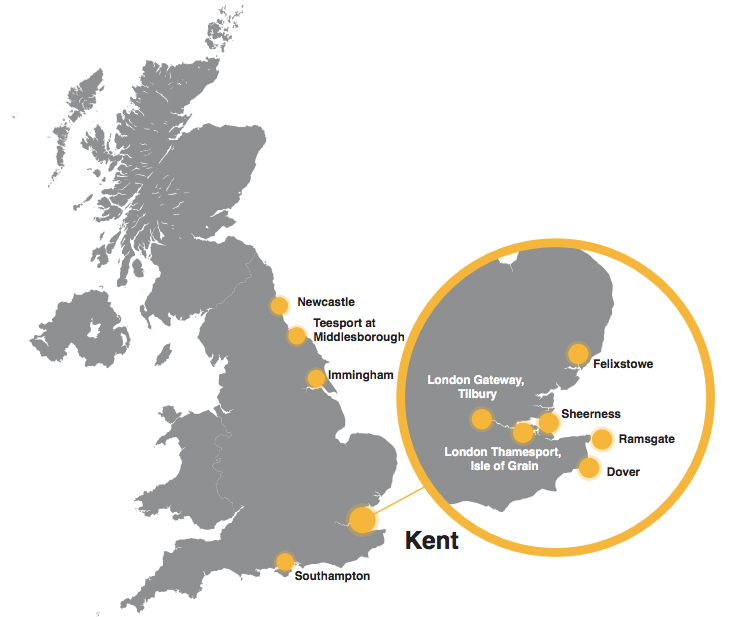 How does Brexit impact the current position?

We are still in a period of uncertainty about the UK’s relationship with the EU following Brexit, however what we do know is that the relationship will fall into one of the following categories which have differing implications for State Aid.

The table below shows that in most post Brexit scenarios the legal barriers arising from EU State Aid would either be significantly reduced or should not arise.

How could the UK use FTZs post-Brexit

Much has been made of businesses choosing to locate their operations in the EU after the UK leaves the European Union. This is a real threat for businesses facing regulatory pressures such as those in the financial services sector, but for other businesses this is a concern over costs.

In a post Brexit world where the UK could set its own policies it might be possible to rebalance the costs arising from EU trade barriers by reducing the cost base of companies or providing other support.

Reduction of corporation tax would be such a benefit but if imposed on a nationwide basis, transforming the UK into an off-shore tax haven would have detrimental impacts on government finances and be seen as an aggressive act by our European partners. A good relationship with a flourishing EU should be a cornerstone of future economic policy.

FTZs provide an opportunity for the UK to continue to attract foreign investment focussed on the wider European market with the associated employment that this attracts. To attract this investment the UK would have to offer incentives that at least compensate for the trade barriers imposed by the EU. Given the need to maintain core taxation receipts these incentives in the form of reduced corporation tax should be offered in clearly defined geographic areas preferably near a port or airport. Imports of goods to the UK market from FTZs should be subject to duties to prevent unfair competition in local markets.

To illustrate the potential for FTZs it is worth considering some simplified examples (see appendices). These illustrate the revenue generated by the UK government using the assumptions detailed below in three post Brexit scenarios:

In the first three examples where the product is assumed to be subject to the average most favoured nation tariff an assumed 14% reduction in UK corporation tax would result in the business profits being higher than any other option if they locate in the FTZ.

All options result in a reduction in UK government receipts from the pre Brexit position, reflecting the need to incentivise inward investment. FTZ incentives can be set to compensate inward investors and make the UK the rational location for sales into the EU whilst minimising the cost to the UK treasury.

This analysis does not allow for other considerations such as customs clearance, future uncertainties etc.

The position is also different for sectors with higher EU tariffs. The fourth example is for a sector such as motor vehicle production where EU tariffs are 10%. In this case corporate tax incentives are insufficient to compensate the inward investor and therefore additional incentives might be necessary.

Following Brexit the UK is likely to be disadvantaged in seeking inward investment into Europe by a reduction in its access to the Single Market. To address this disadvantage the government could consider using FTZs to attract foreign investors. The EU has permitted such zones to be set up for regional development purposes in a number of locations including Shannon and Katowice. Following withdrawal from the Single Market the UK would suffer at least a short term disruption to its trade patterns and inward investment and should therefore argue that FTZs are a legitimate means of promoting regional development.

The EU has already indicated that it would not want to see a weakening of the state aid provisions in the UK. It is not unreasonable of the EU to seek to prevent the creation of an offshore tax haven. The use of FTZs, if applied on a proportionate scale, with the sole intention of maintaining the current position in respect of pre and post Brexit inward investment decisions, could not be regarded as the creation of such a tax haven.

(1) Taxation trends in the European Union published by the European Commission [PDF]. The FTZ corporate rate would be a matter of policy going forward.

(2) The Tax Burden of Typical Workers in the EU 28 – 2017 by Institut Économique Molinari [PDF]. The UK import tariffs are a matter of policy going forward. For the purposes of the illustration, the tariff from the EU has been set to mirror the Most Favoured Nation tariff applied by the EU, that from the FTZ would be set to prevent unfair competition against UK based manufacturers.

(3) World Trade Profiles 2016 – by the WTO [PDF]. The figure quoted is the trade weighted average for Non Agricultural products.