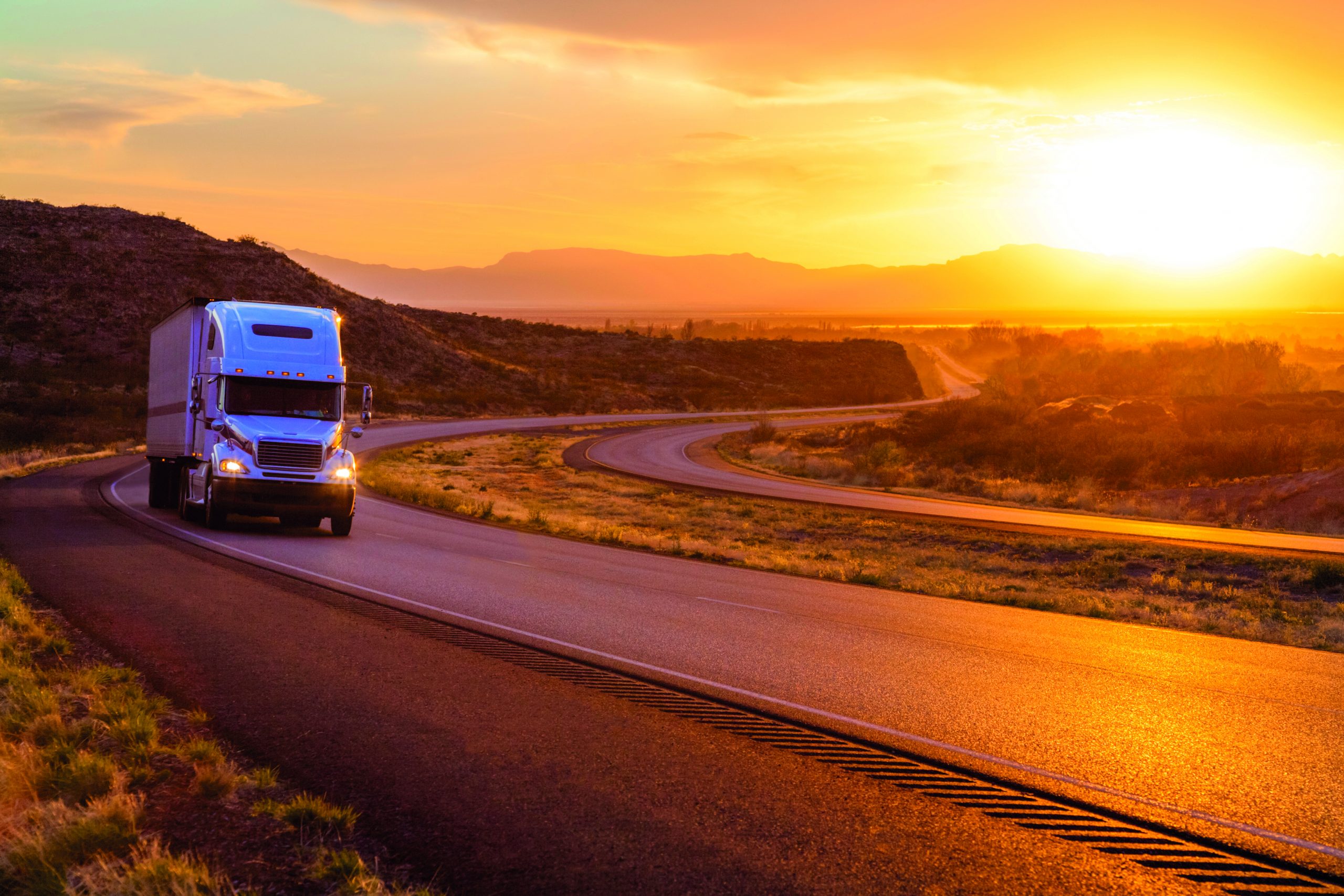 We consider the major VAT changes and customs compliance obligations introduced in 2021 in the UK as a result of Brexit, as well as pinpoint further changes that lie ahead in 2022.

This article was first published on BloombergTax.

The end of January 2022 marks the anniversary of the UK’s exit from the EU through the end of the Brexit withdrawal period. The last 12 months resulted in some significant upheaval, particularly for organisations trading in goods, which is the focus of this article, with changed VAT and Customs Duty compliance obligations arising for many. From an indirect tax perspective, businesses have had to adapt to new import and export processes, handling customs duty obligations, the loss of EU VAT simplifications and new requirements to move goods between Great Britain and Northern Ireland.

It is hoped that 2022 will bring further stability, however, more changes are anticipated and organisations must continue to prepare for these.

The immediate indirect tax changes resulting from Brexit created business critical risks for organisations to deal with, both in terms of minimising the impact on their margins as well as ensuring the ability to continue to trade with their customers and suppliers.

For the first few months of 2021, those organisations largely reacted to the new Brexit rules; both from a technical perspective but also from a practical one. There were a number of myths about the UK/EU trade deal which resulted in considerable friction.

In recognition that there was an increase in the number of imports and many businesses were inexperienced in the administrative requirements, UK government introduced a number of easements (regulatory and tax) to facilitate the flow of goods into the country. While the easements were intended to support businesses, some added to the uncertainty created by changing compliance requirements. Most recently, the goalposts have once again been moved on the introduction of checks and controls on imports of agri-food products from the EU, with business struggling to keep track of the various changing milestones.

Another such example is delayed customs duty declarations. Businesses have had the ability to opt to delay their Customs declarations for goods imported into the UK from the EU since 1 January 2021. This easement will end on 31 December 2021 which means that goods could be stopped or turned back from the port if a customs declaration is not submitted at the point of import into the UK.

For those businesses who took advantage of the delayed declaration easement, there is a period of 175 days for the importer to follow-up with a detailed supplementary declaration, if this is not done then the goods are deemed to have not been legally declared, and could be subject to forfeiture and penalties. Experience has also shown that some businesses were not aware that submission of their declarations had been delayed, increasing the risk of possible compliance failings.

Another area where there were compliance difficulties during 2021 is the recovery of import VAT. HMRC introduced Postponed Import VAT Accounting (PIVA) from 1 January 2021 which allowed, and still does, importers to postpone the payment of import VAT to their VAT return so that they pay and often reclaim the import VAT at the same time, eliminating the cash flow disadvantage of paying import VAT at the frontier. Where PIVA is used, organisations will need to ensure that the GB VAT number and GB Economic Operators Registration and Identification number (EORI) are linked. When this is not the case, VAT becomes payable before the goods are released, which can lead to delays.

While using PIVA has a positive impact on cash flow, a decision has to be made for each import as to whether it will be used and this is resulting in importers having a mix of imports where PIVA is applied and others where the ‘old’ system of paying the import VAT at the time of entry and then subsequently recovering it via a VAT return when a C79 certificate is issued by HMRC.

This dual system causes confusion for businesses. As has the need to have an account separate from the HMRC Gateway to access the online PIVA statements. It is also not uncommon for businesses to have imported goods and to have ‘missing’ import VAT, either because they deferred the declaration, they did not use PIVA (and so should receive a C79) or the transaction is missing from the PIVA statement for another reason.

The most high-profile area is in relation to the Northern Ireland Protocol. The UK/EU renegotiations over the terms of the arrangement have been widely reported and there remains the possibility that the UK may trigger article 16 of the Northern Ireland Protocol which allows either party to suspend part or all of the protocol if they conclude that its operation leads to serious “economic, societal or environmental difficulties” that are liable to persist.

The potential implications of triggering article 16 could extend well beyond the limited impact of the article itself, and along with additional actions the UK government may take with it, this is could lead to a snowball effect and a rapid further deterioration in UK-EU relations, with the EU possibly taking reactive measures including suspending or Terminating the EU-UK Trade and Cooperation Agreement, applying tariffs or require additional checks or licences on imports from the UK or cease cooperation in other areas such as on data adequacy, aviation and research programmes. Given businesses desire stability to plan and meet their compliance obligations, such uncertainty makes doing so all the more difficult.

Freeports are part of the government’s “Levelling-Up” strategy and the Spring Budget 2021 announced the introduction of Freeports in eight areas – East Midlands Airport, Felixstowe and Harwich, Humber, Liverpool, Plymouth, Solent, Thames and Teesside. It is intended that a further four areas will be identified in England, as well as in Scotland, Wales and Northern Ireland.

A lot of work has been taking place behind the scenes to create the legal and operational framework for the freeports to open. There will be tax incentives for businesses to relocate to the freeports and they are expected to support UK manufacturers who import materials to create finished goods which are exported around the world. Further details of the specific tax fiscal regimes applicable and the opening of freeports in 2022 is expected.

It should be noted though that many of the likely customs related benefits of a Freeport area are already available elsewhere, through existing duty suspension (customs warehousing) or relief approvals. A Freeport area may offer some simplifications not available under conventional customs warehousing or inward processing, but these have not yet been defined. So, setting-up in a Freeport may not necessarily be the most appropriate action for businesses to take given the likely large capital costs of relocating/ opening new premises.

As noted above, the ability for businesses to delay making import declarations will end. This will result in more declarations being made at the time of entry so businesses should ensure there is a good communication flow between themselves and their customs agents.

As the UK expands its range of trade agreements with other countries, complex rules of origin will play their part in determining the eligibility of goods for preferential duty rates. The UK continues to pursue a trade agreement with the US, however, the continuation of retaliatory duties on UK steel products shipped to the US are an indication that the UK’s negotiating power may be less effective than it once was.

It is hoped that 2022 will be a year with more stability when compared to 2021, with less changes to the VAT and Customs Duty rules applying to imports and exports. However, there are several areas where further changes can be expected, including trade with Northern Ireland, the end of delayed customs declarations and the opening of Freeports in the UK. Organisations will need to consider any impact on their operations. Some organisations have already been strategically assessing whether their post Brexit supply chains are optimised which may lead to further changes for some, particularly as organisations also reflect on whether any particular changes are needed to their arrangements as a result of wider supply chain considerations.

The initial impact of Brexit in 2021 had also been cushioned to a certain extent by a set of easements which prioritised the flow of goods above collection of revenue. For many UK businesses which may have considered the impact to be minimal, 2022 may challenge the strength of their preparedness, as the UK’s priorities migrate back towards revenue collection and customs compliance.