Making Tax Digital: what do housing associations need to change to comply?

Complying with HMRC’s new VAT return requirements should not be onerous, and provides an opportunity to improve processes, says Adam Cutler.

Around this time of year, most finance teams will be pulling together one or more VAT returns for the September period. Some are now also beginning to think about the requirements for HMRC’s Making Tax Digital (MTD) scheme, and what changes they will need to make to comply.

MTD is due to come into effect from 1 April 2019, and will affect almost every organisation that has to submit a VAT return. We know that organisations have been quoted four or five-figure sums for systems upgrades and compliance reviews among other requirements. The good news is that we believe many HAs are already close to complying with the new requirements, and the additional cost of achieving full compliance should therefore be small.

The first change is that HAs will no longer be able to go into HMRC’s online portal and type in the figures into the nine boxes of their VAT return. These figures will need to be transferred via an ‘application programme interface’ (API). Various software providers are offering a solution that provides an API link between HMRC’s portal and the front page of a VAT return spreadsheet for around £30. A list of providers whose API software has been tested is available on HMRC’s website.

Many accountancy software providers are marketing their latest products as being MTD-ready, or offering an upgrade to an earlier version. This is only really helpful to small businesses who can calculate and submit their VAT return using their accounting software alone. At Crowe, we are not aware of any HA that does this, and invariably they need to use a spreadsheet for areas such as partial exemption.

The second requirement is to keep all VAT records digitally, although it is likely that many HAs are doing so already. There could be some exceptions, such as transactions that take place outside of the main accounting system, where, for example, invoices are paid by solicitors and deducted from completion statements, rather than going through the normal accounts payable cycle.

The third requirement is that there must be digital links between the VAT return spreadsheets and the underlying accounting records. Over the last five years, most HAs have already acquired a tool that let them download information directly from their accounting software into Excel, rather than typing in figures, so again it is likely that no further changes are needed. Figures from non-accounting records, such as floor areas, can still be typed in.

Most HAs will probably need to address the VAT return spreadsheet itself. Under the final requirement, the figures will also need to link within the spreadsheet. Typing figures in, or copying and pasting, will no longer be allowed.

When do HA's need to be ready?

The first two requirements will apply to VAT returns for periods commencing on or after 1 April 2019. In the last few days HMRC has announced a six month deferral in certain circumstances. However, most HAs will still need to be ready to submit their June 2019 VAT return by API no later than 7 August 2019. Those on monthly VAT returns (which includes most design-and-build subsidiaries) will need to be ready to submit even earlier, by 7 May 2019. The third requirement comes in from 1 April 2020.

In advance of the changes coming into effect, Crowe held an MTD for VAT seminar in September this year for our clients, to understand how prepared they were for the changes. More than 20 HAs from across the UK took part in the webinar, along with a range of other non-profit organisations, from trade unions to charities. During the webinar, we asked attendees a range of questions about MTD, including where they felt they were in their preparations for complying with the requirements and what area of MTD for VAT was giving them the most concern. From the responses received, the vast majority of respondents (nearly 79%) had either not yet started, or had only just begun to review their positions. Only 10% had already implemented a solution that worked, or were actively working on implementation. When asked what was causing them the most concern, nearly half (46%) said the availability and cost of software solutions, was the biggest concern, followed by the complexity of their own VAT compliance process (26.5%). It is clear then that many organisations are not yet ready for the changes coming into effect. 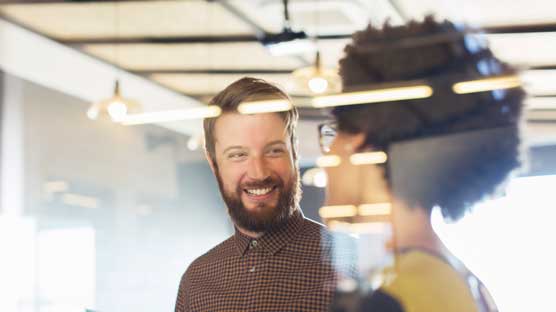 An opportunity to make improvements

MTD should be seen as an opportunity to review VAT compliance processes and ensure that they remain fit for purpose.

Many organisations will be using an Excel spreadsheet that has been added to and amended by various people over the years and is now fairly unwieldy and hard to follow. MTD provides a good reason, and a clear deadline, to allocate some time to have a thorough review of the VAT return processes. Hopefully the time saved in the future will justify the investment now.

This article first appeared in Social Housing in October 2018.