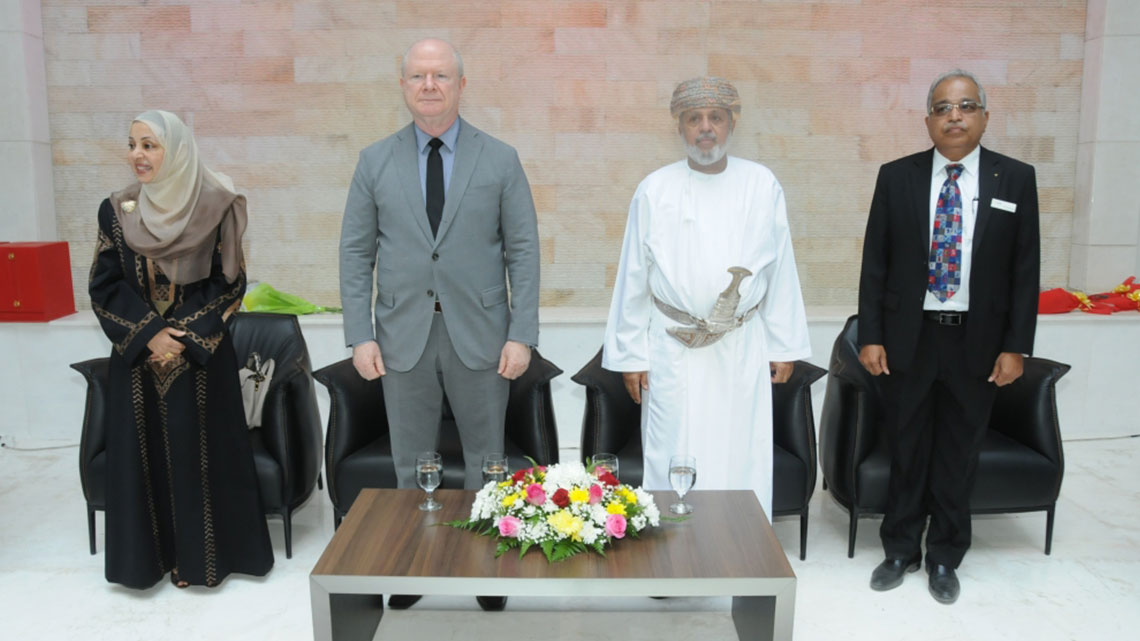 Business models are undergoing rapid transformation ever since the world stepped into the digital revolution and artificial intelligence (AI), block chain, machine learning and crypto-currency are no longer fancy terminologies but the future of business," Davis Kallukaran, Managing Partner of Crowe Oman, said.

"These are the tools with which businesses are talking to each other. Moving ahead, you cannot live without it. Either you embrace it or you die. We have to be in the race to attract the right talent by employing state of the art infrastructure, and hence, we have invested in our own office,” he added.

He was speaking while welcoming the invitees to the new office premises of Crowe Mak Ghazali, the member firm of Crowe Global, the 8th largest accounting network worldwide. The new office was inaugurated by Nasser Hamood Al Rawahy, Deputy Chairman of the State Audit institution. Marc J. Seivers, the ambassador of the United States to Oman, was the guest of honour at the event.

A humble beginning, a journey of almost a quarter of a century, and a steady growth, Ghazali Mak, as the firm was known originally, has evolved over the years into Crowe Mak Ghazali, the Oman member firm of Crowe Global, the 8th largest accounting network worldwide and now moving to their own office. They are the first major international accounting network to do so and it’s indeed a great achievement and a unique distinction.

This would not have been possible without the benevolence of His Majesty Sultan Qaboos bin Said Al Said, under whose reign we set up our practice and under whose shade we thrived and reached this level.

As the Sultanate enters the 49th year of renaissance, ours is a standing testimony and a tribute to His Majesty of the favourable and encouraging business environment existing in Oman, Davis said.

"The partnership of Crowe Mak Ghazali with Madam Muna bint Abdullah Al Ghazali and Dr Khalid Maniar, Founder and Chairman, Crowe Mak UAE, is a shining example of a golden relationship which has been fostered in trust and harmony with a vision and mission to be the most preferred audit firm in the entire Sultanate. Today, you are witnessing yet another major step towards that vision: our own office," said James Mathew, Member of the board of Crowe Global and CEO of Crowe Mak Group in the UAE and Oman.

The event was attended by the business and banking communities in large numbers.