Private equity funds feared the recent overhaul of the income tax regime would dramatically alter the treatment of carried interest. While the final language in H.R. 1, commonly known as the Tax Cuts and Jobs Act (TCJA), was not as severe as many feared when it comes to this component of fund manager compensation, it has brought renewed interest in the different carried interest models.


The particular model motto used by a fund is subject to negotiation with investors. Some private equity managers, though, are familiar only with the “American method.” By developing an understanding of additional models, these managers might find that a different model is more appropriate in certain circumstances.

Typically, investors pay private equity firms a 2 percent annual fee on assets under management, plus any carried interest. A carried interest represents an additional share of fund profits paid to the fund manager if fund returns exceed a certain level of performance. This carried interest might accrue from year to year until investments are harvested and a cash payment is made.

The carried interest is intended to incentivize managers to achieve a higher fund performance. The fund manager might distribute any carried interest, on a largely discretionary basis, among the deal team, the principals, the chief financial officer, the controller, and other employees, in part to reduce employee turnover.

Generally, the different models will result in the same amount of carried interest over the life of the fund. The principal distinction lies in the order in which investment returns are returned to investors versus paid to the manager as carried interest. Certain models calculate the interest based on a whole-fund, back-loaded basis or a deal-by-deal, front-loaded basis. The whole-fund, or European, approach generally favors the limited partners (that is, the investors), while the deal-by-deal, or American, model is more favorable for the general partner (the private equity fund manager). Most models contain a mechanism known as a clawback, where, if at the end of the fund the manager has received more carried interest than is calculated on a life-to-date basis, the manager must return the excess to be reallocated to the investors. The clawback calculation considers the whole life of the fund, after all the investments have been exited and proceeds distributed.

Under the European model, the investors must first receive distributions covering their total capital contributions to the fund – including capital called for realized and unrealized investments, management fees, and other fund expenses – and their preferred returns on those contributions. Only then does the manager receive its carried interest (usually with some type of catch-up providing, for example, that the manager is entitled to all of the profits until it has received 20 percent of the fund’s total profits), based on the performance of the overall fund. Throughout the life of the fund, the manager is paid only its management fee.

Over the years, this strict approach has fallen out of favor and has been replaced by a modified or hybrid American model that incorporates consideration of unrealized losses in the portfolios. Under such a model, the manager is compensated for investments as gains are realized, net of any unrealized losses; unrealized gains are disregarded. This reduces the chance that carried interest is calculated on profitable realized investments when losses are expected on investments still held by the fund.

The European model sometimes includes a clawback mechanism, as well. But the American model is much more likely to produce an overpayment of carried interest during the life of a fund. Investors might even insist on interim clawback tests between the end of an investment period and fund liquidation with an American model. Some agreements incorporating this hybrid American model might require an escrow for the manager's carry.

A hybrid approach also has been developed for the European model. The diverted-fee model considers fund performance on a deal-by-deal basis, like the American model, but the manager’s carried interest distributions are diverted to the investors until they have recovered all of their capital contributions and preferred returns. At that point, the manager begins to receive distributions from exits, along with catch-ups on the diverted distributions.

Ultimately, assuming that a clawback feature is included, the European and American models should result in the same aggregate sharing of profits by a private equity fund manager over a fund’s life. The only variable is when the manager receives the carry.

Most private equity fund agreements adopt the American model with a clawback. Research indicates that 64 percent of North American funds use some form of deal-by-deal carry, with 36 percent employing a whole-fund approach.1 This is understandable, as managers do not wish to wait seven to 10 years to see a return beyond the management fee. Delays of that duration make it difficult for firms to recruit and retain talent, pay expenses, and stay motivated.

A single fund could include a combination of different preferred return rates and carried interest percentages. Different classes of investors can have different agreements with the private equity fund.

Private equity funds had good reason to worry about the tax treatment of carried interest when Congress turned to tax legislation in 2017. President Donald Trump repeatedly had promised to eliminate the so-called carried interest loophole on the campaign trail. Even before his emergence as the Republican candidate, legislators regularly had proposed bills in Congress to treat carried interest as ordinary income.

The longer waiting period should prove irrelevant for many private equity funds, which customarily hold investments for five to seven years. Funds must be careful, though, not to let the holding period solely color their vision about when to exit deals. For example, failing to exit an investment that has tripled in 30 months in order to pay the 20 percent capital gains tax instead of the 37 percent ordinary income tax could constitute a breach of fiduciary duty to the investors.

The appropriate carried interest model for a particular fund or investor class will depend on a variety of factors, including the new tax rules. Understanding the different approaches is the first step to negotiating the best model for the circumstances. 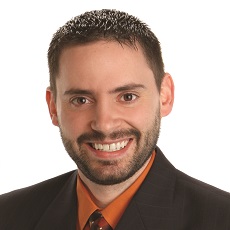