On Dec. 18, 2015, President Barack Obama signed the 2015 tax extender legislation under the Protecting Americans From Tax Hikes Act of 2015 (PATH). One provision of the act affects small captive insurance companies. This provision, which is effective for tax years beginning after Dec. 31, 2016, raises the current Section 831(b) annual premium limit from $1.2 million to $2.2 million. The annual premium limit is indexed for inflation beginning in 2017. The provision also adds a new diversification requirement for Section 831(b) captives that is designed to prevent a captive from being used as an estate planning tool.

Test 1: No more than 20 percent of the net written premiums or direct written premiums (whichever is greater) of the captive may be attributable to any one policyholder. For purposes of this test, all related parties within the meaning of Section 267(b), Section 707(b), or corporations that are members of the same controlled group are deemed to be one policyholder. Most stand-alone captives and most captives participating in the standard captive pool structure will not pass this test because they commonly issue 100 percent of their direct written policies to related parties. It appears, however, that extended warranty captives may fit within this test.

Test 2: The spouse or lineal descendants of the owners of the entities insured by the captive cannot own 2 percent more of the captive (directly or indirectly) than they own of the insured businesses.

In instances where a holding company owns all of the insured entities and the captive, this test will be met because the ownership of the captive and the insured entity is identical. With the guidance currently available and the language of the statute, if businesses have family members that own the captive and there are any differences in the ownership of any of the insured entities, it will be difficult to determine with any degree of certainty that the 2 percent test is met. This test was added because the U.S. Department of Treasury viewed as abusive certain estate planning strategies using captives even though such use was not prohibited by law.

Situations in which the spouse or lineal descendants own shares of the captive and do not have an identical ownership in all of the insured entities are less clear. The entities may have different classes of stocks or special allocations.

Although there are reporting requirements for the diversification requirements in the legislation, guidance on complying with the disclosure requirements has not been promulgated. 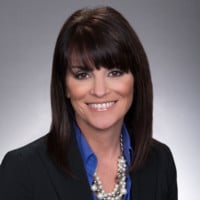