Tax News Highlights
share
The proposed regulations for the transition tax provide an election for U.S. shareholders to adjust their basis in controlled foreign corporations (CFCs) for allocated losses to reflect the parallel impact on previously taxed income accounts. The following example illustrates how the stock basis adjustment and elections work:
Sign up to receive the latest tax insights, and tax regulatory and administrative updates.
Subscribe now 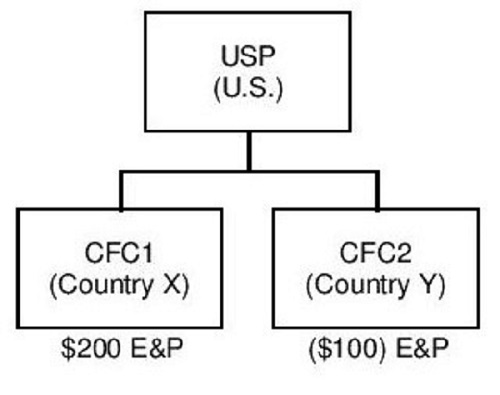 Without application of the stock basis adjustment election, USP’s stock basis in CFC1 will be increased by only $100 ($200 earnings less $100 deficit) under Section 1.965-2(e) and (f)(1), despite having a previously taxed income account of $200. Furthermore, CFC2 would retain its stock basis despite the allocation of deficits to CFC1. This creates a potential for taxing CFC1’s PTI in the event of a sale or distribution of PTI that exceeds basis.

Under Section 1.965-2(f)(2) of the proposed regulations, a stock basis election can be made to adjust the stock basis of the CFCs to match each CFC’s PTI account under certain circumstances. If made for the example provided earlier, USP’s basis in CFC1 would increase by an additional $100 for a total increase of $200, allowing the increase in USP’s basis in CFC1 to match the increase in CFC1’s PTI. CFC2’s basis would be reduced by $100.

These are important items to consider when making this election:
While the election might prove advisable in limited circumstances, it also might result in a surprise gain realization in other circumstances. Taxpayers should model the potential impact of the election before making any election.