share
The U.S Department of the Treasury and the IRS on June 11, 2019, finalized regulations that govern the availability of charitable contribution deductions under IRC Section 170. The regulations aim to end state tax workarounds that attempt to circumvent the $10,000 limit on an individual’s, trust’s, or estate’s state and local tax deductions.

The Tax Cuts and Jobs Act created Section 164(b)(6), which limits to $10,000 ($5,000 if married filing separately) an individual’s deduction for the aggregate amount of state and local taxes paid during the calendar year. The limitation applies to all state and local taxes paid, including income and property taxes. It particularly affects taxpayers in high-tax states by potentially reducing the deduction for state and local taxes previously available. In an attempt to circumvent the limitation, many state and local governments have implemented tax credit programs under which taxpayers may receive tax credits in return for certain charitable contributions. The IRS addressed the wave of state workarounds in June 2018 in Notice 2018-54 and in proposed regulations issued on Aug. 27, 2018.

The following chart illustrates the impact of the safe harbor: 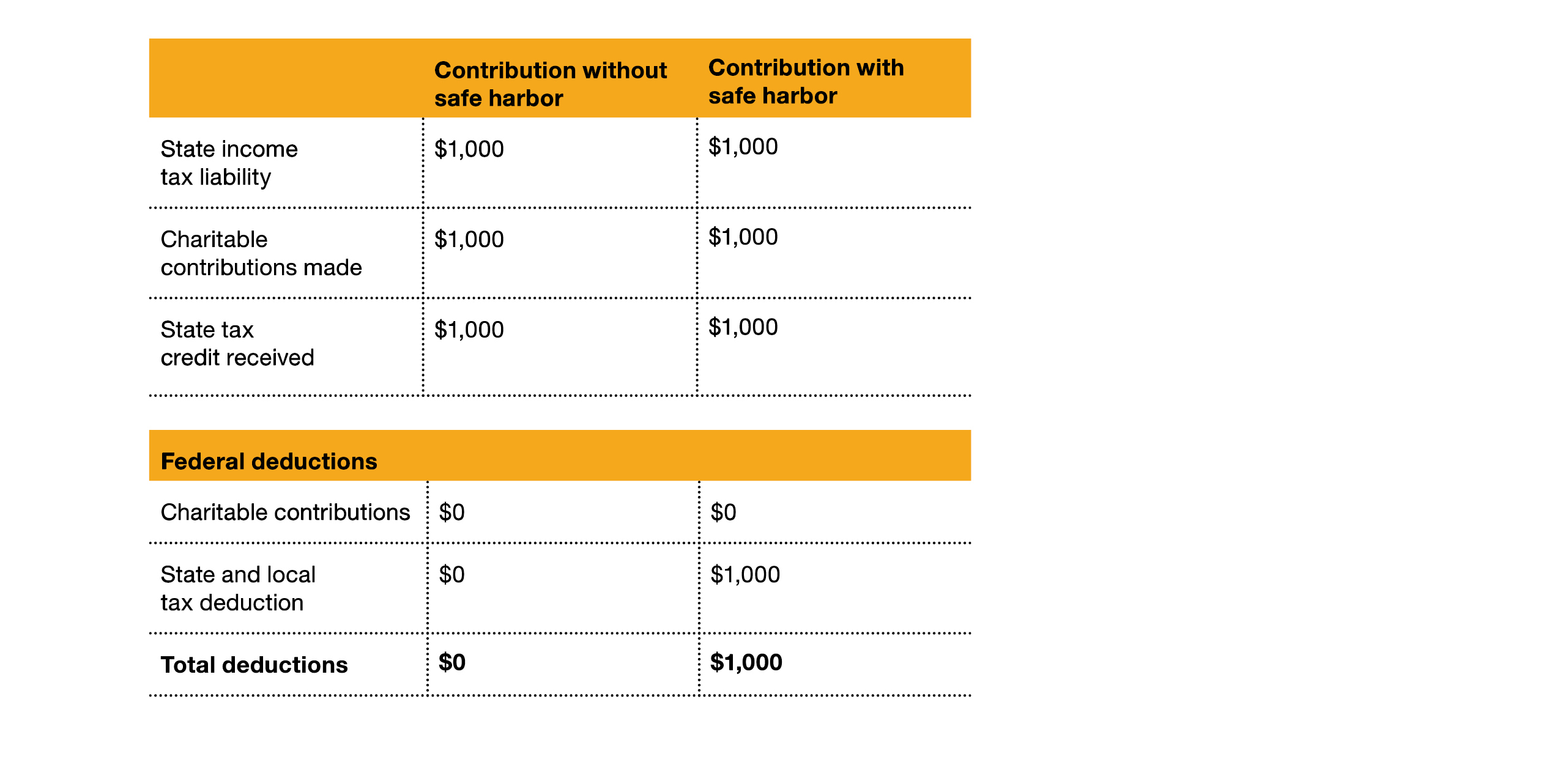 Many states have offered income tax credits for contributions to public or private schools or to charities that target a specific population or societal issue. Although these programs were not created to avoid the state and local tax cap, the preamble to the final regulations makes it clear that contributions to these organizations are subject to the rules unless they qualify for the de minimis threshold.