The Social Security Act authorizes the secretary of health and human services to seek civil monetary penalties (CMPs), assessments, and exclusion from federal healthcare programs for healthcare providers’ violations of those programs’ requirements. The Affordable Care Act of 2010 and the Medicare Prescription Drug, Improvement, and Modernization Act significantly expanded this authority. On May 12, 2014, the Office of Inspector General (OIG) of the U.S. Department of Health and Human Services issued a proposed rule that would change the CMP rules to implement the increased authority of the OIG and to clarify technical aspects of the regulations.

Healthcare providers should be aware of these five changes proposed by the OIG: 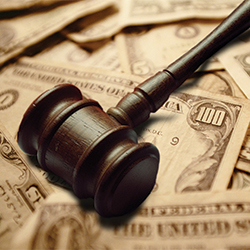 Overpayments. Overpayments from federal programs would have to be reported within 60 days of identification. The proposed rule would establish a penalty of up to $10,000 per claim for each day an entity fails to report and return an overpayment past the 60-day deadline. Prior penalties were assessed on a per-claim basis.

EMTALA liability. The proposed rule would clarify CMP regulations under the Emergency Medical Treatment and Active Labor Act (EMTALA), including the circumstances when an on-call physician has EMTALA liability.

Factors in determining exclusion periods and penalty amounts. To reduce confusion, the proposed rule would create a list of factors to be considered in determining exclusion periods and penalty amounts. The OIG would view the level of intent to commit a violation as a potential aggravating factor but not necessarily a mitigating one, meaning ignorance of the law or lack of intention is not a defense against liability. Further, the proposed rule would place additional emphasis on taking “appropriate and timely corrective action in response to the violation” as a mitigating factor. Corrective action is defined as self-disclosure to the OIG through the Self-Disclosure Protocol and full cooperation with the OIG’s review.

Serious misconduct. For purposes of assessing a claim-based violation, the OIG would define “serious misconduct” as any conduct that results in a loss greater than $15,000 to federal healthcare programs; the existing CMP rules do not specify a dollar amount.

The nature of the proposed rule indicates that CMP enforcement and collections likely will intensify. The comment period closed July 11, 2014, and providers should monitor closely the progress of these changes and assess the potential impact on providers’ operations. Specifically, providers should evaluate their existing processes to track and monitor overpayments; a $10,000 penalty per day per claim for failing to return program overpayments would be financially detrimental. Providers also should understand the aggravating and mitigating factors that the OIG considers when assessing a violation, including the OIG’s increased emphasis on self-disclosure.