In accordance with the Health Information Technology for Economic and Clinical Health (HITECH) Act, enacted as part of the American Recovery and Reinvestment Act of 2009, the Centers for Medicare & Medicaid Services (CMS) has directed Medicare administrative contractors (MACs) to audit the data elements used to calculate Medicare electronic health record (EHR) incentive payments for certain acute care hospitals. Eligible hospitals paid under the inpatient prospective payment system and eligible critical access hospitals (CAHs) may be selected for audit by CMS. 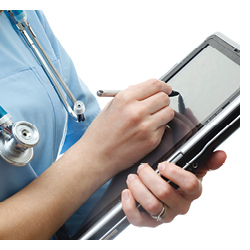 The MAC, or a subcontractor of the MAC, will perform payment data audits for a specific Medicare cost reporting period. These audits are designed to validate total discharges, the number of Part A and Part C inpatient bed days, total charges, total charges attributed to charity care, and depreciable asset costs (CAHs only). The MAC reviews are separate and distinct from meaningful use audits, which assess whether eligible professionals and hospitals can support the meaningful use data submitted during attestation.

Preparing for a HITECH Payment Audit

Based on our experience with these payment data audits, we recommend that hospitals prepare for these reviews in advance as they typically are given only a few weeks to provide the requested data to the MAC or its subcontractor. Although much of the data is fairly straightforward (e.g., discharges, patient days, total charges), charges attributed to charity care is one data element that is constantly changing and typically is more difficult for hospitals to support.

Because the total amount of charity care reported can have a significant impact on the EHR incentive payment, MACs are focusing their audits on this aspect of the payment calculation. Hospitals should be prepared to share the underlying details to support the amount of charity care reported as well as to ensure that the amount reconciles with charity care data on CMS Form 2552-10, “Medicare Cost Report,” Worksheet S-10; IRS Form 990, Schedule H; and audited financial statements.

To ensure the accuracy, consistency, and validity of charity care data, we suggest that hospitals consider the following:

To support charity care data adequately, hospitals may want to consider taking the following steps on an annual basis:

Hospitals can help protect their EHR incentive payments by being prepared to respond to HITECH payment data audits and by having complete and accurate charity care documentation available. They should be prepared to support the amount of charity care reported and to reconcile the charity care figures reflected on various financial statements and federal reports.


A version of this article, which was developed by Crowe and Helena Lefkow, Metropolitan Chicago Healthcare Council, originally appeared in MCHC’s “Reimbursement E-Brief,” November 2014.