You Must Prepare Now for New Partnership Audit Rules 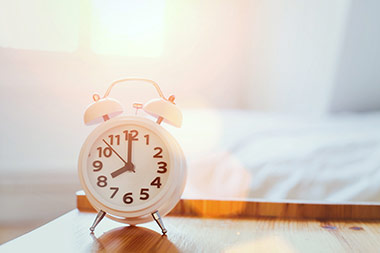 The proposed regulations for the Bipartisan Budget Act of 2015 (BBA) soon will take effect, and partnerships must act now to prepare for them.

The BBA, which repealed the complex Tax Equity and Fiscal Responsibility Act rules for partnership audits, was enacted in November 2015. It establishes a new centralized audit regime that can assess and collect taxes at the partnership level, effective for tax years beginning after Dec. 31, 2017. The BBA represents a significant change in approach from the previous partnership audit procedures that required the IRS to make adjustments and collect any additional taxes, interest, and penalties at the individual partner level.

The Revolving Door for the Regulations

The BBA left open numerous questions, many of which were addressed when the Treasury Department, under Secretary Lew, issued proposed regulations for the new rules in January 2017. Those regulations, however, promptly were withdrawn as part of the Trump administration’s executive order freezing any new regulations. Initially, it was unclear whether the regulations would be reissued, revised, or eliminated altogether.

In June 2017, the Treasury Department reissued the proposed regulations with only very minor changes, leaving the prior version largely intact. With the effective date rapidly approaching, partnerships and partners need to address several specific issues to avoid adverse consequences.

The proposed regulations provide for three audit regimes. Under the default regime, the IRS can assess a partnership-level tax for an underpayment discovered in an audit. The resulting economic burden is carried by the partners in place at the time the audit adjustments become final (who might not be the partners who were in place during the relevant tax year). Partnerships will need to address this potential economic shift.

Alternatively, partnerships can elect to “push out” underpayment adjustments to “reviewed-year” partners. This shifts the tax burden to those who were partners during the year under review. A partnership making this election must furnish a statement to both the IRS and its “reviewed-year” partners reflecting the historic partners’ distributive share of any resulting audit adjustments. This push-out election generally is left to the discretion of a single partnership representative, and partnerships will need to address this broad grant of authority. The regulations do not yet address whether or how a tiered partnership can push out underpayment adjustments. Additionally, if the partnership representative makes a push-out election, each affected partner will have to pay interest at a rate that is 2 percent higher than the normal statutory rate.

Finally, certain partnerships generally having 100 or fewer partners can elect to opt out of the rules entirely. Upon approval of the election, the partnership will be audited according to the rules that apply to individual taxpayers. The IRS has made clear that it will closely scrutinize partnerships that opt out. Partnerships will need to consider the feasibility of such an election and whether it will be advisable to make such an election.

The BBA eliminates the role of the tax matters partner and replaces it with a partnership representative (PR) who has sole authority to act on behalf of the partnership. The PR need not actually be a partner and has broad authority to bind the partnership and all partners, including the ability to extend statutes of limitations, to proceed to litigation, and to make the push-out election discussed earlier. Importantly, the BBA imposes no duty on the PR to communicate with the partners regarding an audit. The PR is appointed every year on a timely filed partnership tax return, and such appointment is valid only for that specific tax year. Notably, if a partnership does not select its PR, the IRS has the power to do so for it.

The new rules have state and local tax implications, too, as they implement a procedural change that states with federal conformity statutes will not necessarily adopt. Most states have established mechanisms that permit partnerships to remit taxes to them on behalf of partners, but modification might be necessary for state taxing authorities to use the existing procedures to adapt to the new BBA rules. Alternatively, states could enact new laws adopting rules similar to those under the BBA. Some states might choose to take no action, creating further administrative headaches for partnerships.

Action Plan for Partnerships and Partners

With the rules taking effect at the end of the year, the clock is ticking for partnership preparations. Now is the time to:

Partnerships and partners no longer can take a wait-and-see attitude toward the new audit rules. They must take the necessary steps to prepare before the end of the year or face the consequences.