What the Final 385 Regulations Mean for Your Institution 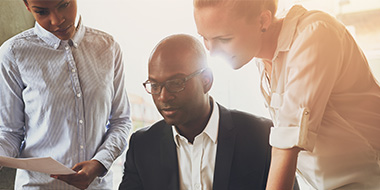 As a general rule, the debt-versus-equity determination focuses on five factors provided in the IRC and 11 factors derived through case law. Those factors are:

Ultimately, the test for debt-versus-equity requires a subjective analysis of these factors to determine if a debt instrument in fact is treated as equity.

The new documentation rules implement two broad sets of rules relative to preparation and maintenance of documentation for intercompany borrowings. The first set of rules addresses the required form of the legal documents establishing the EGI. These documents must 1) include an unconditional promise to pay and 2) provide creditor rights to the lender. The second set of rules requires the holder of the instrument to prepare written documentation demonstrating 1) reasonable expectation of repayment based on credit analysis of the borrower and 2) exercise of creditor rights in the event of a nonpayment or default event.

Under Treasury Regulation Section 1.385-3, a debt instrument is treated as stock to the extent it is issued 1) in a distribution, 2) in exchange for expanded group stock, or 3) in exchange for property in an asset reorganization (the general rule). Additionally, a covered debt instrument is treated as stock if it is issued by a covered member (the funded member) to a member of the issuer’s expanded group with a principal purpose of engaging in certain enumerated prohibited transactions (the funding rule).

1 An EGI is any interest issued on or after Jan. 1, 2018, between expanded group members that is in the legal form of a debt instrument or an intercompany payable and receivable documented as debt in a ledger, trade payable, journal entry, or similar arrangement if no written legal instrument governs the payable and receivable. A covered member is a domestic corporation that is a member of an expanded group. An expanded group is one or more chains of corporations connected through stock ownership with a common parent owning directly or indirectly at least 80 percent of the vote or value of the corporation’s stock.
2 The definition of a regulated financial group excludes companies that are owned by a regulated financial company pursuant to 12 U.S.C. 1843(k)(1)(B), 12 U.S.C. 1843(k)(4)(H), or 12 U.S.C. 1843(o).