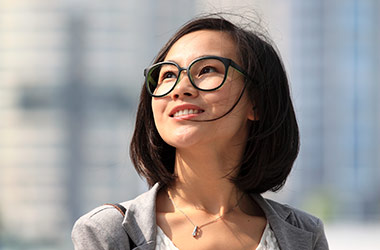 Any person, corporation, partnership, estate, or trust engaged in a trade or business that makes reportable transactions during the calendar year must file information returns to report those transactions to the IRS. Reportable transactions include wage and nonwage payments made in the course of a trade or business. Taxpayers traditionally have put forth a good faith effort to document their payees or vendors by soliciting Forms W-8 and W-9 (which are the required forms to generally release a taxpayer from the 28 percent domestic backup withholding obligations). Although the IRS has not dedicated much time or energy into auditing taxpayers for domestic compliance in this area, recently it has enhanced its scrutiny of such transactions, and more employment tax agents have been assigned to the field.

A Shift in Focus

The IRS has made public its intent to focus on tax information reporting and the associated backup withholding and employment taxes that it believes have not been collected or paid to the U.S. Department of the Treasury (Treasury). One reason for the shift is that such taxes are considered “recession proof” – meaning they can be collected regardless of the financial position of the taxpayer. For example, an IRS revenue agent can make an adjustment to a federal tax return, but if the taxpayer is in a net operating loss position that exceeds the adjustment, no taxes would be collected. On the contrary, any backup withholding or employment taxes that are assessed against a taxpayer are not subject to any such limitations. Any new taxes that are uncovered and were not paid in the past would become immediately due.

Another reason for the IRS’ shift in tactics is that both the IRS and Treasury believe focusing on tax information reporting can help to close the U.S. tax gap. It is estimated that as much as $100 billion per year can be collected from taxpayers for whom backup withholding or employment taxes were not applied appropriately. As noted earlier, this is an area in which taxpayers might have made good faith efforts in the past but suffered little consequence for any failures. The IRS is well aware of this fact and has developed and assigned specialized agents to such cases. As a result, the IRS now is able to more efficiently audit this compliance function and generate potentially large returns.

Fortunately for taxpayers, the IRS has publicized the issues it believes taxpayers frequently err on. The four areas of greatest concern were identified recently by the IRS’ chief of employment tax policy: 1) backup withholding, 2) fringe benefits, 3) independent contractor reclassification (to employees), and 4) tip reporting. In the financial services sector, the primary culprit has and likely will continue to be backup withholding.

Some of the most common reportable payments that apply primarily to financial services companies are dividends, interest, distributions from IRAs, and miscellaneous income. The payer is always liable for the proper amount that should have been withheld, plus penalties and interest, and the penalties for failure to backup withhold or deposit tax can be substantial. For example, failure to backup withhold on a single $100,000 payment to a domestic recipient could result in almost $40,000 in owed taxes and penalties. Ten such infractions could lead to approximately $400,000. For many, the existence of these penalty provisions should be nothing new, as they are fairly standard in the financial services industry and most tax departments are aware of the obligation to backup withhold without the supporting documentation.

Through the employment tax audit process, the IRS has found that taxpayers in the financial arena have not been focused on inspecting the Forms W-8 and W-9 they have on file, reviewing the new forms that are submitted to them, or in some cases reporting the correct amounts on the Forms 1099 that are sent to recipients. The IRS has started to focus closely on the financial services industry from a tax information reporting and employment tax perspective and is refocusing on full employment tax audits to enforce compliance and generate revenue to offset the tax gap.

There is a silver lining to this newfound scrutiny: Taxpayers have the opportunity to proactively address any issues they have. Should an employment tax agent knock at the door ready to review payroll taxes as well as all tax reporting information, it is very possible an audit can be settled with no change provided the taxpayer demonstrates its tax information reporting and payroll systems are working flawlessly. To get to this point, there are several things a taxpayer should do:

These are proactive steps, and accomplishing them will require a strong organizational commitment. By performing these steps, however, an organization will gain a better understanding of where any issues or weaknesses appear in its process.

The current audit environment of tax information reporting is alive and well, and the IRS believes that it will uncover many inadequacies with taxpayer processes. In addition, employment taxes are anticipated to become one of the top priority issues of the IRS over the next six to 12 months. As such, every taxpayer should review its current processes in anticipation of an employment tax audit. For taxpayers selected for an audit, the diligence displayed will go a long way toward easing the employment tax agent’s concerns. If the IRS shows up in your office tomorrow, is your organization ready?