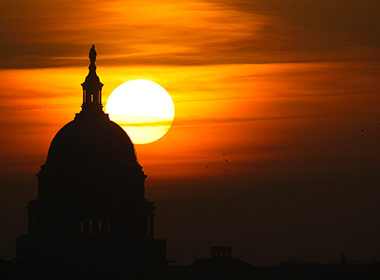 The sweeping federal income tax legislation enacted on Dec. 22, 2017, is likely to affect the taxes and bottom-line results of most businesses across the country. Although few provisions of the Tax Cuts and Jobs Act (TCJA) specifically target financial services companies, the law addresses a wide range of issues that could well affect such businesses.

The TCJA addresses issues ranging from tax rates and allowable deductions to like-kind exchanges and executive compensation. Financial services companies need to understand the changes and their implications.

The TCJA cuts the corporate tax rate from a top rate of 35 percent to 21 percent, generally effective for 2018. As a result, banks already have adjusted deferred taxes, earnings, and capital on their January 2018 call report. Most banks will make a negative adjustment (additional expense) due to their loan loss reserves creating an overall net deferred tax asset, but they should earn back the charge in the future as a result of the reduced tax rate on future earnings.

Previously, owners and shareholders of businesses that operate as pass-through entities, including S corporations, reported net income on their individual tax returns and paid taxes on it at ordinary income tax rates as high as 39.6 percent. Beginning in 2018, the TCJA reduces the top individual tax rate to 37 percent, while raising the taxable income threshold for the top rate to $500,000 for single filers and $600,000 for joint filers.

Certain service businesses are subject to additional limitations on the deduction.

Prior to the TCJA, corporations were required to compute their income under both the regular tax system and the alternative minimum tax (AMT) system, with their tax liability based on the higher amount. The law permanently repeals the corporate AMT.

The TCJA allows taxpayers to continue to use any remaining carryforwards to partially offset tax liabilities for tax years 2018 through 2021 with the balance generally refundable in 2022. Banks should determine whether they would benefit from reclassifying their AMT credit carryforwards on the balance sheet from a deferred tax asset to a current receivable given that the credit ultimately should be fully refunded. Such a reclassification could potentially be beneficial when calculating regulatory capital due to limits that apply to deferred tax assets but not to current receivables.

Under prior law, taxpayers could carry back net operating losses (NOLs) two years and carry forward 20 years to offset taxable income. Losses incurred in 2017 and prior years will retain their 20-year carryforward and will be able to offset 100 percent of taxable income in 2018 and later years. For calendar-year taxpayers, the TCJA limits the NOL deduction to 80 percent of taxable income for losses arising in 2018 or later years. Taxpayers now can carry forward NOLs from 2018 and later years indefinitely but no longer are allowed to carry back the losses.

The new tax law expands and modifies IRC Section 168(k) bonus depreciation for qualified property and generally allows businesses to deduct 100 percent of the cost of such property – regardless of whether new or used – generally for property placed in service after Sept. 27, 2017. The amount of the deduction will begin to phase out in 2023, dropping 20 percent each year for four years until it expires in 2027, absent congressional action.

In addition, the TCJA expands the immediate expensing of equipment under Section 179. The maximum deduction for qualifying property has doubled to $1 million, with the phaseout threshold increased to $2.5 million from $2 million. The definition of qualified real property also has expanded, now including several improvements to nonresidential real property, such as roofs; heating, ventilation, and air conditioning (HVAC); and alarm systems.

Previously, IRC Section 1031 allowed taxpayers to defer taxes on gains from the sale of business or investment property if they reinvested the proceeds in similar property as part of a qualifying like-kind exchange. The TCJA limits the nonrecognition of gain for like-kind exchanges to real property that is not primarily held for sale. The limitation applies to exchanges made after Dec. 31, 2017.

IRC Section 162(m) limits the deductibility of compensation expenses for publicly traded corporations to $1 million per year, per covered employee. Prior to the TCJA, covered employees include the principal executive officer existing at the end of the tax year and the three most highly compensated officers for the tax year (other than the principal executive officer or principal financial officer). Also, performance-based compensation previously was excluded from the limit.

The TCJA revises the definition of covered employees to include the CEO, the CFO, and the three most highly compensated officers for the tax year who must be reported on the company’s proxy statement for the tax year. Once an employee qualifies as a covered employee in a tax year beginning on or after Jan. 1, 2017, the deduction limitation would apply to that person for as long as the company compensates that person. These changes would not affect any employment contract in effect on Nov. 2, 2017, that is not modified in any material respect on or after such date. The exclusion for performance-based compensation was also eliminated, and such compensation is now included in determining the limitation.

The TCJA represents the most substantial overhaul of the federal income tax regime in more than 30 years. Financial services companies should begin planning immediately to obtain the greatest possible benefit from the changes.