Tax Due Diligence for Acquiring an S-Corp 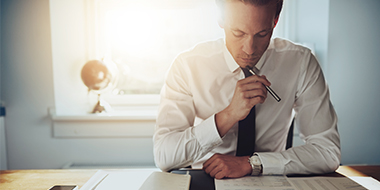 In an acquisition setting, income tax due diligence of target S corporations generally is focused on the validity of a target’s S corporation status. Corporations found not to be valid S corporations face potentially severe adverse tax implications. Private letter rulings from the IRS historically could provide relief in these situations, if the corporation’s S corporation election was invalid or inadvertently terminated. However, the IRS recently informally indicated that it no longer will issue private letter rulings requested by buyers seeking to verify that the entity they are buying is, and has been, an eligible S corporation. While this position is unofficial, later this year the IRS may issue a revenue procedure or notice formally announcing its new position.

A corporation must timely file Form 2553, “Election by a Small Business Corporation,” with the IRS, and all the corporation's shareholders must consent to and sign the election on or before the 15th day of the third month of the election year, or at any time during the preceding tax year.

It is critical to know who is a shareholder for this purpose. For example, if a shareholder resides in a community property state, that shareholder’s spouse may be considered a shareholder and need to consent, even if the spouse does not directly own any shares of the corporation. Corporations in certain states must file a separate state election in addition to the federal S corporation election to be treated as an S corporation.

An S corporation may have a maximum of 100 shareholders. Although this eligibility requirement appears to be fairly objective, S corporations must carefully apply the rules to determine who their shareholders are and whether they should be counted separately or aggregated with other shareholders.

An S corporation is permitted to have only one class of stock outstanding. Under this requirement, while voting rights may diverge, each outstanding share of stock must have identical rights to distribution and liquidation proceeds. All such distributions must be made to shareholders pro rata based on a shareholder’s relative ownership percentage. In making this determination, the corporation’s governing provisions (such as its articles of incorporation and bylaws and any binding agreements relating to distribution or liquidation proceeds) should be reviewed.

Be Thorough, and Be Prepared