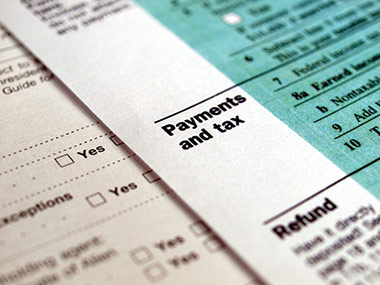 Internal Revenue Code Section 172(b) generally allows a taxpayer to carry back a current year net operating loss (NOL) to each of the preceding two years and carry forward any excess to the 20 years following the loss year. However, the Worker, Homeownership, and Business Assistance Act of 2009 (WHBAA) amended Section 172 to allow taxpayers to elect to carry back an NOL generated in either 2008 or 2009, but not both, up to five years, rather than the otherwise applicable two-year period.

The Facts in the FAA

In Field Attorney Advice (FAA) 20144601F, the taxpayer is the parent of an affiliated group of corporations that files a consolidated U.S. federal tax return. Through a stock purchase transaction, the taxpayer acquired an entity that previously had received TARP money from the government. Immediately after the acquisition, the acquired entity merged into the taxpayer’s parent through a tax-free statutory merger.

The Conclusion in the FAA

The IRS concluded in the FAA that the taxpayer wasn’t eligible for the extended five-year NOL carryback because it was a successor to a taxpayer that received TARP assistance. Based on the structure of the acquisition and subsequent statutory merger into the parent, the IRS considered carryover tax attributes under Section 381. Under Section 381, the successor to the acquired entity inherits the tax attributes of that entity. Therefore, the IRS asserted that the acquired entity’s TARP recipient status is an attribute inherited by the successor in the acquisition – meaning the taxpayer was not eligible for the extended five-year NOL carryback.

The FAA assertion was subsequently the subject of a Chief Counsel Advice (CCA) memorandum in response to a request to supplement the rationale provided in the FAA.

The CCA acknowledged that TARP status isn’t included in Section 381’s list of tax attributes. It noted, however, that the legislative history provides that analogous tax items not listed in Section 381 can nevertheless be treated as if they were. The CCA concluded that TARP status is analogous to some of the listed attributes and therefore could also be treated as one of the attributes. It further stated that an acquired entity shouldn’t be able to remove its status as a TARP recipient by merging into another corporation.

Organizations that acquired a TARP recipient in a carryover basis transaction and carried back NOLs using the extended five-year carryback election should consult their tax adviser to discuss any potential tax effect.