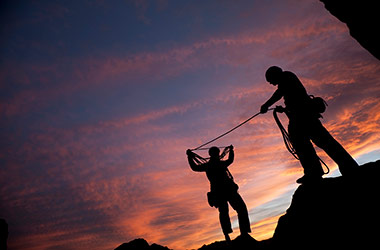 On May 18, 2016, the U.S. Department of Labor (DOL) finalized new regulations that will affect the way employees are classified as exempt or nonexempt. The regulations were scheduled to become effective Dec. 1, 2016.  However, a preliminary injunction was issued on Nov. 22, 2016, by a federal judge in Texas.  This injunction delays the effective date indefinitely.  If and when the regulations become effective, one result will be the reclassification of certain currently exempt employees as nonexempt, thus making them eligible for overtime premiums. The regulations are the result of President Barack Obama’s direction in 2014 to Secretary of Labor Thomas Perez to revise federal Fair Labor Standards Act (FLSA) regulations to narrow the availability of exempt status, which would require that millions more employees be paid hourly and receive at least 1.5 times their regular rate of pay after 40 hours of work per workweek.

The regulations were proposed in June 2015. The DOL received thousands of comments, but only minor changes were made from the proposed to the final regulations.

When the FLSA was passed in 1938, a salary-level test was established whereby workers who earn more than a threshold amount and who meet the criteria for white-collar exemptions could be classified as exempt from overtime. The initial salary threshold of $30 per week was raised periodically, and by 2004 the salary threshold had risen to its current level of at least $455 per week (at least $23,660 annually).

The regulations contain a significant increase to the salary threshold. Positions at greatest risk for losing exempt status appear to be first-line supervisors or managers and entry-level professionals who earn less than the revised salary-test threshold.

Under the final regulations, workers who earn as much as $913 per week – $47,476 a year – would have to be paid overtime even if they’re classified as a manager or professional. The previous threshold of $455 per week – $23,660 a year – is below the poverty threshold for a family of four, and only 8 percent of full-time salaried workers fell below the $23,660 threshold when the regulations were first proposed.1 Increases in the threshold are expected every three years. The first change could come in 2020, when some projections indicate the annual income threshold could increase to $51,000.

The salary test is an objective measure and a minimum threshold whereby employees earning below the salary-test threshold will not be considered exempt employees regardless of the duties they perform. When determining the current exempt employees who could be reclassified as nonexempt, an employer might first want to assess how many employees earn less than the $47,476 per year threshold and are considered exempt. Employers also are allowed to use nondiscretionary bonuses, quarterly incentive payments, and commissions to satisfy up to 10 percent of the new salary threshold requirement.

Before the proposed regulations were issued, many people predicted that substantive changes to the duties test would apply when determining whether an employee is exempt or nonexempt. No such changes are included in the final regulations. The final regulations increase the highly compensated test to determine exempt status, whereby an employee earning $134,004 or more per year may be considered exempt without regard to the type of duties the employee performs.

The U.S. Supreme Court decision in Perez v. Mortgage Bankers Association provides insight into the application of the overtime exemption rules, particularly for many financial institutions. In a unanimous decision, the court announced on March 9, 2015, that the DOL has final say on whether mortgage loan officers are entitled to overtime pay under the FLSA administrative-exemption requirements. This decision ended a nearly five-year process in which the banking industry, through the American Bankers Association (ABA), sought to show that the activities typically performed by mortgage loan officers should qualify them to be classified as exempt from overtime premiums. As a result of the decision, many mortgage loan officers are likely to be reclassified as nonexempt pending the criteria outlined in the final regulations.

Other concerns expressed by the ABA following the original 2010 judgment in favor of the DOL include:

If the regulations become effective, employers will be expected to comply by a new effective date to be specified. The DOL projects that its revisions to the FLSA will affect 4.6 million white-collar workers who currently are exempt from overtime and minimum wage protections. The imminent changes make planning critical.

Given that the countdown leading to the effective date has begun and that most employers have a number of midlevel employees currently classified as exempt from overtime premiums, employers should consider the regulations and the specific application to their organization. Significant considerations include:

Although there are no easy answers to these questions, employers should examine the issue in light of the final regulations and upcoming deadline.

While the injunction puts the effective date of the regulations in doubt, employers have several planning options.  One option is to continue to plan for complying with and communicating the new regulations in anticipation of a later effective date. Employers also may  choose to voluntarily reclassify some currently exempt employees as nonexempt, particularly for employees whose duties are unlikely to meet the criteria of an exempt employee. Doing so will minimize the impact of the final regulations if and when they become effective. Employers also can take a wait-and-see approach and restart their planning and communications efforts if a new effective date is announced.