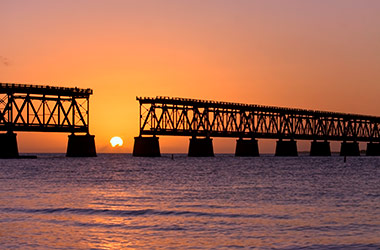 Termination fees are a common element in today’s merger agreements, including deals involving financial services companies. The IRS recently issued some guidance on the deductibility of such fees paid by the would-be acquirer to the target.

In September 2016, the IRS Office of Chief Counsel published Legal Advice Issued by Field Attorneys (LAFA) 20163701F that addresses the tax treatment of breakup fees paid in connection with a failed acquisition. While binding only on the parties involved in the specific case under consideration, the LAFA provides valuable insight on the IRS' position on the issue.

The Case at Hand

According to the LAFA, the buyer and target entered into a merger agreement that would have resulted in the acquisition of the target’s stock. Before the transaction was completed, though, the U.S. Department of the Treasury issued a notice that adversely affected the expected tax benefits of the proposed merger. As a result, the buyer withdrew its offer for the target. Under the terms of the agreement, the target was eligible to receive a breakup fee, which the buyer subsequently paid. The issue then became whether payment of the breakup fee gave rise to a capital loss (which could be deducted only to the extent of capital gains) or an ordinary deduction (which could be deducted in full immediately).

The IRS considered the proper characterization of the breakup fee under the rules of IRC Section 1234A, which addresses gains and losses from certain contract terminations. Under that section, gains or losses are capital if they are attributable to a cancellation, lapse, expiration, or other termination of a right or obligation (other than a securities future contract) related to property if the property is (or would be, if acquired) a capital asset of the taxpayer.

The IRS concluded that because the fee was paid in connection with the acquisition of stock – which would have been a capital asset to the buyer – the fees were capital in nature. Specifically, it found that the breakup fee operated as the target’s only remedy against the acquirer and was in the nature of liquidated damages rather than compensation for services. The fee related to a contractual right and obligation concerning a capital asset (that is, the right and obligation to acquire stock). Consistent with the purpose of Section 1234A, therefore, any gain or loss realized by the acquirer on the termination of the contract was capital in nature.

If the transaction is an asset rather than a stock acquisition, however, would that change the characterization of the fees paid? Similar to the LAFA, the ruling in a recent U.S. Tax Court case, CRI Leslie LLC et al v. Commissioner, suggests that it depends on the character of the assets that would have been acquired.

However, the rules for income from the termination of a contract to purchase property (IRC Section 1234A) differ from the general rules for the sale of the property itself (IRC Section 1231). As noted above, Section 1234A provides for capital gain or loss treatment only if the underlying property is a capital asset. Based on an analysis of Section 1231, the court concluded that Section 1231 property is not a capital asset, despite the fact that the gain on sale of such property is treated as capital gain. As a result, the taxpayer had ordinary income resulting from the forfeited deposit. Based on the court’s holding in CRI Leslie, it is reasonable to infer that any breakup fee attributable to ordinary or Section 1231 assets of a target would result in an ordinary deduction.