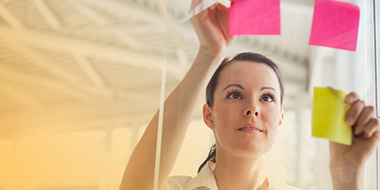 Today’s financial services companies routinely engage in multistate activity, secure that they have a handle on their tax profile. They might be mistaken.

The “triple whammy” of single-factor apportionment, a shift to market-based receipts sourcing, and the adoption of an economic nexus standard by many states can result in costly tax surprises.

Apportionment refers to the allocation of a company’s tax base – generally, its net income or net worth – between or among states for tax purposes. Historically, a bank’s tax base was allocated based on three factors: deposits, payroll, and receipts within a state. A state would take an average of the three factors and apply it to a bank’s tax base to determine the portion of the base to which that state’s tax rate was applied.

The determination of the state to which a bank’s loan interest income should be sourced is not always straightforward. For many years, such receipts generally were sourced to the location of loan origination. New York, for example, historically applied a five-criterion test based on where the majority of a loan’s solicitation, investigation, negotiation, approval, and administration (SINAA) activities occurred. If a New York-based bank made loans secured by real estate located in a state where the bank had no branches, SINAA weighed in favor of sourcing receipts from such loans to New York State.

But states increasingly are adopting market-based (or customer-based) sourcing, in part to eliminate disincentives to maintaining headquarters in their states. New York adopted market-based sourcing for tax years beginning on or after Jan. 1, 2015. This approach considers the geographic market where the customer is located. For a bank, these states usually would consider the location of underlying real estate collateral as the state where receipts are sourced. For example, the pre-2014 Pennsylvania bank shares tax statute stated that receipts from loans were located at the place of origination. Interest on a loan by an Ohio bank secured by Pennsylvania real estate, therefore, was sourced to Ohio. Under the latest version of the Pennsylvania statute, though, such receipts are sourced to the location of the loan’s collateral.

Under market-based sourcing rules, interest from loans not secured by real property typically is sourced to the location of the borrower’s commercial domicile, even for loans secured by tangible personal property. Commercial domicile is the headquarters of a borrower’s trade or business – where the business is principally managed (Apple Inc., for example, is commercially domiciled in Cupertino, Calif.).

There are a number of variants of the market-based sourcing rules. In New Jersey, for example, intangible income generally is sourced to the commercial domicile of the taxpayer, unless the intangible income is integrated with business in New Jersey. Interest from loans made to New Jersey residents is considered to be income integrated with business in New Jersey. And Texas has unique rules for all intangible income, sourcing such income to the location of the payor’s legal domicile (although commercially domiciled in Detroit, Mich., the legal domicile of General Motors Company is Delaware). Thus interest income received from a company incorporated in any state but Texas is included in the denominator of the apportionment factor and excluded from the numerator.

In contrast to loans secured by tangible personal property, income from leases typically is sourced to the location of the leased property, not the commercial or legal domicile of the lessee. Muddying the waters, many states treat finance leases as loans for apportionment purposes.

The final whammy lies in the expansion of economic nexus, which states can employ to impose tax liability even on banks with no physical presence within their borders. Merely having customers in a state can establish economic nexus.

Financial Service companies should be aware that a physical presence nexus standard can evaporate quickly due to a judicial ruling or even administrative fiat. In Oregon, for example, the Department of Revenue long had stated that physical presence was required to establish nexus for taxation, but it recently changed that position in the state tax court – and the court agreed this past December (Capital One Auto Finance Inc. v. Department of Revenue).1 As a result, banks that have relied on the physical presence standard could find themselves with far greater tax liability in Oregon than anticipated.

The combination of single-factor apportionment, market-based sourcing, and economic nexus can significantly change a bank’s state tax profile. Financial services companies that believe their state tax liability is limited to states where they traditionally have conducted business could be in for a larger tax bill than expected and may have tax exposure in states where they currently aren’t filing.

With more than 50 years of industry experience, the banking tax specialists at Crowe focus exclusively on tax issues faced by banks and other financial institutions. Click here to learn about our Banking Tax Services.