But the agency nonetheless continues to challenge arrangements it deems to be nothing more than abusive tax shelters. It is more important than ever, therefore, that organizations comply with best practices that reflect IRS expectations for valid captive insurance companies. Those that do not comply could face significant negative tax ramifications.


Captive insurance in a nutshell

A captive insurance company is a legally licensed, limited-purpose property and casualty insurance company whose main business purpose is to insure the risks of its owners or companies affiliated with the owners through ownership, management, or control. Federal tax law allows a business to create a captive insurance company subsidiary to insure operating risks that are not covered by the traditional commercial insurance market (for example, cyberrisks, employment practices liability, and reputational damage) or where the available commercial coverage is too expensive. The parent company claims a tax deduction for the full amount of premiums paid to the captive subsidiary for the insurance.

Small captive insurance companies also must satisfy one of two diversification requirements set forth in the Protecting Americans From Tax Hikes Act of 2015 (PATH Act). This hurdle should not prove difficult for most financial services organizations’ captive insurance arrangements.

Captives under the microscope

The IRS shows no signs of relaxing its stance on potentially abusive captive insurance arrangements. For example, certain micro captive structures that lack many of the attributes of genuine insurance arrangements have been identified as abusive tax shelters on the IRS’ annual “Dirty Dozen” list of tax scams since 2015.

Moreover, IRS Notice 2016-66 classifies certain micro captive insurance structures as “transactions of interest” that require taxpayer disclosure. The disclosure must identify and describe the transaction in sufficient detail for the IRS to understand the transaction’s tax structure and the identity of all parties involved in it.

The IRS also is conducting issues-based examinations to determine whether captives are operated for permissible business purposes rather than to avoid or evade tax. Several IRS examinations of captive insurance arrangements have landed in court in recent years, with more than 500 docketed court cases to date. (Read an in-depth examination of one such case, Avrahami v. Commissioner.) Like its predecessors Avrahami and Reserve Mechanical Corp. v. Commissioner, the most recent case (Syzygy Insurance Co., Inc. v. Commissioner) illustrates well the factors the IRS will weigh when determining a captive insurance arrangement’s legitimacy.

Together, case law, Notice 2016-66, and earlier revenue rulings provide valuable guidance to financial services organizations that wish to obtain the benefits of captive insurance. The revenue rulings, for example, demonstrate that the IRS looks for, among other things, commonly accepted notions of insurance, including:
The three recent cases and IRS Notice 2016-66 suggest the IRS also will consider other indicia that the captive operates as a legitimate insurance company:

Structured properly and run as a true insurance company after formation, a captive insurance company can prove to be an effective risk management tool for financial services organizations. Arrangements that do not follow best practices, though, risk costing the parties the tax benefits and might lead to tax uncertainty, steep legal bills, and the loss of time and other resources. 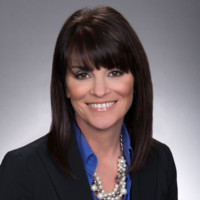