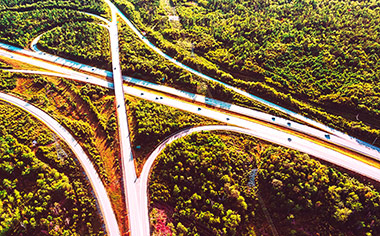 As merger and acquisition (M&A) activity continues to play a prominent role in the banking industry, questions arise over the proper treatment of transaction-related costs, including those incurred to satisfy regulatory conditions.

Financial institutions must obtain regulatory approval before they can execute a merger or acquisition, but a regulatory agency’s approval might come subject to certain conditions. In such circumstances, the taxpayer could be uncertain about the proper treatment of the costs of the activities required to satisfy those conditions – specifically, whether the costs must be capitalized as amounts paid to facilitate the transaction.

In 2003, the Treasury Department issued final regulations under Section 1.263(a)-5 that provide general guidance for determining which costs are treated as facilitating a transaction. Facilitative costs must be capitalized, while nonfacilitative costs might be currently deductible under Internal Revenue Code Section (IRC) 162 as an ordinary and necessary business expense or, in the case of a taxpayer entering a new trade or business, amortizable over 15 years under IRC Section 195.

Treasury Regulation Section 1.263(a)-5(a) generally provides that a taxpayer must capitalize an amount paid to facilitate certain business transactions, including equity or asset acquisitions of a trade or business, restructurings, recapitalizations, reorganizations, stock issuances, and borrowing transactions. Section 1.263(a)-5(b)(1) further provides that an amount is treated as facilitative if it is paid in the process of investigating or otherwise pursuing such a transaction. All facts and circumstances are considered in making this determination, including the fact that a payment would not have been paid but for the transaction. This “but-for” test is relevant but not determinative.

Regulation 1.263(a)-5(e)(2)(iv) provides that, regardless of when incurred, amounts are “inherently facilitative” if they relate to obtaining regulatory approval of the transaction, including preparing and reviewing regulatory filings.

IRS Chief Counsel Advice (CCA) 201713010 addresses whether the costs of activities undertaken to satisfy the conditions of a regulatory agency’s approval must be capitalized under Treasury Regulation Section 1.263(a)-5. In the CCA, a company had negotiated a merger with a party that had interests in several companies, including a regulated entity. As such, the merger required approval from a regulatory board.

The regulatory approval process required numerous submissions and hearings over a six-month period. Eventually, the agency approved the merger, subject to several conditions, including a contribution to a customer investment fund, payments to a state for the development of an undisclosed project, and contributions to charitable organizations. The taxpayer deducted its costs to comply with the conditions as business expenses.

The IRS examining agent argued that the costs incurred to satisfy the conditions imposed by the regulators should be capitalized by the taxpayer under Section 1.263(a)-5 because the costs would not have been incurred but for the merger and that the costs were inherently facilitative. Section 1.263(a)-(5)(b)(1) states, “in determining whether an amount is paid to facilitate a transaction, the fact the amount would (or would not) have been paid but for the transaction is relevant, but is not determinative.”

Clearly, not all costs incurred because of a merger are facilitative. For example, costs to downsize a workforce after a corporate merger (including severance payments) or costs to integrate the operations of merged businesses are not facilitative and need not be capitalized.

In the case at issue, the IRS Chief Counsel found it did not have sufficient information to determine whether the holding company incurred the costs solely on account of the merger. It noted, though, that most of the costs were in the nature of annual operating costs that regulated entities would incur as part of their normal business operations regardless of whether they were involved in an M&A transaction. Moreover, the memo explicitly stated that the costs of activities taken to satisfy a regulatory agency’s conditions are not per se facilitative costs that must be capitalized.

The examining agent also asserted an alternative argument based on Section 1.263(a)-5(e)(2)(iv), which lists “obtaining regulatory approval” as an amount paid that is “inherently facilitative.” Under the provision, obtaining regulatory approval includes “preparing and reviewing” regulatory filings. The IRS Chief Counsel found that the examining agent's interpretation of the phrase “regulatory approval” should not be read so broadly that it includes any and all costs to address conditions imposed by regulators and noted that most of the costs incurred in satisfying the regulatory board's conditions were in the nature of annual operating costs that the company would incur as part of normal business operations.

The Implications for Banks

The IRS Chief Counsel concluded that certain costs incurred to satisfy regulatory approval conditions for M&A transactions might be deductible if they are costs typically incurred as part of their ordinary course of business, such as a commitment to contribute a certain amount to a charitable organization. Financial institutions should welcome the news that some of the costs of obtaining regulatory approval might be deductible, instead of subject to capitalization as facilitative costs.