Understanding current trends in compensation, benefits, and incentive practices is important to effectively managing human resources. This is particularly true for financial institutions, which have weathered a series of tumultuous years and now are adapting to an increasingly complex and demanding regulatory environment.

Every year, Crowe surveys financial institutions throughout the United States to gain insight into current compensation trends. The survey responses can help banks and other institutions gain a better understanding of how their peer organizations are adapting to the changing employment environment. It also offers the opportunity to identify upcoming factors that will affect future employment practices, and suggest compensation practices and strategies that can encourage and reward employee performance. 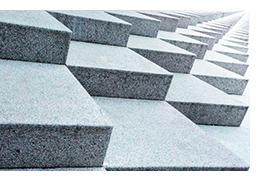 The 2015 Crowe Financial Institutions Compensation Survey drew responses from 296 financial institutions in 30 states. The respondents represented a broad cross-section of the banking industry – 45 of the participating institutions reported total assets of $1 billion or more, while the remainder were smaller institutions below the $1 billion threshold.

The responses revealed some important differences among organizations of various sizes, particularly when year-to-year or longer-term trends are considered. For example, generally speaking, the smaller banks (those with less than $1 billion in assets), showed signs of being more aggressive in their compensation strategies.

The survey also showed a general decline in employee turnover among banks of all sizes and a gradual but continuing increase in the use of performance-based incentives as part of the overall compensation package. There also was a very sharp increase in the relative costs of employee benefits over the past year.

These trends, along with the widely anticipated effects of several important new regulatory and reporting requirements, suggest that banks will face a challenging few years as they work to balance strategic and competitive issues with significant new compliance concerns. 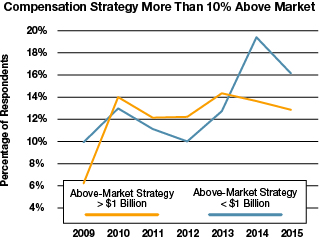 Although the percentage of smaller institutions that employ above-market compensation strategies declined slightly from the previous year, smaller institutions continue to outpace larger ones by a sizable margin. This continues a trend from 2014, and reverses the relative positions seen from 2010-2013. 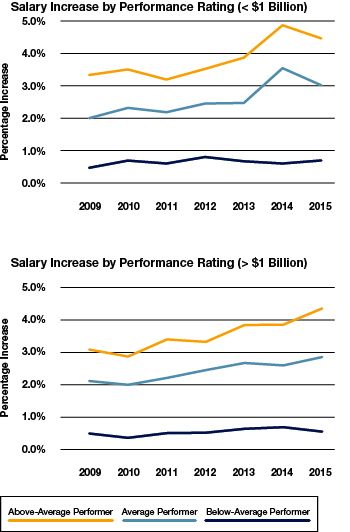 A more significant trend is the widening gap in the annual increases when comparing above average, average, and below average performers. In larger banks, for example, there was a 2.6 percentage point difference in the pay raises awarded to above-average and below-average performers in 2009. By 2015 that gap had increased to a 3.8 percentage point difference, which would suggest that banks are becoming more inclined to use pay raises to reward strong performance. 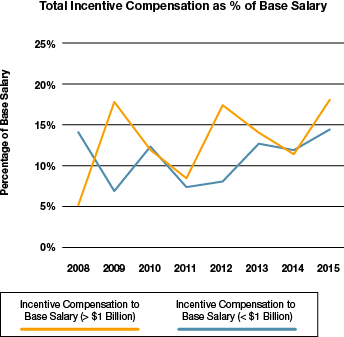 Taken together, the widening gap in annual pay raises, coupled with the increase in incentive compensation relative to base salary, would seem to suggest banks are trying to do a better job of linking pay to performance.

According to the survey results, banks of all sizes have experienced drops in employee turnover over the past three years. This trend is comparable in both larger and smaller banks, and for both officer and nonofficer positions (Exhibit 4). 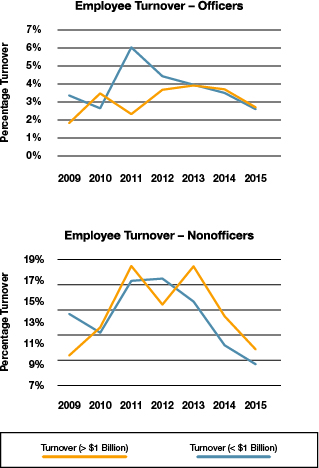 The decreases in employee turnover suggest a stabilizing industry, with the turmoil of the recovery period now receding, and employees and officers alike settling in for a period of less volatility.

Unfortunately, another common trend shared by most financial institutions is not as promising. That trend is a significant jump in the cost of employee benefits over the past year. In 2015, the average total costs for employee benefits was equivalent to 26.8 percent of the employee’s base salary – jumping eight percentage points in a single year to the highest levels ever reported over the past decade (Exhibit 5). 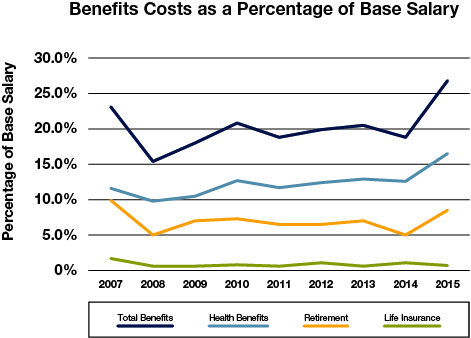 The surge in benefits costs is the result of sharp increases in the costs of both health and retirement benefits. Unfortunately, these spikes are not likely to be one-time events, but rather are likely to continue for some time. Insurers indicate they foresee continuing price increases and instability stemming from the unforeseen effects of healthcare reform. Meanwhile, the wave of baby boom retirements has only begun. The rising costs stemming from these concurrent trends are likely to pose challenges to all businesses, including financial institutions, for a number of years.

The continuing rise in benefits costs is just one of the challenges banks will face in the near future. A variety of imminent regulatory changes also will complicate the challenge by directly affecting the way banks compensate many of their employees.

For example, the Dodd-Frank Wall Street Reform and Consumer Protection Act (Dodd-Frank) already has had an impact on executive compensation due to new requirements related to mandatory clawbacks of unearned compensation, transparency of incentive compensation agreements, and shareholder “say-on-pay” advisory votes. For publicly traded financial institutions, two new major disclosure requirements are now on the horizon:

These pending and potential changes will complicate financial institutions’ compensation strategies over the next few years. The effects of the new overtime threshold, for example, almost certainly will be seen in the 2016 Crowe Financial Institutions Compensation Survey.

When these events are considered in light of the other trends revealed by this year’s survey – such as increased use of performance-based incentives and continuing increases in benefits costs – it is clear that banks will face significant challenges as they work to refine their methods for compensating and motivating employees. In pursuit of that effort, the ability to compare the policies and practices of peer institutions through the use of objective surveys will continue to be an important capability in the years to come.