To prevent concentrations of risk from building up in banks’ portfolios, federal regulatory authorities expect banks to conduct annual stress tests, particularly among their commercial real estate (CRE) loans. Because the interagency guidance governing CRE concentrations does not prescribe how banks should test their portfolios, many banks struggle to develop appropriate stress tests. Reviewing different stress-test approaches can help banks better understand the alternatives that are available to meet their unique requirements. 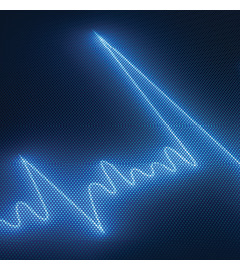 In addition, bank examiners are broaching the subject of stress tests with many community banks that have not yet crossed the $10 billion threshold. These regulators are encouraging community banks to put into place systems and procedures to monitor their loan portfolios – especially those involving CRE – much more closely than ever before.

In short, regulators want all banks to identify and quantify risk in their loan portfolios by using stress tests to establish effective and strategic capital planning processes that have the support of senior management, are reported to the board of directors, and are forward-looking. This begins by understanding the interagency guidance.

An Overview of the Interagency Guidance

The interagency guidance, "Concentrations in Commercial Real Estate Lending, Sound Risk Management Practices (SR7-1)," was issued in 2006. CRE updates were released in 2012, along with community bank stress-testing guidance in 2013.

The interagency guidance focuses on the risks of having high levels of concentration in CRE lending at banking institutions and addresses two supervisory criteria:

The guidance is intended to address concerns that banks entering the CRE market and rapidly increasing their CRE concentration levels might not have the institutional knowledge, well-developed and documented risk management practices, or capital necessary to address the increase in CRE risk exposures. All banking organizations, regardless of size, should have the capacity to analyze the potential impact of adverse outcomes on their financial condition.

Banks can use either sensitivity tests or scenario tests to assess potential concentrations in CRE lending. Sensitivity tests are the simpler of the two and reflect the effect that a change in one or more economic variables – such as a rise in interest rates or unemployment – might have on a loan portfolio. Scenario tests are much more complex and reflect the impact of significant economic events, such as the subprime mortgage crisis of 2007-09.

Choosing whether to assess its CRE loan portfolio by conducting sensitivity tests or scenario tests depends upon a variety of factors, including the bank’s organizational structure, business strategy, risk profile, and capital planning processes.

A number of software applications can help banks analyze their portfolios by various factors, such as geography, industry, and collateral type. These analyses also can help determine which type of stress test a community bank may decide to conduct.

Community banks should validate and measure their stress-test results against their risk tolerance thresholds, as well as their capital. If the stress-test outcomes reflect a level of risk in excess of a bank’s risk appetite or institutional tolerance for the capital levels, the bank should have a plan to mitigate those risks. The plan may include appropriate adjustments to the strategic, business, and capital plans; changes to the risk appetite or risk tolerance threshold; and limits in loan growth by adjusting underwriting standards.

Depending on the unique requirements of their business models and available data, community banks may conduct either “top-down” or “bottom-up” stress tests.

Top-down stress tests employ external data to help banks identify vulnerabilities, assess and focus on major risks in their loan portfolios, and make more informed business decisions. Banks can use either external data that they believe is appropriate, such as local unemployment rates, or data from one or more of the three supervisory scenarios that the Fed published in 2015. These are the same supervisory scenarios that the Fed uses with large bank holding companies and that midsize bank holding companies or state member banks use when conducting their annual company-run stress tests:

In contrast to the top-down approach, bottom-up tests stress certain variables in loan-level data, such as probabilities of default (PD), loss given default (LGD), exposure at default (EAD), and other factors.

One effective top-down method is the two-step error-correction model. The first level of this method captures the broad, long-term relationship between the predictors and the CRE loss rate, and the second level captures short-term deviations from the long-term trend.

Predictors may be economic measures, interest rate measures, or indices, such as the unemployment rate, the 10-year corporate bond spread, and the Dow Jones industrial average. The CRE loss rate is the CRE net charge-off (NCO) divided by CRE balance.

Often, the model that provides the most accurate fit with the fewest predictors is optimal, as it limits the possibility of an overly sensitive model and thus one that produces weak forecasts.

According to an online poll that Crowe recently conducted, 80 percent of the banking officials surveyed said they currently run stress tests on at least one portfolio or product, but only 37 percent conduct enterprisewide stress tests (see Exhibit 1). Clearly, there is room for improvement.

Community banks can prepare for stress testing or improve their efforts by establishing risk and governance plans for CRE lending, similar to the plans they already use for asset and liability management. Additionally, banks should establish stronger capital plans that their boards approve and CRE risk management plans that all lending officers understand.

Perhaps the most important point in stress testing is to organize the data used for the tests. Much CRE data is captured through the loan origination process, but some banks do not capture everything that they should. Updated collateral values or appraisal values, for example, might remain in paper files or in the loan servicing system. Everything needs to be in one automated central location to enhance the effectiveness of the stress tests and to provide the proper variables for the sensitivity or stress tests. 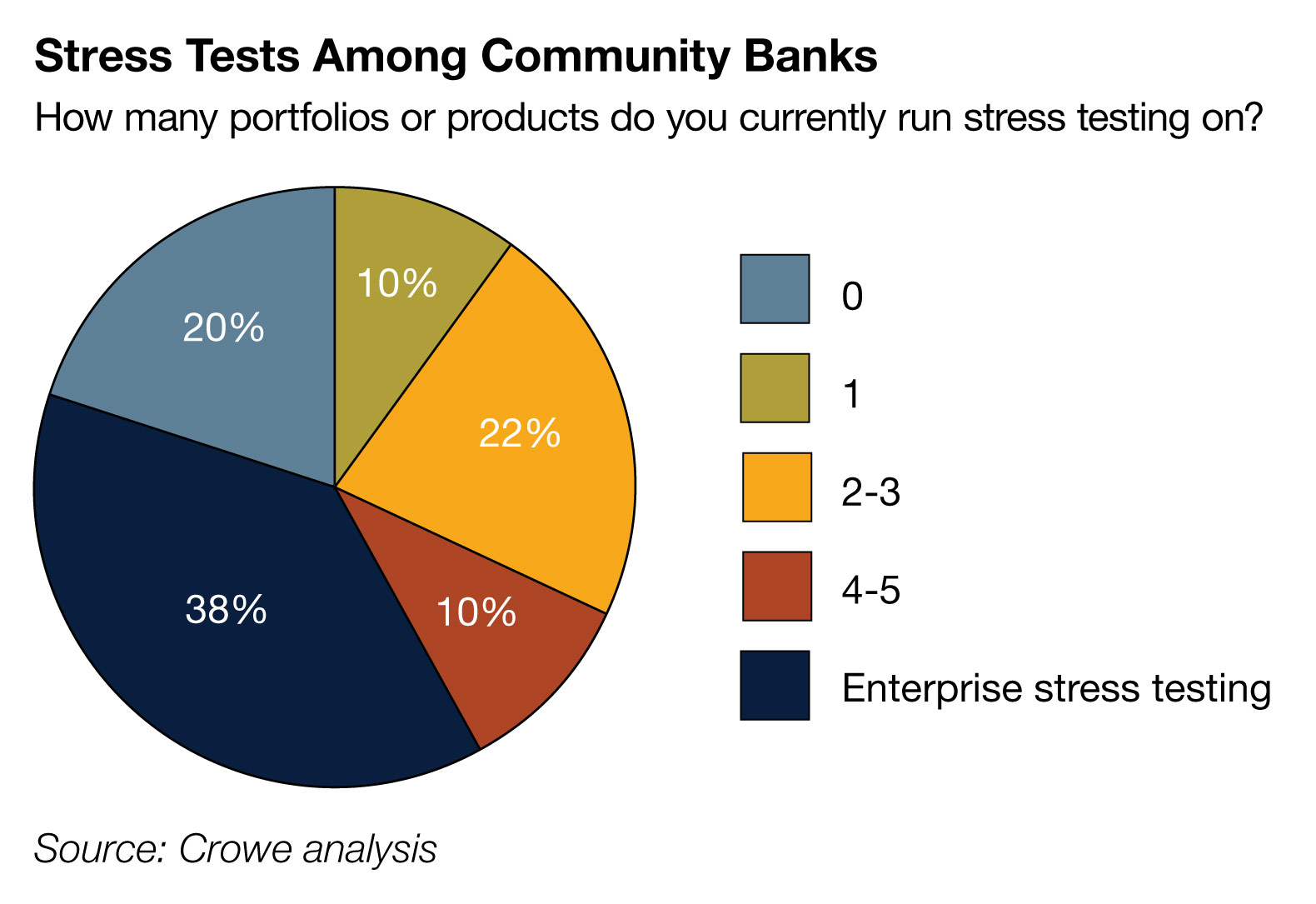 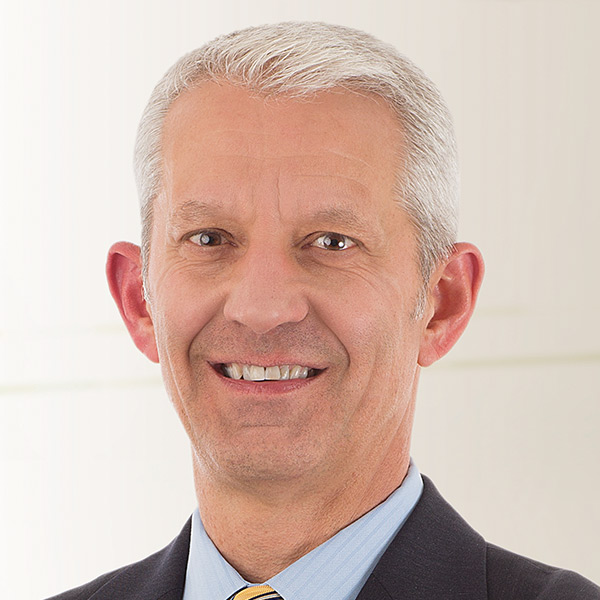