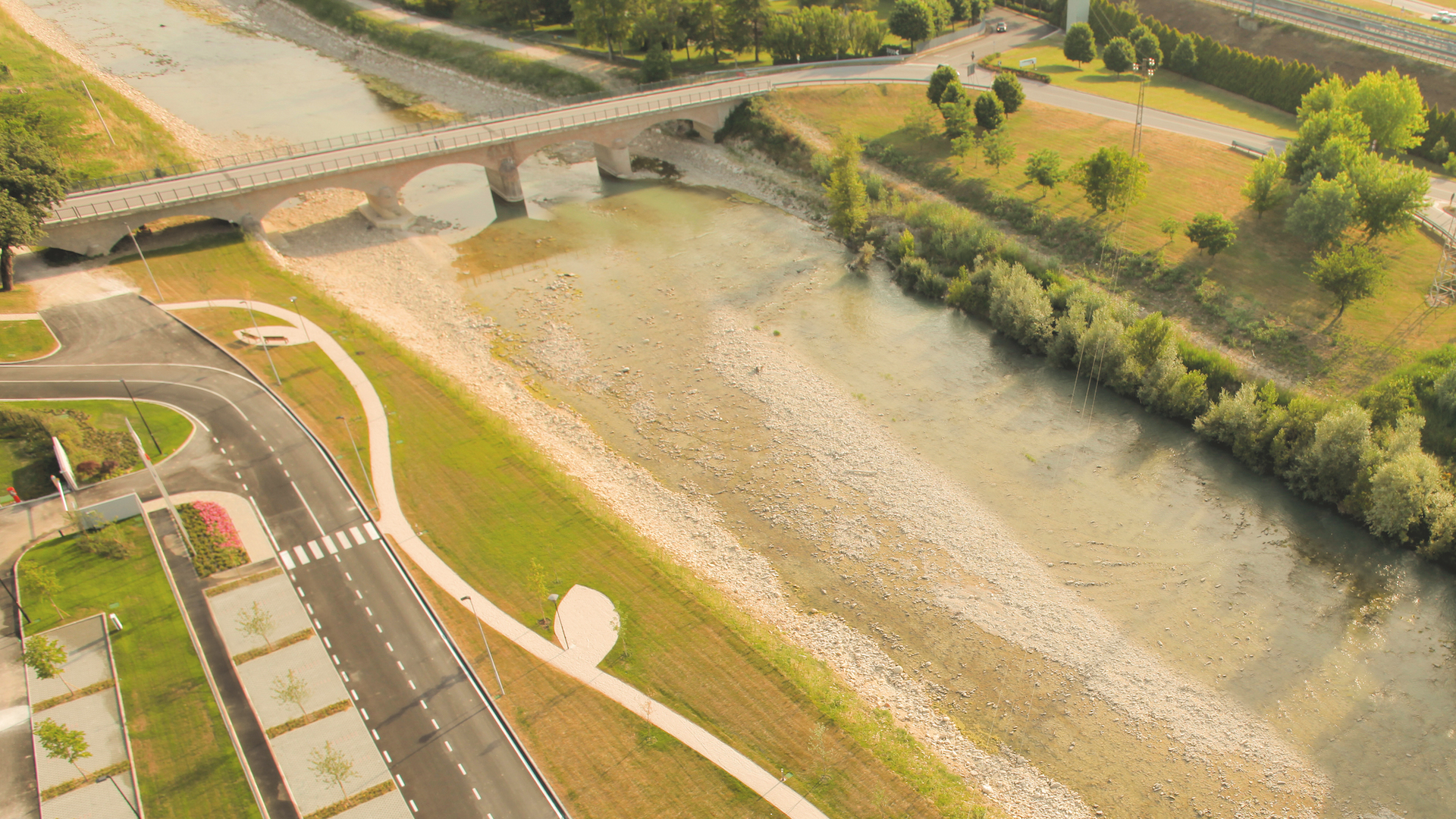 Starting out from humble beginnings in a barn in Ancona, Italy in 1965, Loccioni had become a success story. Through a proud commitment to heritage and a healthy hunger for future growth, the company had established itself as a leading developer of technical quality control systems and other measurement mechanisms to help manufacturers improve quality and efficiency.

The company also had an ideal location – or so it thought. As it continued to grow, expansion became necessary, but space was limited by its proximity to the River Esino. Loccioni’s riverside location was a core feature of its heritage story. But in 1990, floods devastated the company’s laboratories. Something had to be done.

With no authority overseeing river maintenance in the region, Loccioni faced a dilemma. The pending menace of further flooding prompted founders Enrico and Graziella to act.

The company entered into a Public-Private Agreement, investing in the ‘2km di futuro’ river project to secure and enhance the stretch of the Esino bordering Loccioni headquarters.

The decision would remove a threat while also turning the river into a resource.

Loccioni rallied a group of 16 institutions and associations to secure buy-in for the project, each with different backgrounds and specialisms. The goals were to secure the safety of the area, preserve its natural beauty, and harness energy efficiency. The next challenge: where to find the money to support the project.

Loccioni decided to cover all costs, even where those costs were incurred on public soil. Bringing together a team of geologists, environmental engineers and landscape architects, Loccioni managed the project from start-to-finish.

With a focus on sustainability, the team also brought in academic experts, collaborating with universities so that the river area can be monitored to provide valuable research data and preserve both employee safety and the natural habitat.

Enrico does not underestimate the lessons that can be learned from monitoring and measuring. Without metrics, growth is down to guesswork.

“Measurement is the first step to improvement,” he says.

Having seen the destructive power of the river, Loccioni was keen to harness its energy as a force for good. Micro-hydroelectric power plants were constructed, with clean energy supplying electricity to the group’s intelligence grid, increasing efficiency and safety simultaneously.

Loccioni’s legacy is still under construction, with activity to support the Esino Project ongoing. Connections with local schools through Loccioni’s ‘Bluzone’ initiative give students a taste of the world of work, while a generational bridging program, ‘Silverzone’, brings young people together with an experienced team of recently retired senior consultants. Each of these initiatives is aimed at fostering stronger connections between generations and promoting ongoing learning through diversity.

By turning the river into a resource, Loccioni has preserved and protected the local environment while allowing employees to operate without the fear of flooding.

Since launching, the river project has led to 220 new job opportunities, while it has also attracted €13 million of investment and 36,000+ visitors. Energy self-sufficiency sits at 65%.

Loccioni’s growth trajectory continues apace, with physical expansion made possible by the River Project, while the company has also had a reputational boost from its endeavors. It has regularly featured on the ‘Great Places to Work’ list, while 2015 saw Loccioni prominently featured at the Milan Palazzo Italia EXPO exhibition – celebrating ‘The Power of Limits’. In 2018, the project was selected by the Biennale di Venezia as a leading case study for revitalization, receiving high praise for creating ‘a new harmony between man and nature’.

The intangible value the project has created has thus benefitted the company, its employees, and the local environment, as well as providing a blueprint for harmonizing public and private; profit, value and beauty; and nature and technology.

Loccioni has achieved all of this by embracing the Esino and turning a threat into an asset. Agility and an appetite to overcome adversity are essential. As the environmentalist David Brower remarked, “we must begin thinking like a river if we are to leave a legacy of beauty and life for future generations”.