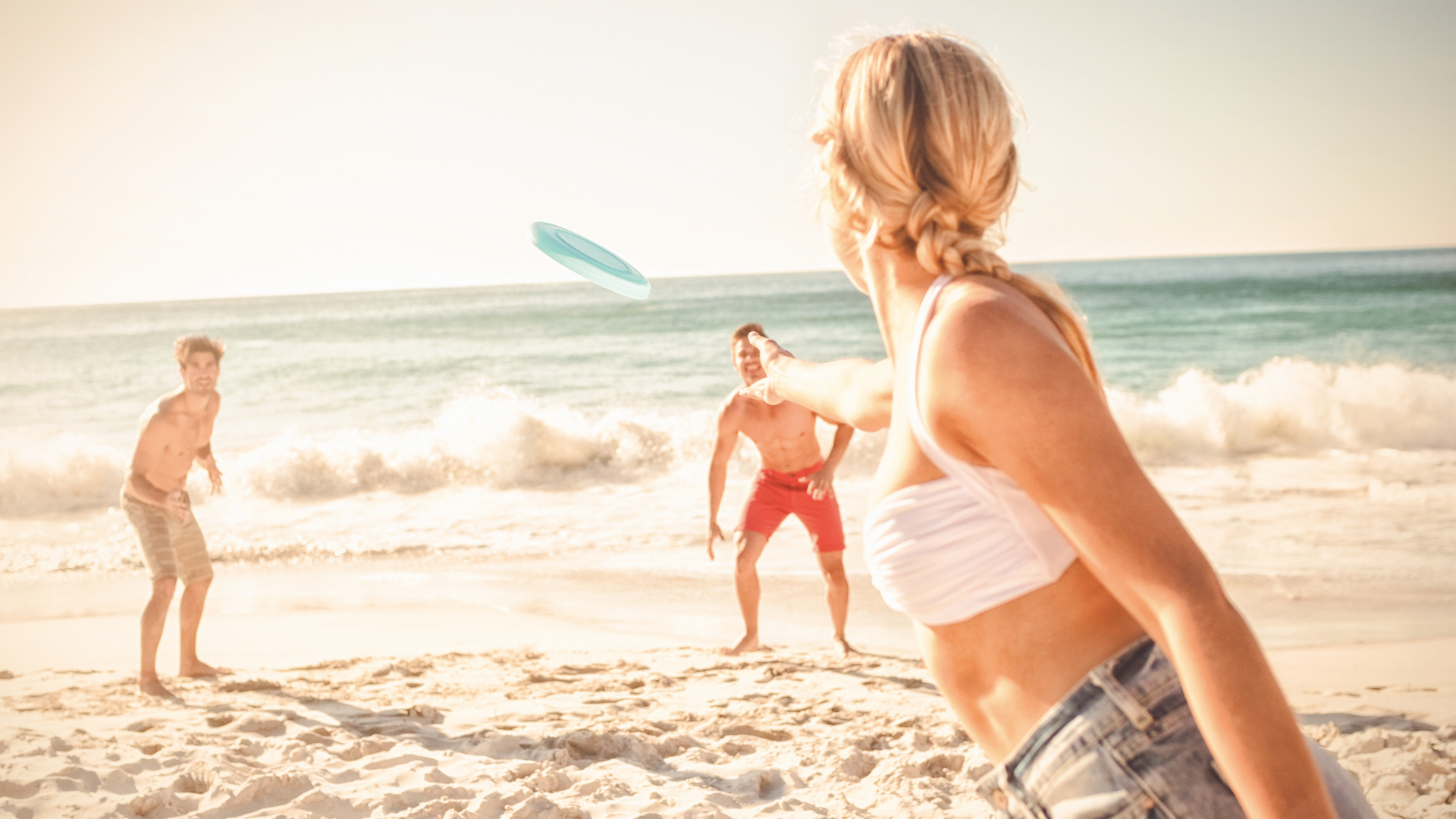 Duplays co-founder and CEO Ravi Bhusari shares his tale of how the flight of a frisbee gave birth to a community that has since soared to more than 100,000 members. Not many entrepreneurs can claim that flinging a frisbee was the first smart decision that would propel them to professional prosperity. He did not know it at the time, but for Bhusari this was Duplays’ genesis moment.

The frisbee has come to represent the sports and networking platform’s journey from inception to today. Like the frisbee, Duplays had a rapid launch, powered by the energy and fervour of Bhusari and co-founder Derv Rao. It has also had to change its trajectory mid-flight, showing resilience to course-altering winds of change and adapting, too, to the tailwinds of success.

Sports-enthusiast Bhusari’s own journey began in Montreal, Canada – though he grew up in Saudi Arabia. An engineer, he studied for his MBA in Toronto before setting off for the Middle East in summer 2006.

“Conventional jobs didn’t really interest me. So I packed my bags for Dubai and – like most entrepreneurs – hoped to find adventure, excitement and fortune.”

In Dubai, he gravitated to social spots and institutions as many other expats did. He enjoyed the culture and lifestyle. But something was missing.

“I was holding a beverage instead of a basketball.”

Bhusari and others craved a setting something like the sports and social clubs he had frequently seen in Toronto. But he did not build a club; he built a community.

“Most entrepreneurs start a business based on personal experience. Ours was no different,” he says. “Moving to a new place can bring loneliness for people. We wanted to find a way to connect social people online, to enable them to connect offline and continue playing the sports they all loved growing up. The idea was to use sports as a wholesome way to connect and build social relationships.”

Two things were key in the nascent days of Duplays, and most business leaders will recognize both: one was technology; the other was the need for ‘a hook’, something to turn heads.

“Originally we built an online platform, post-Facebook,” Bhusari explains. “The strategy and DNA was always to have that platform as an efficient way of connecting disconnected groups.”

“Ultimate frisbee was quirky enough to help put us on the map, so we had additional interest-through-intrigue. It was a good differentiator.”

Inspired by the Toronto Sports & Social Club, Bhusari’s goal was to institutionalize a similar model in Dubai. Ad hoc sports options were available, but none had the formalized community behind it which Duplays sought to achieve.

“We’re proud to have innovated – looking at models I’ve seen elsewhere – and it’s rewarding to see that resonate here. We formalized it in an easy and seamless way. Pay, sign up, check rosters, fixtures and tables all in one place. There was a gamification and competition element, but mostly we were creating connections through sport.”

By focusing on community, Duplays has organically grown its own army of ambassadors, keen to improve their own experience while also sharing it with others.

“If you’re an iPhone or Android user, you’re likely very loyal to your phone, but probably won’t push it onto others because the network effects are limited,” says Bhusari. “But if you have a good experience at Duplays, sharing that enhances your own experience – through more sports, fixtures, choice, competition and so on.”

The ultimate plan for the business is to be the largest participatory sports platform in the MENA region, bringing together sport services, technology, and facility management.

“It’s the Booking.com for sports.”

After initial success, things can get tough. That’s start-up life. Bhusari knew that, while he wanted his idea to fly, he must remain grounded.

“We’ve had winning seasons and losing seasons. We’ve seen it all over the past 10 years,” he says. “No business has unbridled success with no setbacks. Equally important is the humbling experience of the tough times.”

In those tough times, having a supportive community to rely on can be a powerful reminder of your original goals, as well as of how far you have already come. For a business leader, this can be as invigorating as finding comfort and validation in the financials and the numbers.

Bhusari wants to pay this forward. His latest launch, nook, is focused on sports, fitness and wellness co-working. Again, community is at the heart of the business. Where Duplays brought together people interested in playing and connecting through sports, nook does the same for entrepreneurs. Personal trainers, physios and others in the industry can benefit from a flexible physical location and a network of like-minded professionals.

“Inspired by co-working models in the West, we offer office space per chair, not per office. nook will enable the next Duplays to arrive and thrive.”

Connections from the heart: From Duplays to ‘I do’

Duplays’ community continues to thrive, building a camaraderie both online and offline. Business deals have been signed on the sports field, while in 2011 Duplays members broke a Guinness World Records by conducting the longest soccer match, at 42 hours 7 minutes.

Strategic partnerships with corporates in the region, as well as academic institutions and the Abu Dhabi Health Authority are further signs of continuing success, and 2015 saw Duplays selected as a Dubai SME100 company.

“We even had a wedding proposal on the home plate of Duplays’ softball league. The couple met through their Duplays membership, and the community becomes your de facto family, so we’re proud of the connections we’ve helped to create.”

Not bad, for what started as a game of pick-up frisbee!