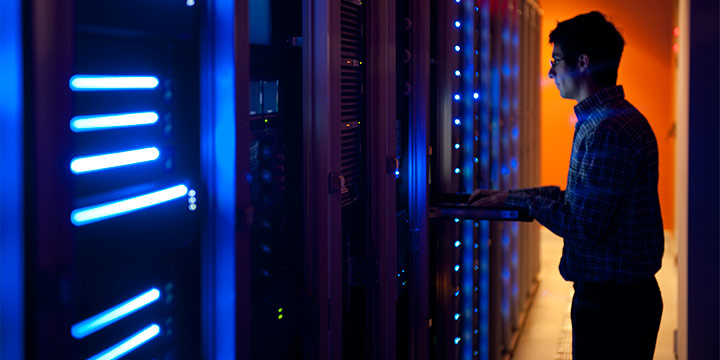 How Cyber Criminals Are Attacking

Anti-virus software plays an important role in cybersecurity. When employees fail to discover malicious activity on their workstations, anti-virus software is the next line of defense. However, no anti-virus software is 100 percent effective. Anti-virus solutions come with various security mechanisms, but what happens when attackers find a method to manipulate these security mechanisms for their own gain? This post details the steps an attacker can use to manipulate the scanning exceptions in Symantec Endpoint Protection (SEP) and discusses methods to prevent such an attack.

What Are Scanning Exceptions?

Scanning exceptions are a set of rules that specify trusted files, folders, or processes. Trusted items will not be scanned by SEP for viruses, making them a prime target for attackers. If an attacker is able to inject a rule into the scanning exceptions, he or she may be able to plant viruses on the system that will go undetected.

Before an attacker can change the scanning exceptions, he or she must first gain access to a workstation without being detected by anti-virus software or an employee sitting at the workstation. This may be done through social engineering, password guessing, or the exploitation of vulnerable software. Once the workstation has been compromised, the attacker must have administrative privileges on the workstation to modify the workstation’s registry settings.

Under normal circumstances, when creating a scanning exception in SEP, the rule would be saved in the computer’s registry. To go undetected, an attacker may use a command prompt to perform various tasks on the compromised workstation as opposed to using a graphical user interface. The command prompt allows the attacker to make modifications to the computer’s registry, and thus make changes to SEP exceptions without the need to restart the workstation. Here are the steps an attacker likely would follow to add a custom exception:

Note: The following registry paths may vary depending on the system’s architecture.

Once the exception has been made, the attacker will place the virus on the system in the specified file path. To do this, the attacker can create a share that provides access to the folder. The following steps detail how this can be accomplished:

Additionally, workstations should be assessed to verify that domain users do not have local administrative privileges. The Microsoft PowerShell™ scripting language can be used to accomplish this by first obtaining a list of computers on the domain and then checking each computer for local administrator accounts.

When a legitimate scanning exception is made, the permissions on the file or folder that the exception is being made for should be investigated. If an attacker could delete a legitimate file and replace it with a malicious file, SEP would not be able to detect it. NTFS permissions should be configured to prevent any modification of these files. This can be done via Microsoft Group Policy (Computer Configuration > Windows Settings > Security Settings > File System) by selecting a file or folder and specifying the permissions on the folder.

Scanning exceptions should be focused on specific files or folders as opposed to a file extension. Creating an exception for a general file extension allows an attacker to create a malicious file with the same extension to avoid detection. In addition, folder exceptions should be made in the closest location to the files that the exception is made for. For example, if multiple files exist in the “C:\Temp\Exceptions\” folder, the “C:\Temp\Exceptions\” folder should have an exception, and not “C:\” or “C:\Temp\”.

The SEP client has a setting called “Tamper Protection” that, when enabled, will protect the portion of the system’s registry that stores the SEP settings. This will prevent users, administrators, and attackers from modifying the registry directly in order to create an exception. However, the action that SEP should be configured to take should include blocking attempts to tamper or shut down Symantec security software. If SEP is set to only log attempts to tamper with SEP settings, exceptions can still be made via the system’s registry.

The registry setting “HKLM\Software\Symantec\Symantec Endpoint Protection\AV\Exclusions\ClientRiskExceptions” reflects whether or not the SEP client is allowed to make custom scanning exceptions. Using the Symantec Endpoint Protection Manager (SEPM), this setting should be locked (with a value of 1 in the registry) to prevent changes from being made in the registry. This will force exceptions to be made by an administrator in the SEPM.

What Are You Doing to Prevent an Attack?

Layering the controls outlined here is the best way to prevent an attack on anti-virus software. Are your controls layered to mitigate an attack that creates a scanning exception in SEP in order to plant a virus? Let us know what you are doing to try to prevent this kind of attack.

Microsoft, Active Directory, and PowerShell are either registered trademarks or trademarks of Microsoft Corp. in the United States and/or other countries.