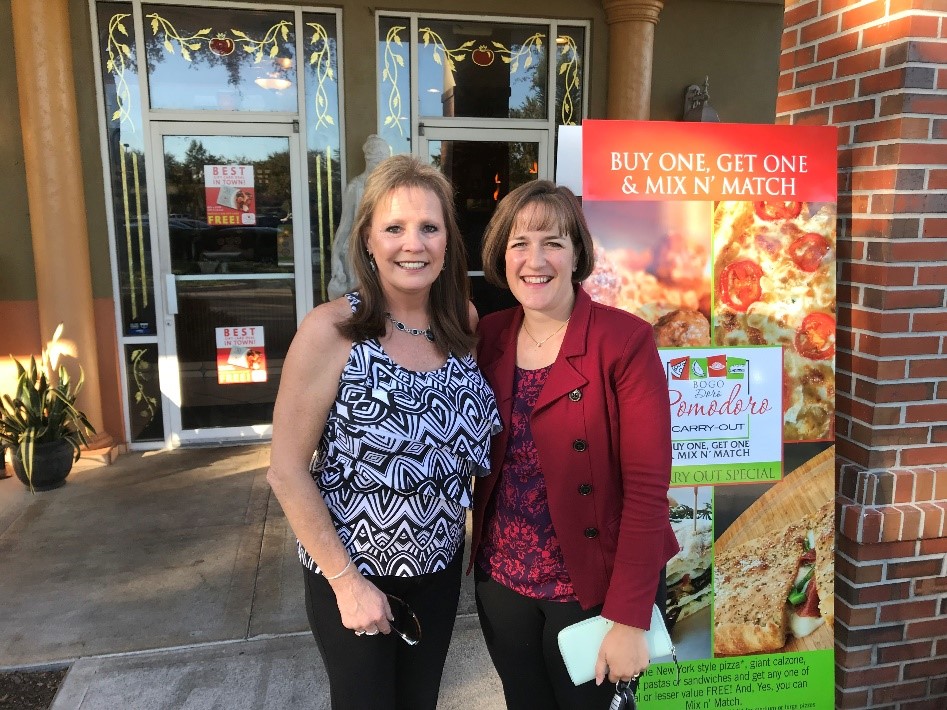 When she was a student at the University of Notre Dame in 2000, Stephanie Cerney (South Bend) had a classmate who was undergoing leukemia treatment. Wanting to do something to help, she signed up with the bone marrow registry to see if she could be a possible donor. While she wasn’t a match for her classmate, six years later she was contacted and told that was a perfect match for Deborah Mercer, a Georgia woman suffering from acute lymphoblastic leukemia. A bone marrow transplant was Deborah’s only hope as doctors said she had no chance of surviving this severe and fast-moving cancer without a transplant. “Donation was a no-brainer for me,” said Stephanie, who didn’t hesitate to help. Stephanie underwent a battery of tests to make sure she was healthy enough to donate, took medicine to increase her stem cell production – she even stopped nursing her 11-month-old daughter because of the medicine. Then she had her cells harvested for the transplant – the cells that saved Deborah’s life.

Last month, Stephanie and Deborah met for the first time, while Stephanie was travelling to Gainesville, Fla. for client work. They had been in touch over the years, exchanging holiday cards and connecting on social media, but they had always hoped to meet in person someday. “It took 10 years but we finally did it,” Stephanie said. “It was very surreal to meet someone who has my blood. We’re like blood relatives now,” Stephanie said. “Deborah even has allergies now, which she never had before. I have several allergies and the doctor said it’s plausible she inherited them from me.” Stephanie hopes to be able to help more people in the future so she continues to donate blood every eight weeks. “My life has been enriched by this whole experience,” said Stephanie. “How can you get so much out of doing so little?” Read more about Stephanie and Deborah in the recent Gainsville Sun article.