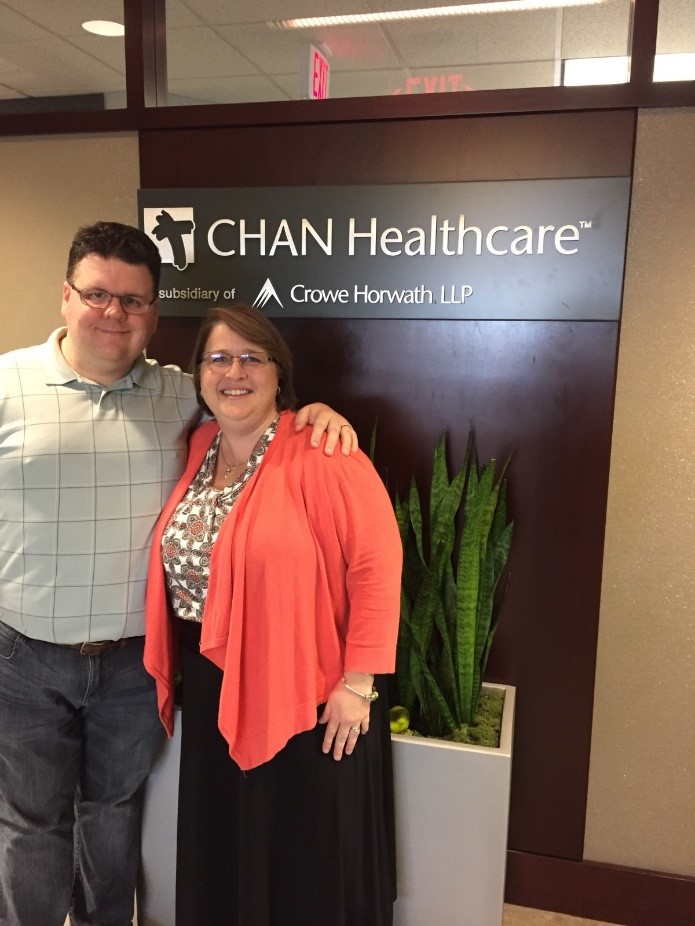 Twenty years ago, JoAnn Hicks (Off-site) and George Sirois (St. Louis) worked together at an Arby’s in Henrico, Va., while he was in high school and she was in college. They enjoyed working together at the family-owned franchise, but they eventually went their separate ways and didn’t stay in touch. That changed when they discovered both are now employed at Crowe. JoAnn joined Crowe in 2014 and George in 2015. Both were among several participants on a bi-weekly call, and it took them a while to make the connection. “It was only when she reached out to me and asked if I ever lived in Virginia that I took another look at her picture and asked if she ever worked at Arby's,” George recalled. “When we discovered who the other was, we both felt astonished and excited.”

Though a lot has changed over the years, George and JoAnn still see some of the same qualities in each other. “George has always been friendly and helpful to customers and co-workers,” JoAnn said. “George can easily talk with any type of person showing no hesitation in being confident in himself and treated everyone with the same level of respect.” said JoAnn. George added, “JoAnn always leads by example. She is not afraid to get into the scrum. She takes time to learn the business in and out and finds a way to be a part of every aspect.” With George based in St. Louis and JoAnn in Richmond, they’re making sure to stay connected now via Skype and emails.